Home » Woolworths hits back at ACCC over $550 million PFD deal

Supermarket giant Woolworths has hit back against the competition watchdog’s claims its proposed undertaking with acquisition target PFD may be hard to enforce, arguing the deal was similar to others approved by the regulator in recent years.

Woolworths is seeking regulatory clearance to buy 65 per cent of food services company PFD for $550 million. On Tuesday, the Australian Competition and Consumer Commission (ACCC) asked for public consultation on a proposal by the two companies designed to allay any competition concerns arising from the tie-up. 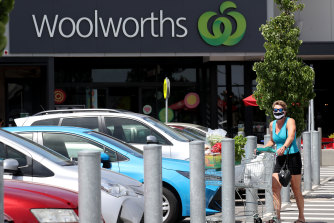 Woolworths has hit back at the ACCC’ suggestion that its behavioural undertaking may be difficult to enforce.Credit:Getty

In the proposal, Woolworths said it would run the two businesses separately for three years. The PFD board would also have to impose confidentiality protocols regarding certain suppliers and abide by a charter.

The move prompted scepticism from ACCC boss Rod Sims, who noted that similar proposals in the past had been difficult to enforce and said the deal may need some work even if it was given a tick by the market.

Woolworths’ chief legal officer Bill Reid said the undertaking was similar to many others accepted by the ACCC in the past and had been drafted “in good faith” to provide further assurance to suppliers that the retailer would not engage in anti-competitive behaviour.

“The undertaking contains commitments and operational elements, which are similar in character to those accepted by the ACCC over many years in other industries,” Mr Reid said.

“It also includes comprehensive auditing provisions, which require an independent auditor to monitor and report to the ACCC on our compliance with the undertaking on an ongoing basis.”

The ACCC has approved or suggested measures in the past that would see companies run divisions separately or ring-fence information so it is not shared with certain parties, including in the matter of logistics company Qube’s takeover of Australian Amalgamated Terminals in 2016.

In response, Mr Sims stressed his comments were general in nature and not specifically in relation to Woolworths’ proposal, but noted the regulator had found behavioural undertakings problematic in the past. 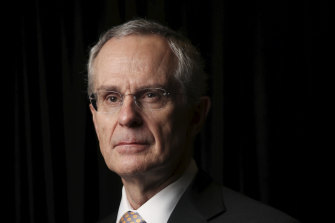 This was typically due to the companies involved understanding their industry better than the ACCC did, Mr Sims said, with the regulator being a “jack of all trades, master of none”.

On Tuesday, Mr Sims also raised the question of what would happen to Woolworths’ commitments once the stipulated three-year term was over. Mr Reid said the timeframe was in place because the undertaking was a legal document, but the company’s commitments to suppliers were “not time-bound and will endure”.

The ACCC has raised three key issues with Woolworths’ acquisition, namely that the deal may increase the supermarket giant’s already substantial bargaining power when dealing with suppliers and lessen competition in the wholesale food distribution industry.

While Woolworths argues there are “no substantive competition concerns” arising from the deal, the proposed acquisition has drawn the ire of many in the industry, including a raft of industry bodies which on Thursday released a statement saying the undertaking “did nothing”.

”If the consequences of this transaction weren’t so serious, it would be laughable that Woolworths has proposed undertakings it says will preserve competition while in the next breath admitting they could be rolled back within three years subject to fine print,” said Richard Hinson, the chairman of Independent Food Distributors Australia (IFDA).

Mr Sims said the core goal of publishing the undertaking was to get comment from the public and other industry participants.

“We want others to comment on whether this is workable and if this addresses the problem,” he said.

“I really want to hear what people in the industry make of all this.”