A major venture capital firm backed by telecommunications giant Telstra says Australian superannuation funds are starting to allow assets they manage to be invested in crypto to chase the massive returns offered by the nascent sector.

Yash Patel and Saad Siddiqui, general partners at $770 million VC firm Telstra Ventures, said agreements between venture capitalists and their super fund investors were being rewritten across the board in order to permit investment in the crypto sector. 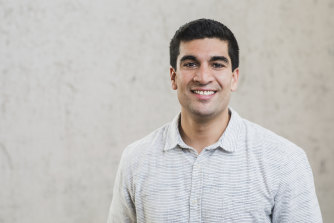 “In general, we are seeing sort of these […] mandates get renegotiated to include crypto as part of the definition of what they can and can’t invest in,” Mr Patel said.

“Historically it was a vague or gray area, but there is an education process and, in some cases, intense renegotiation happening because I think both sides recognise it’s a win-win situation.”

Australian superannuation funds have so far been largely averse to investing in the risky cryptocurrency industry, however some have indicated they are researching the sector. Rest Super recently told its 1.8 million members that the asset class was a good investment in the face of rising inflation.

Mr Patel said Telstra Ventures had been chatting to its own super fund investors about crypto, noting that while they had their “eyes wide open”, Australian funds were more risk-averse than their US counterparts.

“Inflation is hitting all-time highs, and liabilities across a lot of these superannuation funds, retirement funds, pension funds are increasing to keep up,” Mr Siddiqui said. “So [they] are looking to add more [market-beating investments] to their portfolio just to keep up with that demand.”

Telstra Ventures was spun off from its namesake parent in 2018, though the telco remains one of its cornerstone investors. It oversees around $770 million in investments and has had a number of high-profile investments it exited when they were sold or listed on the stock exchange, including Snap, BigCommerce and DocuSign.

The fund is upping the ante on its own crypto investing, though it’s stopping short from investing in the assets themselves, choosing instead to take stakes in companies building supporting infrastructure. These include digital asset exchange FTX and enterprise-grade blockchain infrastructure provider Blockdaemon.

This is a similar approach to many other funds, including BetaShare’s CRYPT exchange-traded fund, as many firms are still reluctant to invest directly in crypto due to the regulatory uncertainty which surrounds the asset class.

However, Telstra Ventures hasn’t ruled out buying crypto tokens as a direct investment, with Mr Patel acknowledging the practice was becoming more and more common in the VC world due to the allure of potential significant returns.

“We’re actively exploring the implications of tokens versus equity or the possibility of a hybrid approach,” he said. “But it’s all converging, are we venture investors? Are we token traders?”

“Saad was sending me a deck of this hybrid venture-slash-crypto hedge fund that will sustain a 50-times return, so that’s why we have to as a fund look at this. It’s painfully obvious we should be exploring this in a much bigger way.”