Home » World News » What Would Happen If U.S. Schools Close Because Of Coronavirus?

The world is on high alert as cases of the new coronavirus, named COVID-19, continue to bubble up across the globe. On Thursday, Japan took the extraordinary step of asking all schools in the country to close for about a month in an effort to curb contagion.

Should the coronavirus begin to spread throughout the U.S., as the Centers for Disease Control and Prevention warned on Wednesday, American schools could also be subject to mass closures, creating a potential mess for working parents and the economy.

Bothell High School in Washington state was closed Thursday after a staff member’s relative fell ill following international travel. The family member is being tested for coronavirus while the school disinfects the campus.

The CDC has encouraged parents to start asking their local schools about contingency plans.

Nancy Messonnier, director of the CDC’s National Center for Immunization and Respiratory Diseases, said school closures would be one of the most effective measures local governments can take to mitigate the spread of the virus. She acknowledged that some parents would miss work.

“I understand this whole situation may seem overwhelming and that disruption to everyday life may be severe,” Messonnier said. “But these are things that people need to start thinking about now.”

In a guidance document for employers, the CDC said firms should prepare for “possible increased numbers of employee absences due to illness in employees and their family members, dismissals of early childhood programs and K-12 schools due to high levels of absenteeism or illness.”

The broader economic impact of widespread school closures could be significant, said Dean Baker, an economist with the progressive Center for Economic and Policy Research and a visiting professor at the University of Utah. Some companies would be unable to fill orders due to absent workers, and customers could face longer wait times for services. Workers, for their part, could lose income and have to cut back on spending.

“All in all, it is likely to be a really big deal if it comes to schools shutting across the country,” Baker said.

A team of researchers evaluated the impact of an unplanned eight-day school closure due to flooding in rural Illinois in 2013. In a survey of families, 17% said they struggled with uncertainty about the duration of the closure, making alternate child care arrangements, and losing pay.

The report, which was published in the Journal of School Health in 2017, said unplanned school closures can be particularly difficult for low-income households.

Workers without paid sick leave, who make about 30% of the private sector workforce, will be hit the hardest, Kashen said, while office professionals and other white-collar workers will likely have the flexibility they need to take care of their kids.

“It’s just a reminder of how much we need child care for all,” Kashen said, referring to the movement to make tuition-free child care available to all Americans through public funding appropriated by the federal government.

Access to paid sick leave is particularly low among Latinx workers, said Vicki Shabo, a senior fellow at New America and an expert on workplace equity. Undocumented immigrants or any individual with a vulnerable immigration status may worry about trying to assert any workplace rights they have to stay at home with their children during a potential outbreak.

“Employers hold a lot of power in this scenario,” Shabo said. “It leaves the workers who really don’t have much voice in their workplace or guaranteed time off very vulnerable to economic loss and job loss.”

Parents who cannot afford to risk losing their jobs by staying home during school closures may be forced to leave their child alone or with an older sibling, or make unpredictable care arrangements that could present potential safety concerns, Shabo said.

The CDC’s Messonnier said she told her children this week that while they’re not at risk right now, they need to prepare for disruptions to their lives. She said she called their school and asked about their plans, and encouraged others to do the same.

“You should ask your children’s school about their plans for school dismissals or school closures,” Messonnier said. “Ask if there are plans for teleschool.”

Beyond interruptions to education, school closures could create additional financial stress for families who depend on school-based services such as meals subsidized by the National School Lunch Program and School Breakfast Program. Roughly 22 million children rely on free or reduced-price lunch at school and are eligible for free breakfast.

“It’s the same situation that happens in the summer when kids go hungry,” Shabo said. “Certainly some school districts have dealt with that at a predictable time, but if you’re talking about a public health emergency, obviously that’s not the same planning and …  risk of contagion could limit this.” 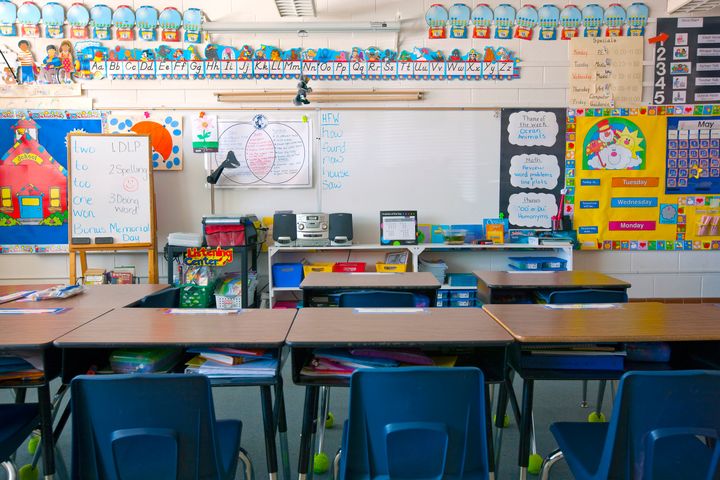 The World Health Organization declared the coronavirus outbreak a “public health emergency of international concern” on Jan. 30. The death toll from COVID-19 surpassed 2,800 worldwide as of Thursday afternoon, with the vast majority of cases in mainland China, where the virus originated. China has reported more than 77,000 confirmed cases. At least 59 Americans have been diagnosed with coronavirus, according to the CDC’s website.

Japanese Prime Minister Shinzo Abe said blanket closure of all schools in the country was meant to put “a priority on children’s health and safety,” though some medical professionals thought the action was premature, noting that children do not seem to be easily susceptible to the virus.

There is some evidence that children affected with the virus have relatively mild symptoms, including runny nose and cough, though there’s still a lot that researchers don’t know about it.

“It seems really extreme and really sudden,” Chelsea Szendi Schieder, an associate professor of economics at Aoyama Gakuin University in Tokyo, told The New York Times of the school closures in Japan. “And the implications for people and their daily lives is going to be so big that I’m not sure it’s worth it in terms of public health.”

It’s unlikely the entire U.S. national school system would shut down, said Mark Zandi, chief economist at Moody’s Analytics, but such a scenario would be “highly disruptive to the economy” if it did occur.

“There are approximately 30 million families with children,” Zandi said. “If schools and day care centers are closed nationwide, and say, a parent in 10% of these families can’t go to work because they need to take care of their children, then employment would decline by as much as 3 million jobs. Millions of others may have to cut back their hours to get home to take over from caregivers.”

Parents who work in the service industry, such as restaurant workers or housekeepers, could be impacted significantly. About 48% of these workers don’t have access to paid sick days.

Kashen, of the Century Foundation, said she hasn’t heard many parents talking about their plans for child care should schools close.

“Probably, in part, because there’s not a great option,” she said. “No great answers besides relying on neighbors, friends and families.”