Home » World News » What are the green and orange dots on an iPhone? How to tell when apps are using your mic or camera

If you’re an iPhone user, you may have noticed that an orange dot and a green dot now occasionally appear in the top corner of the screen.

These dots are called indicator lights, and they alert users to when an app uses their camera or microphone. This new feature is part of Apple’s wider push to protect its users’ privacy.

When an orange dot appears in the top-right corner of your screen — right above your cellular bars — this means that an app is using your iPhone’s microphone.

For example, if you’re recording a reminder using the Voice Memo app, the orange dot will appear. The orange dot also appears when making phone calls or using the Siri function. 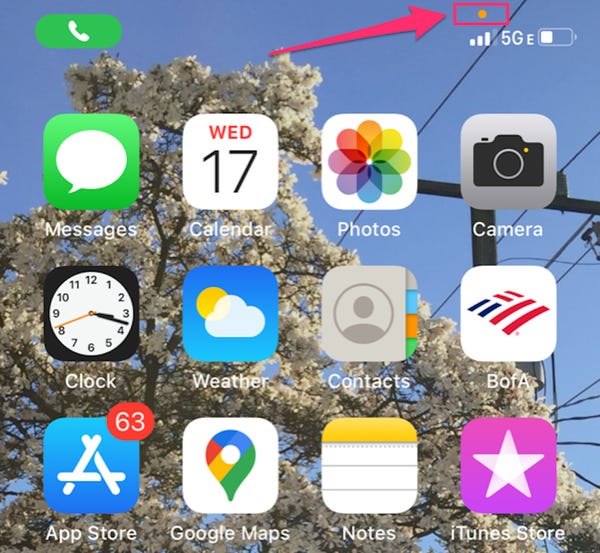 When the green dot appears in the top-right corner of your screen — also right above your cellular bars — it’s an indication that an app is using your iPhone’s camera, or both its camera and microphone.

For example, if you open Instagram and use the Stories feature to make a video with sound, the green light will appear to indicate that the app is using your iPhone’s camera and microphone. It’ll also appear when you place a FaceTime call. 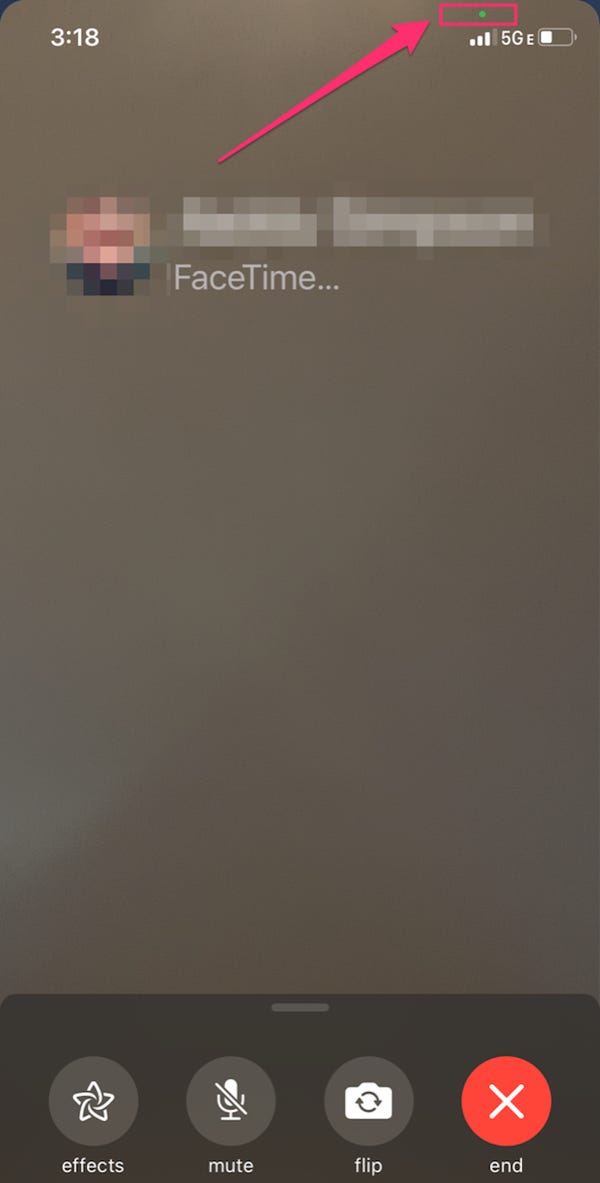 Apple makes it simple to find out what app is using your iPhone’s microphone or camera.

When a green or orange dot appears, simply swipe down from the screen’s top-right corner to access the Control Center. At the top, the name of the app will appear, along with whether it used your phone’s camera or microphone.

For example, if you used Instagram, it should read “Instagram, recently” with an icon of either a camera or a microphone. 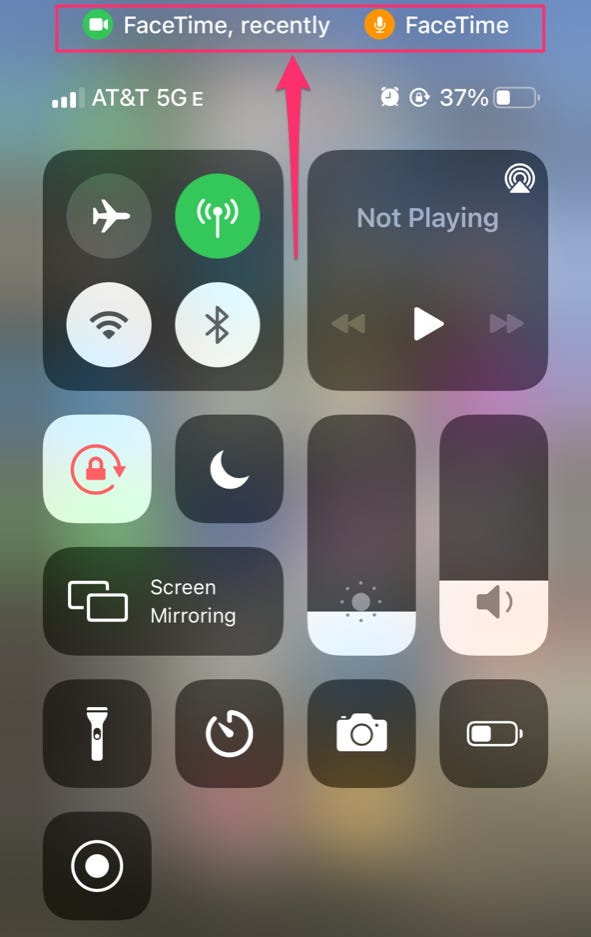 Why the indicator lights matter

With the iOS 14 update, Apple introduced a number of new tools to help users protect their privacy, and force apps to be more transparent with how they use your phone.