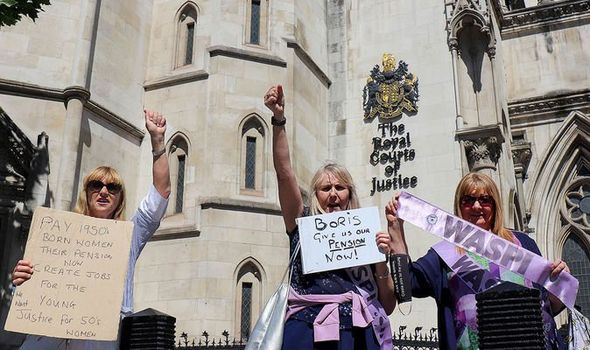 Julie Delve, 62, and Karen Glynn, 63, who are both part of the campaign group Backto60, took the Government to court over state pension age changes, have today lost their appeal. The unanimous decision by three senior judges said that despite feeling sympathy for the women affected, the state pension age did not amount to unlawful discrimination under EU or human rights law.

The senior justices said: “Despite the sympathy that we, like the members of the Divisional Court (High Court), feel for the appellants and other women in their position, we are satisfied that this is not a case where the court can interfere with the decisions taken through the Parliamentary process.”

Joanne Welch, the founder of BackTo60, told The Independent: “The legal team is actively considering a Supreme Court appeal.

“1950s women who support full restitution were not created to retreat nor run from the opposition. We have armour to keep moving forward and we stand strong.”

The appeal followed a judicial review into the state pension age changes for women. 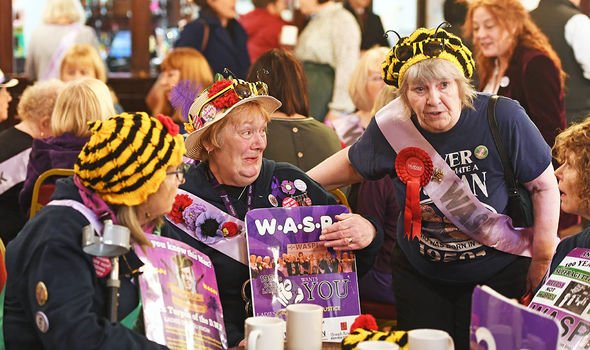 In the past, the state pension age was 60 for women and 65 for men.

In November 2018, the state pension age for women reached 65 – the same as men – and now the age is rising for both sexes.

Another group of state pension age campaigners is WASPI. 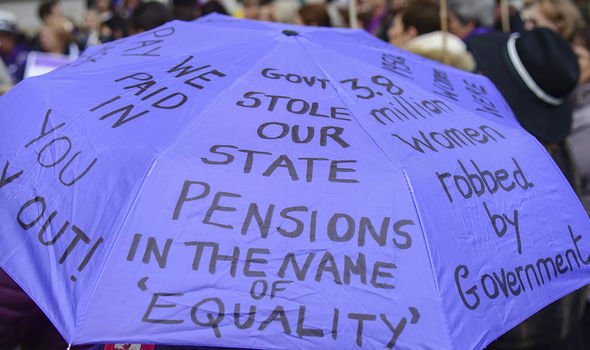 This group is calling on the Government to implement transitional arrangements to end the financial difficulties affected women have faced “because of the way the changes in 1995 and 2011 Pension Acts were implemented”.

Following the ruling, a spokesman for the WASPI campaign today told Express.co.uk: “Many women will be disappointed today at the judgement from the High Court.

“Women Against State Pension Inequality will continue to campaign for what we believe is achievable and affordable.

“Compensation for women who have been unfairly disadvantaged with a rapid increase to their State Pension age (SPa). 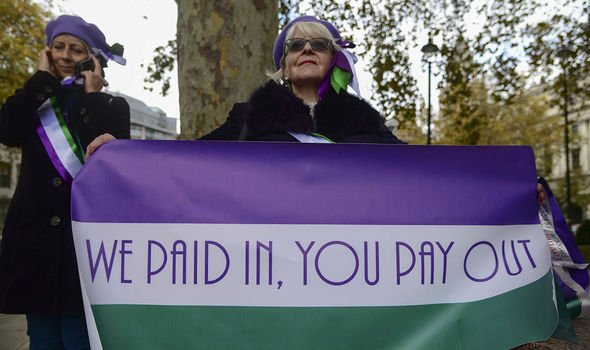 “WASPI is not opposed to the equalisation of the SPa with men but it was done without adequate notice, leaving no time to make alternative arrangements.

“Women were informed directly some 14 years after the SPa was first changed, many only given 18months notice, of up to a six-year increase, many others were not informed at all.

“This left their retirement plans shattered. The Parliamentary and Health Service Ombudsman is currently considering six sample cases of maladministration out of the thousands of complaints made to the DWP (Department for Work and Pension) by WASPI women.

“Their progress is reported here. We hope there will be no further delay in their consideration of this matter.”

A DWP spokesman said: “We welcome the Court of Appeal’s judgment. Both the High Court and Court of Appeal have supported the actions of the DWP, under successive governments dating back to 1995, finding we acted entirely lawfully and did not discriminate on any grounds.

“The claimants argued that they were not given adequate notice of the changes to State Pension age.

“We are pleased the Court decided that due notice was given and the claimants’ arguments must fail.

“The Government decided 25 years ago that it was going to make the State Pension age the same for men and women as a long-overdue move towards gender equality. Raising State Pension age in line with life expectancy changes has been the policy of successive administrations over many years.”