A bill introduced by a Democratic state lawmaker in Washington on Friday would prohibit the “inappropriate” use of Native American names, symbols or images for public school mascots, logos or team names.

There are currently 31 schools in the state that have Native American-linked mascots, Q13 FOX of Seattle reported.

The bill, led by state Rep. Debra Lekanoff, says although the use of indigenous mascots may be “premised on the promotion of unity or school spirit, their use fails to respect the cultural heritage of Native Americans and promote productive relationships between sovereign governments.”

The bill adds that the United States Commission on Civil Rights and other organizations have concluded that the use of Native American images in schools is a “barrier to equality and understanding, and that all residents of the United States would benefit from the discontinuance of their use.” 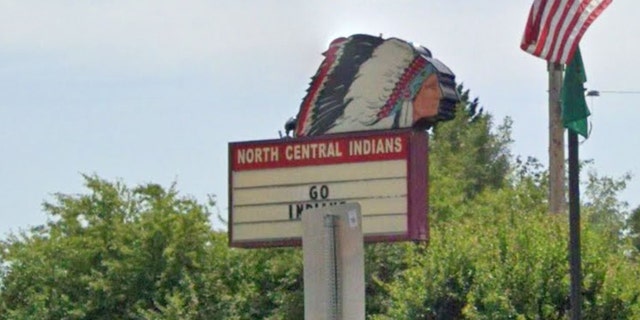 North Central High School in Spokane is one of two high schools in the state that uses "Indian" as its mascot name, according to Q13. The other is Renton High School on the other side of the state.
(Google)

Lekanoff, a Democrat who is Tlingit and Aleut, is the only indigenous woman in the state legislature, according to Q13.

The bill, if passed, would go into effect in 2022 and would not include schools on tribal lands.

Lekanoff in a statement called indigenous-linked mascot usage “degrading” and said through it Native American people are treated “no different than a token.”

“This bill is a small change that will bring about healing and show respect for our Native American neighbors and friends,” she added. “It will give people some hope.”

“It’s really dehumanizing of Indigenous people,” he said, adding the school had a Native mascot until 2000 but changed it to a hawk.

Its sports teams’ nickname, the Red Raiders, will soon be changed as well, he said.

“This time around we really want to make sure we get it right for not only the indigenous students at our school but also the community who’s been affected by different attitudes and discriminations that our mascot has long represented and been a manifestation on,” he added.

The Washington State Board of Education adopted resolutions in 1993 and 2012 encouraging school districts to re-examine policies and discontinue the use of Native American mascots, according to Lekanoff.

The bill follows other high-profile controversies over indigenous names and mascots like the former Washington Redskins football team in Washington, D.C., which now calls itself the Washington Football Team.