Home » World News » Volkswagen’s new fifth-generation Caddy Highline is a whole new van to look at, sit in and drive

A FEW years ago I lapped the M25 almost seven times non-stop in a Caddy.

I bet someone that the Bluemotion diesel would do 800 miles on a tank. 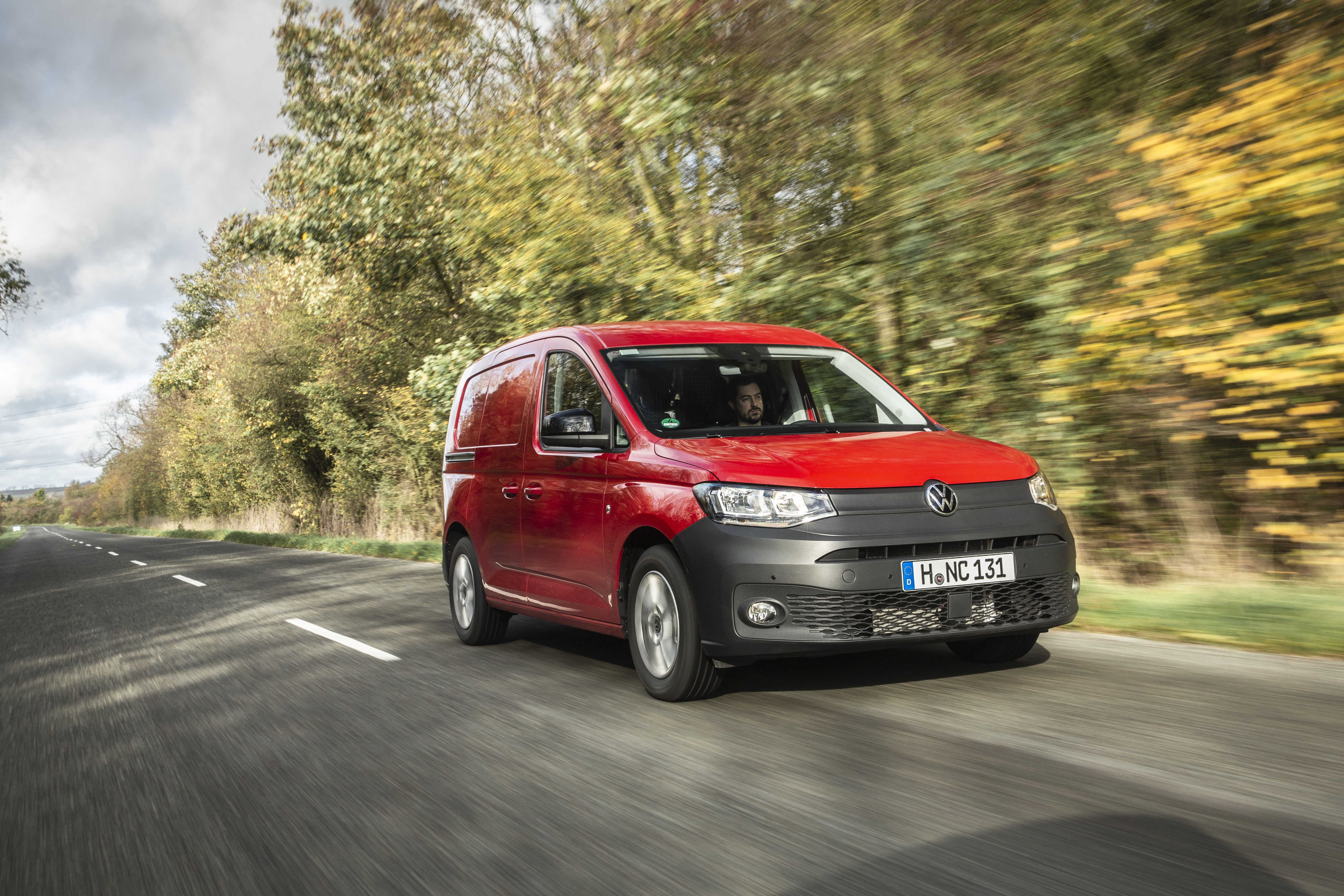 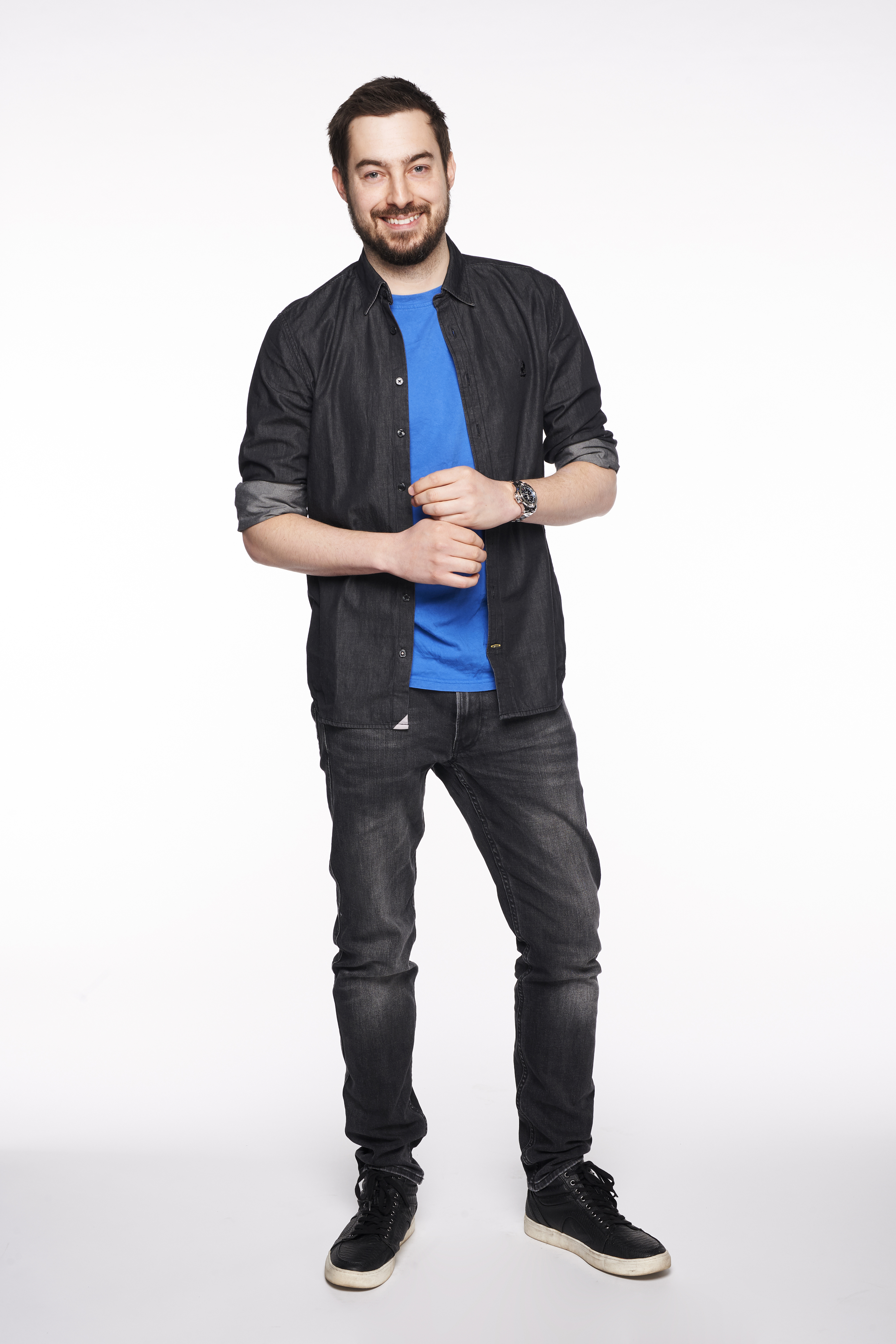 It was close. It did 758 miles but I won’t lie, it was crushingly boring, and I lost the bet.

This time, with Volkswagen’s new fifth-generation Caddy, I thought I’d go somewhere more interesting, like London to Edinburgh and back, which is also 800 miles.

Except I can’t do that. Nicola Sturgeon wouldn’t let me in.

You see the new Caddy should smash that journey thanks to its brand-new chassis, based on VW Group’s MQB platform, and a cleaner and more refined 2-litre diesel with 75hp, 102hp or 122hp.

It has a smart new twin-dosing AdBlue system to lower NOx emissions. 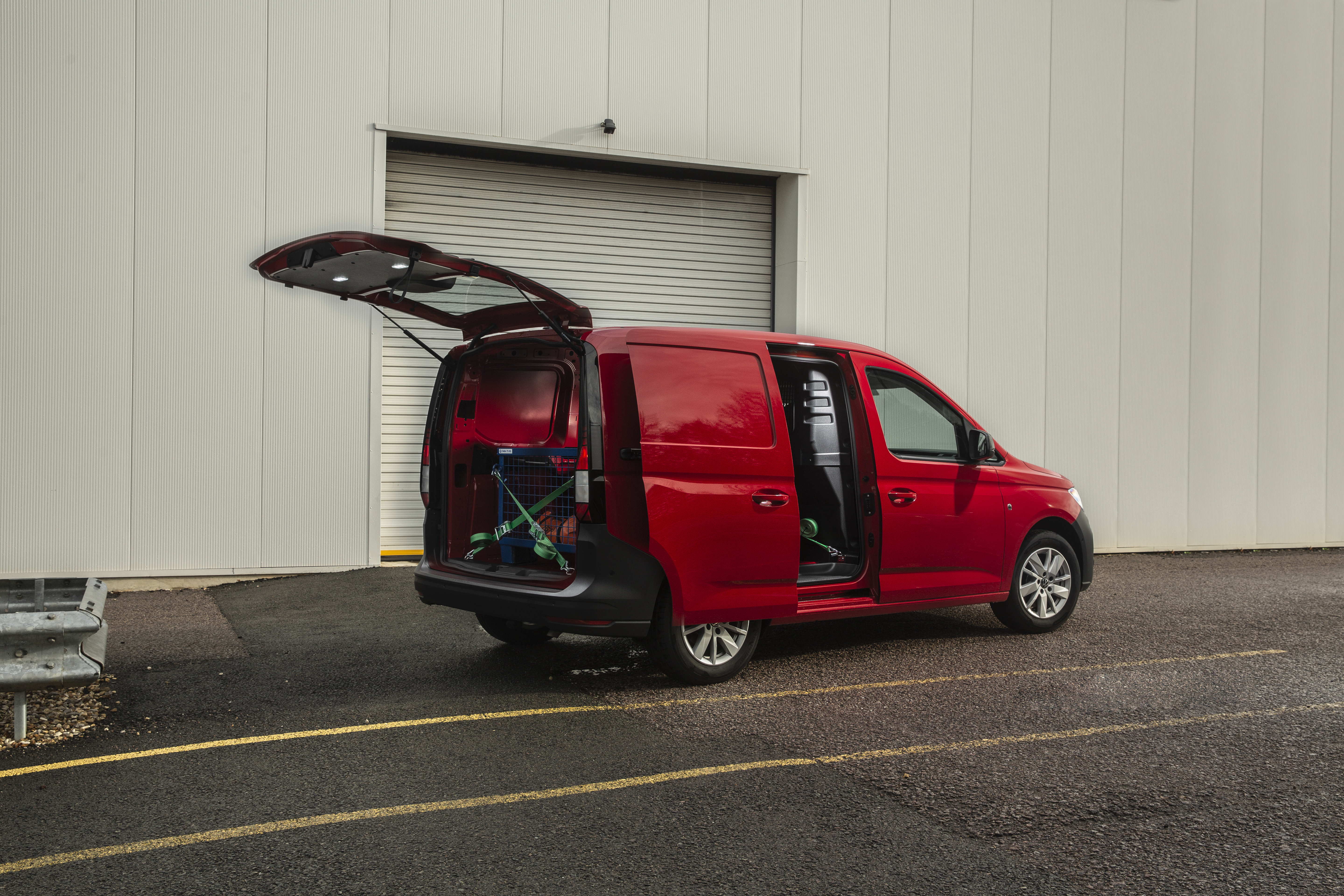 Unusually for a van, there’s even a 1.5-litre petrol option – but that’s not likely to get me to Scotland.

It’s not a Golf but it might as well be

Caddy 5 comes in three trim levels, all of which get some form of pin-sharp touchscreen from 6.5in up to 10in in size.

That MQB platform I mentioned is actually the basis for the new Golf, so the Caddy is bang-up-to-date with all the ­latest technology.

There are 19 new safety systems — six are completely new — but it’s the Adaptive Cruise Control that you’ll notice the big changes in. 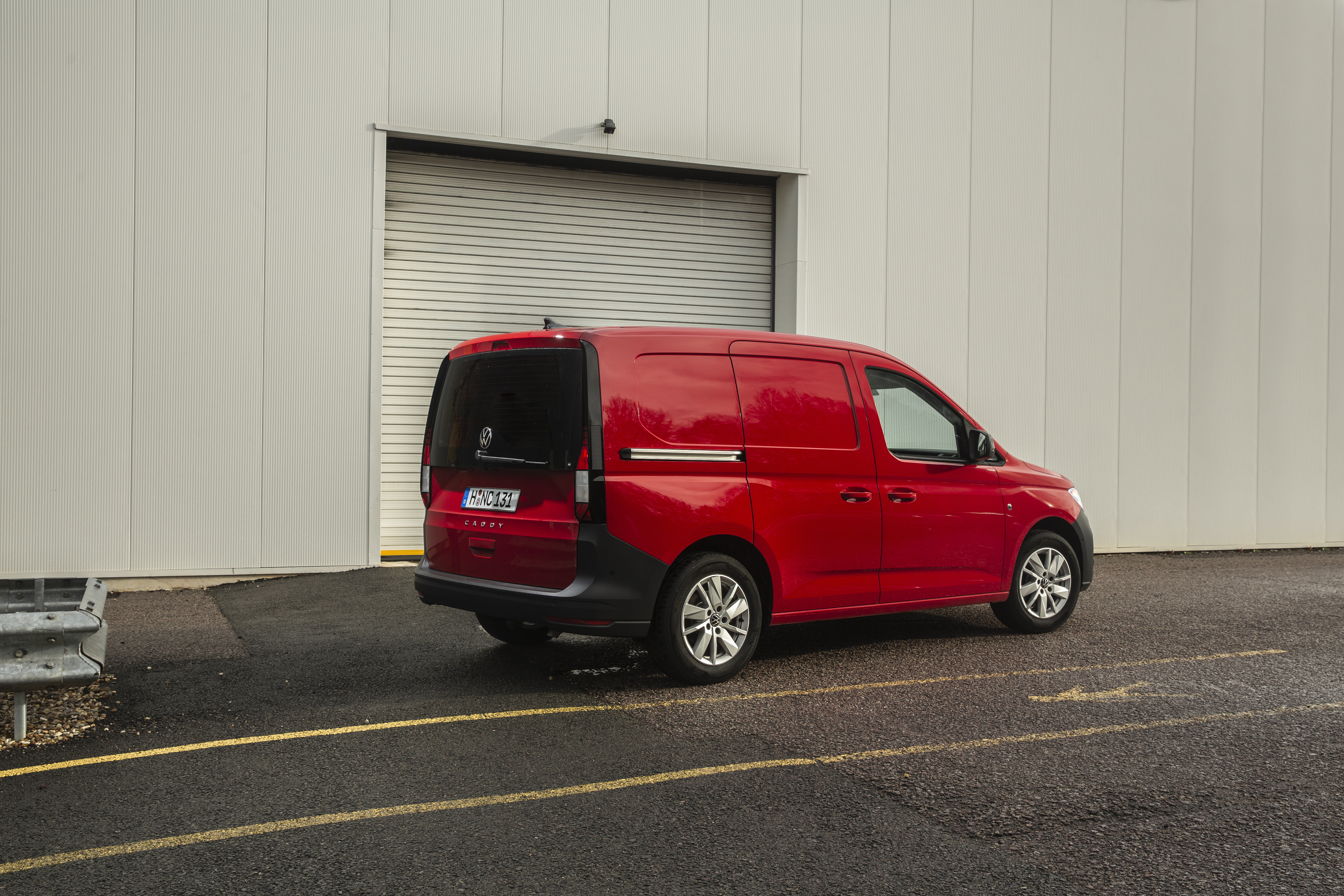 It’s less on or off than others, and it’s also smart enough to close up the gap between the car in front when travelling at speed to stop sneaky lane-hoppers from carving you up on the motorway.

It has a six-speed manual gearbox as standard, but choose the most powerful diesel or the petrol and you can have a ­seven-speed DSG auto with Stop & Go which decelerates to zero and restarts as the traffic moves. Perfect for the M25 car park.

Road-sign detection adjusts cruise control to the speed limit, lane-keeping assist and self-parking systems all make this the easiest van to drive on the market.

OK, so the door doesn’t quite close with that Golf car clunk, but this is a seriously comfortable van, and fun to drive.

There is perhaps a bit more road noise than you’d expect but it’s 1,000 times quieter than the old Caddy. 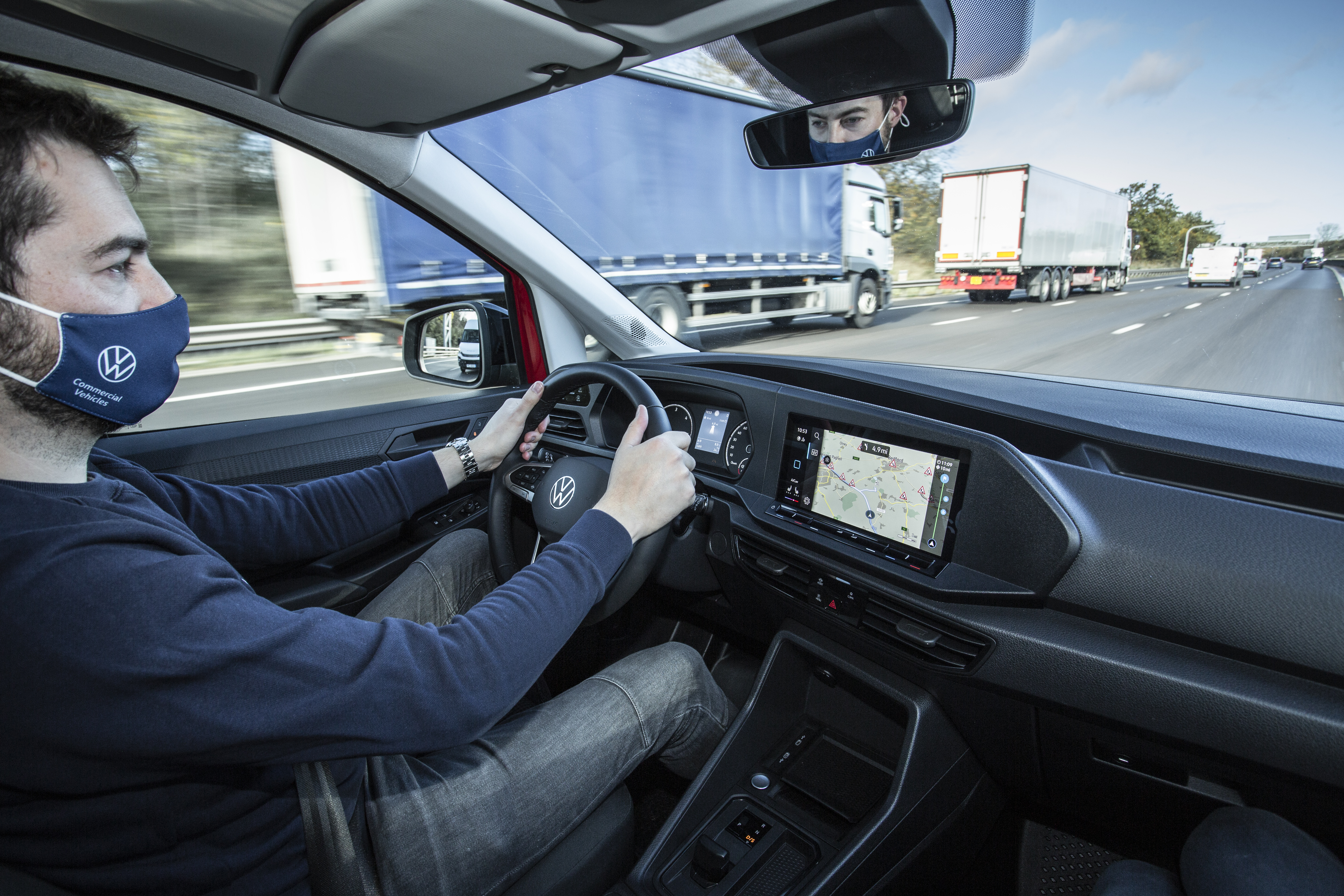 It’s also a bit more practical in the back as it’s a little wider (57mm) than the previous van – enough for 3.1m³ in a standard Caddy or 3.7m³ if you want the slightly longer Caddy Maxi van.

Payloads could be higher as you’ll only get up to 780kg in the back, legally speaking, and while the whizzy almost buttonless design of the screen does look good, I challenge anyone to try to use the temperature- control sliders with gloves, or even fat fingers for that matter.

That hatchback tailgate is only an option, unlike on these ­German-spec vans which also get a bulkhead window that the UK doesn’t.

The new Caddy will also come in a Caddy California camper version.

To say it’s a whole new van to look at, sit in and drive, feels like an understatement. It’s not a Golf, but it might as well be.

You could easily do 800 miles in it. But you can’t. Because we are all in lockdown.