ASX-listed vitamins and health supplements company Blackmores has signalled plans to cut about 10 per cent of its workforce as it revealed its statutory net profit fell 66 per cent to $18.1 million for the 2019-20 financial year.

The cuts are part of the company's organisational redesign as it seeks to streamline its operations, simplify its business and return to profitable growth. Blackmores said it started consultations with staff about the cuts last week. 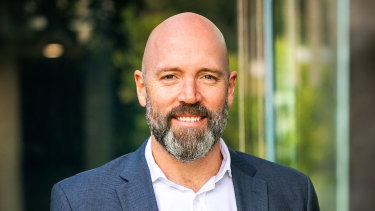 Excluding one-off costs the company reported an underlying net profit of $18.7 million, which was in line with guidance and Bloomberg market consensus. But it will not pay a final dividend to shareholders after last year paying a fully franked final dividend of 70 cents per share.

Chief executive Alastair Symington said the company had made improvements during the year and had gained much greater visibility and control of fixed costs. "We have finished the year with some very good results in our international markets with revenue up 30 per cent on the prior year, BioCeuticals revenue up 7 per cent, while Blackmores strengthened its leadership position in Australia with 16.4 per cent share of the vitamin and dietary supplement market," he said.

"This is despite the unprecedented disruption due to COVID-19 and highlights the strength of our brands in meeting consumer health needs," he said.

Blackmores confirmed that the impact of COVID-19 increased sea and air freight and other costs by $7 million in the June half.