A USA Today column on Thursday said the reputations of golf greats Annika Sorenstam and Gary Player were “sullied, forever” because they accepted the Presidential Medal of Freedom from Donald Trump a day after he incited the extremist attack on the Capitol that left five people dead.

“They willingly chose to accept an award from Trump and be seen with him a day after his words and actions launched one of the most shameful incidents in U.S. history,” Christine Brennan wrote in the op-ed.

The golf greats “had nothing to do with the insurrection of the Trump mob on Wednesday, of course, but they happily became Trump’s Thursday accessories,” Brennan continued. “They celebrated with him as our nation mourns what he has wrought.” 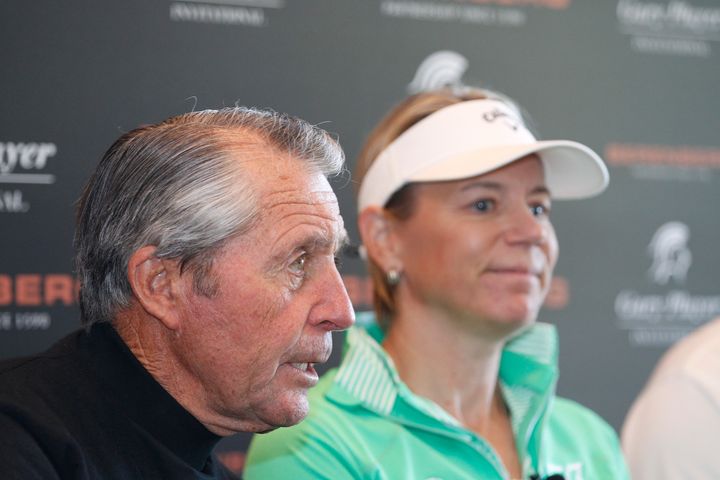 South Africa’s Player, 85, who won nine majors, and Sweden’s Sorenstam, 50, who won 10 majors and 72 LPGA tournaments overall, had posted no photos of the White House event on their Twitter, Instagram and Facebook accounts as of early Friday. The White House kept the ceremony on the down-low, barring media. (Babe Didrikson Zaharias was also honored posthumously, AP noted.)

Trump has bestowed the medal on other sports figures, including former Notre Dame football coach Lou Holtz, who called him the “greatest president during my lifetime.”

But for Player and Sorenstam to celebrate their careers with the disgraced president in the wake of the most outrageous misbehavior of his presidency is beyond the pale, Brennan wrote.

“As representatives of their game, and as business people who benefit greatly from it, their reputations are sullied, forever,” she wrote. “Sorenstam and Player now will be attached to Trump at this horrible time in our nation’s history, forever.”

Player and Sorenstam both played golf with Trump in 2019, according to the Golf Channel, with Sorenstam and Trump disciple Sen. Lindsey Graham (R-S.C.) defeating Trump and Player.