The University of California system will no longer require SAT or ACT standardized test scores as part of its college admissions process, a decision that could have major implications for admissions to other U.S. universities.

The major school system’s board of regents voted unanimously on Thursday to support a proposal by UC President Janet Napolitano to gradually eliminate the use of the standardized tests for admission.

Some 280,000 students attend the 10-campus university system, including the prestigious UC Berkeley and UCLA.

The UC schools had already made the SAT and ACT optional for fall 2021 applicants, given the current disruptions in schooling and testing due to the coronavirus pandemic. Napolitano’s proposal cited the “likely ongoing impacts” of COVID-19 on students and schools.

The test will be phased out by first being optional for fall 2021 and 2022 applicants, and then removed from admissions criteria for 2023 and 2024 — though students may still submit scores for scholarship and course placement purposes. By 2025, all uses of the SAT and ACT are to be eliminated.

In an hourslong debate with regents on Thursday, Napolitano pointed to “the correlation of the SAT and the ACT to the socio-economic level of the student, and in some case, the ethnicity of the student,” the Mercury News reported.

Last year, students and advocacy groups sued the UC system over the use of SAT and ACT scores in admissions, claiming it discriminated against students based on income and race.

The suit quotes a letter from California Gov. Gavin Newsom (D) to lawmakers that year, vetoing the proposed use of the SAT and ACT to replace 11th-grade standardized testing in the state. Newsom said the use of the SAT and ACT tests “exacerbates the inequities for underrepresented students, given that performance on these tests is highly correlated with race and parental income, and is not the best predictor for college success.” 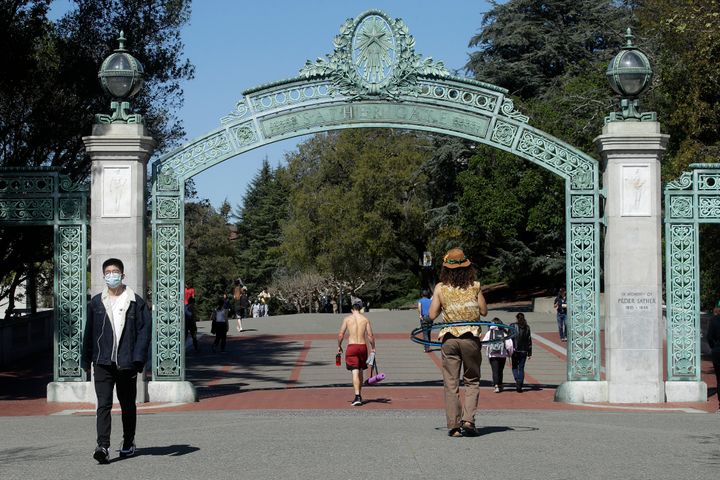 Last year, the College Board, which administers the SAT test, announced and then dropped a plan to have an “adversity score” to reflect students’ privilege in an attempt to level the playing field for students of different social and economic backgrounds.

Earlier that year, a massive cheating scheme involving wealthy, mostly white parents trying to bribe their kids’ way into some of the nation’s elite colleges, including UCLA, highlighted the inequalities in college admissions.

After news of the scandal broke, many pointed out that admissions are already rigged to favor wealthy and white students — who are more able to afford private tutors and classes to prepare for standardized tests like the SAT.

One of the most prominent celebrities involved, Felicity Huffman, pleaded guilty last May to paying thousands of dollars to fraudulently boost her daughter’s SAT score.