Ethics investigations have hounded the Trump administration since the beginning, with several department heads forced to step down amid mounting scandals. Along the way, President Donald Trump and his Cabinet, which is stacked with dozens of former lobbyists, have worked to thwart and demoralize government watchdogs.

What was previously a slow strangling has turned into a brazen attack this year: Trump has ousted or moved to replace five inspectors general in the last few months.

In early April, Trump fired Michael Atkinson, the inspector general for the U.S. intelligence community who notified Congress of the whistleblower complaint that ultimately led to Trump’s impeachment. In May, Trump fired Steve Linick, the State Department IG who was actively investigating allegations that Secretary of State Mike Pompeo and his wife inappropriately used government resources. That same month, Trump announced a nominee for permanent watchdog at the Department of Health and Human Services, weeks after acting IG Christi Grimm released a survey that found widespread shortages of masks, personal protective equipment and testing kits amid the coronavirus pandemic. Trump dismissed that report as “just wrong” and tweeted to attack Grimm: “Did she Report on the failed H1N1 Swine Flu debacle where 17,000 people died?”

Asked in mid-May about the pattern of dismissing and sidelining IGs, Trump said it was his prerogative.

“I have the right to terminate the inspectors general,” he said, adding that he suggests Obama-era IGs be terminated “in pretty much all cases.”

“I think every president has gotten rid of probably more than I have,” he said.

A president does have the right to dismiss an inspector general. But Trump stands out as the first president since Ronald Reagan to oust multiple federal agency watchdogs within such a short timeframe.

Critics contend that the firings and sidelining of IGs send a clear warning to anyone in those roles about the consequences of holding the administration accountable ― one of the main purposes of their job. It is hard to see the crackdown on IGs, they say, as anything other than an effort to avoid scrutiny and oversight ahead of the 2020 election.

“The systematic removal of the inspectors general is a disturbing attack on one of the only surviving mechanisms for executive branch accountability,” said Kedric Payne, general counsel and senior director for ethics at the D.C.-based nonprofit Campaign Legal Center.

“The damage is already done; the remaining IGs are on full notice that they will lose their careers and livelihoods if they pursue sensitive investigations of the administration,” Payne added. “The importance of IGs who exist to protect taxpayer money from waste, fraud, and abuse cannot be overstated and public outrage is justified.”

If the last few months are any indication, other IGs could soon find themselves on Trump’s chopping block.

Peggy Gustafson, the inspector general of the Commerce Department, released a scathing report on Wednesday that found the White House was behind the National Oceanic and Atmospheric Administration’s unsigned statement in September denouncing a tweet from the National Weather Service’s Birmingham station. That tweet corrected Trump’s false claim that Hurricane Dorian could strike Alabama ― part of the so-called “Sharpiegate” fiasco.

“It appears as if the NWS intentionally contradicted the president. And we need to know why. He wants either a correction or an explanation or both,” then-acting White House chief of staff Mick Mulvaney demanded in an email to Commerce Secretary Wilbur Ross, according to Gustafson’s report.

The 107-page report concludes that NOAA’s unsigned statement “undercut the NWS’s forecasts and potentially undercut public trust in NOAA’s and the NWS’s science and the apolitical nature of that science.”

“The broader, longer-term consequence is that NOAA’s rebuke of the NWS Birmingham office could have a chilling effect on NWS forecasters’ future public safety messages,” the report states.

Its release follows a standoff between the department and the IG office. 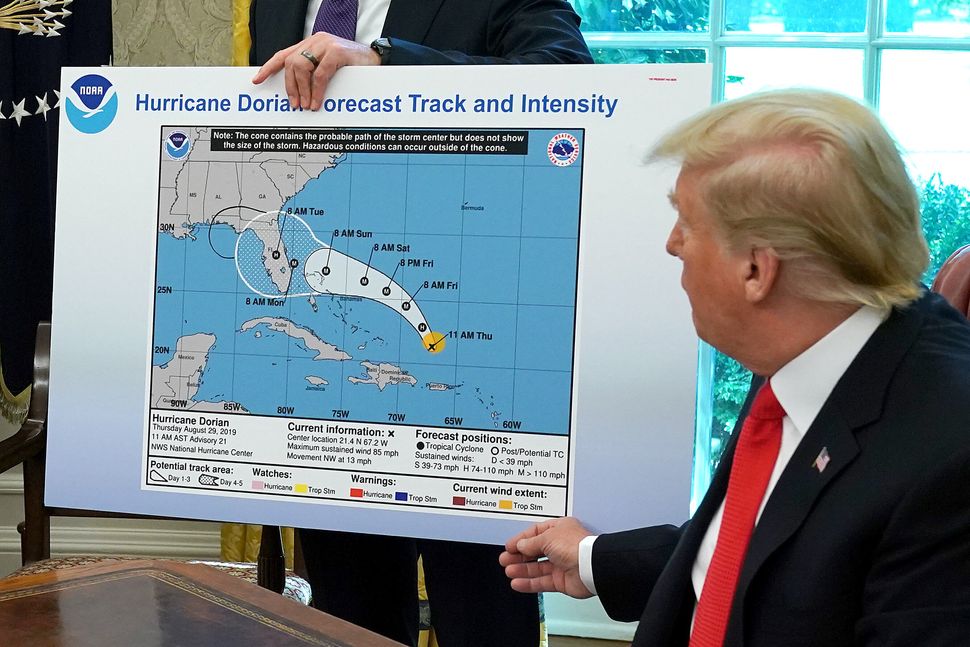 In a  memo to Ross on July 1, Gustafson accused the agency of blocking the release of the full report. The department’s refusal to identify privileged information that would allow for the report to be published “appears to be directly linked to the content of our report and the findings of responsibility of the high-level individuals involved,” Gustafson wrote. “I am concerned that the substance of our report and findings has resulted in this retaliatory posturing.”

In a joint letter this week, Rep. Raúl Grijalva (D-Ariz.) and Sen. Maria Cantwell (D-Wash.) railed against “a pattern of obfuscation” by the department and called on Ross to stop impeding the report’s release.

With an administration that has proven — time and again — a willingness to push ethics rules to the limit, the need for strong, independent IGs has never been greater.

“The firings of multiple Inspectors General is unprecedented; doing so without good cause chills the independence essential to their purpose,” Sen. Mitt Romney (R-Utah) tweeted in mid-May. “It is a threat to accountable democracy and a fissure in the constitutional balance of power.”

The Interior Department, which oversees 75% of all federal land and has been racked by scandal during Trump’s first term, is a clear example of the critical importance these watchdogs play in the Trump era. Former department chief Ryan Zinke resigned in January 2019 after less than two years on the job, having tallied more than a dozen federal ethics probes.

Interior Inspector General Mark Greenblatt inherited a stack of investigations from his predecessor, Mary Kendall, who stepped down from the post suddenly in May 2019. They include a probe launched last year into alleged violations of federal ethics rules by six current and former officials who maintained unseemly ties with former clients or employers while in office. The Campaign Legal Center filed the complaint that prompted the IG investigation, citing previous HuffPost reporting and alleging a “disturbing pattern of misconduct” across the agency.

Greenblatt, a Trump administration pick, told lawmakers during his confirmation hearing last year that he had a long track record of “fair, objective, independent oversight” in his role as the assistant inspector general for investigations at the Department of Commerce and had no intention of shutting down ongoing probes.

“I’ve gone toe-to-toe with the biggest lawyers in town,” Greenblatt, who previously worked at the Department of Justice and U.S. Senate Permanent Subcommittee on Investigations, told the Senate Energy and Natural Resources Committee at the time. “I didn’t back down then, I’m not going to back down now.”

As has been the case cross administration, however, the Interior Department’s IG has faced adversarial behavior from key administration officials. In an interview last month with the Washington Examiner, Zinke said he’d been “targeted” and accused watchdogs of working “in coordination with the opposition.” He provided no evidence to back up his conspiratorial claim.

Daniel Jorjani, the Interior Department’s top lawyer who oversees the agency’s embattled ethics office, told colleagues in a March 2017 email that “our job is to protect the Secretary” from ethics probes and bad press, as HuffPost first reported. IGs, he warned, “love travel investigations” because they’re easy to “spin in a negative way” ― a comment that would suggest he views the internal watchdog as an adversary. 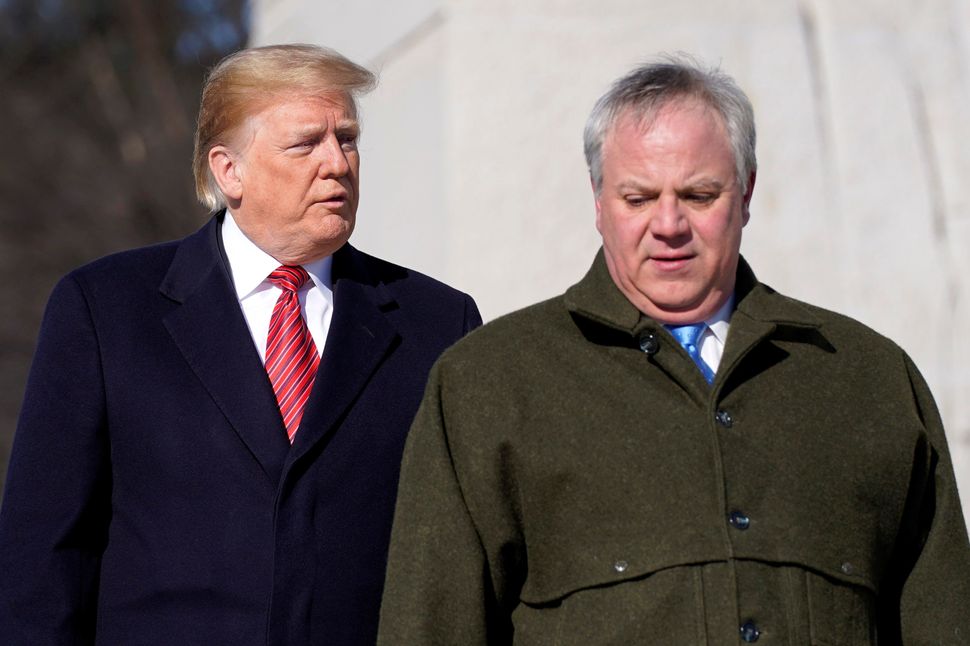 Current Interior Secretary David Bernhardt, meanwhile, has been intransigent when it comes to imposing substantial consequences on high-level officials that have been caught violating ethics rules.

Since Greenblatt took over in August, the Interior IG has so far issued at least three reports documenting how key political appointees violated federal ethics rules — including two scathing reports on the ethical misdeeds of Assistant Interior Secretary Douglas Domenech.

The two investigations prompted numerous members of Congress to call for Domenech to be removed from his position. But Bernhardt, who considers Domenech his “closest friend” and personally recommended him for a job in the administration, has thus far refused to take any significant action against Domenech — a sign of how little Trump and his political appointees care for the findings or integrity of IGs.

The White House did not respond to HuffPost’s request for comment about its treatment of IGs, and Interior ignored specific questions for this story. The department instead sent out a recycled statement from May about how Domenech’s violations occurred before Interior “initiated an unprecedented effort to invest in building a culture of ethical compliance.” 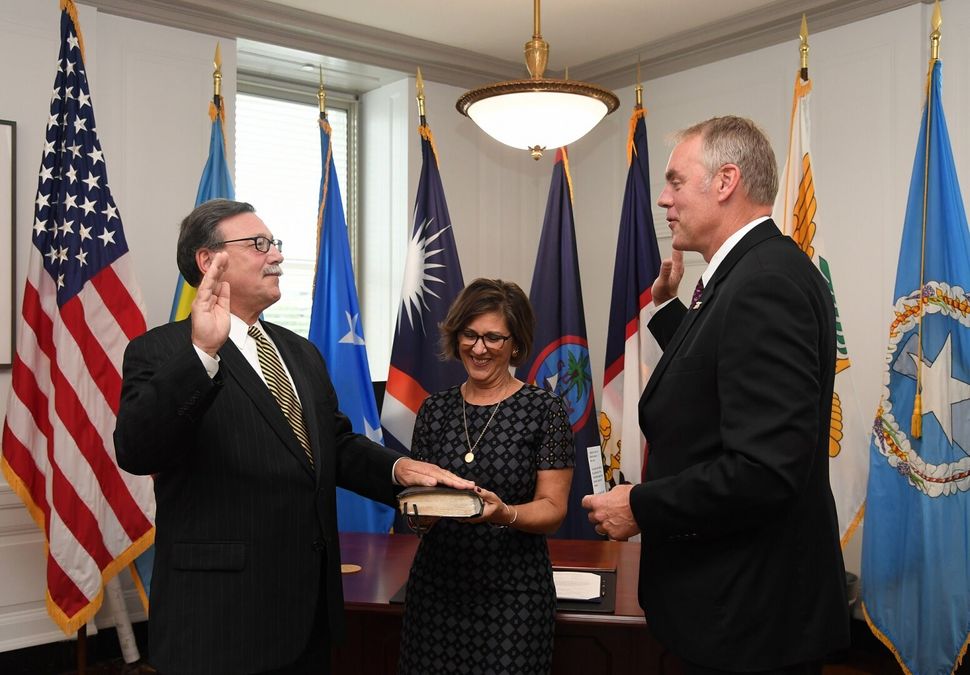 Bernhardt’s unwillingness to hold his underlings accountable is not the IG’s fault, but it does highlight the limited authority of internal agency watchdogs in an era where political officials have repeatedly flouted ethics laws and regulations.

“Ethics laws are meant to protect the American people from corrupt government officials, like Bernhardt, who are willing to put private interests ahead of the public good,” said Jayson O’Neill of the Western Values Project, a government watchdog group. “But without any enforcement or accountability, they have acted with impunity to the detriment of our environment and the public.”

As the 2020 election cycle picks up — and as the surviving independent watchdogs in the Trump administration continue to probe the misdeeds of top political officials — there is a sense among many observers that the IG community’s troubles will only continue.

The string of removals, she said, “reek of retaliation” and “appear to be nothing more than blatant attempts to interfere with ongoing investigations.”