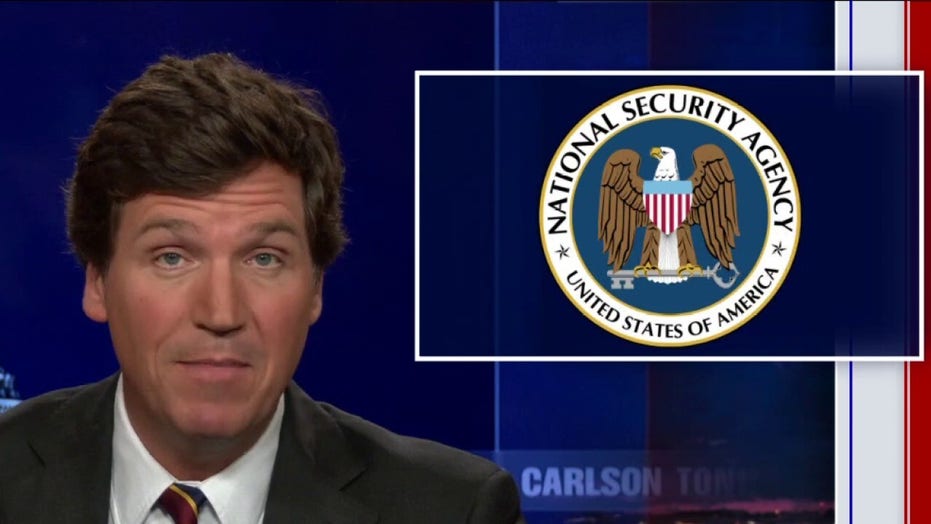 Tucker joins calls for probe into NSA spying on him

Fox News host Tucker Carlson joined the calls from at least two Republican lawmakers for a full investigation into the National Security Agency (NSA) allegedly spying on his texts and emails, after the agency rebuffed claims that he is the “target” of a surveillance investigation.

Carlson reiterated Wednesday on “Tucker Carlson Tonight” that he does not make the claim lightly, and that the NSA’s statement on Tuesday does not directly deny any spying has or is taking place; only that he is not the “target.”

Investigative journalist Glenn Greenwald concurred, insofar as the NSA has a multitude of other ways to capture American citizens’ data without them being the formal “target” of an investigation.

The NSA, headquartered at Fort Meade, Maryland, put out a statement Tuesday saying its mission is based in foreign intelligence and that it only surveils citizens in “emergency” situations requiring a court order.

“Tucker Carlson has never been an intelligence target of the Agency and the NSA has never had any plans to try to take his program off the air,” the statement reads.

Carlson reported on Monday that a whistleblower with knowledge or a connection to the NSA, shared information with him that would have only been recognizable to the host and an unidentified individual he had been corresponding with, about a pressing story that “Tucker Carlson Tonight” is working on. He elaborated that his team also tried repeatedly to get ahold of Gen. Paul Nakasone, the Trump-appointed head of the agency.

On Wednesday’s program, Carlson praised Reps. Matt Gaetz, R-Fla., and Kevin McCarthy, R-Calif., following their calls for an investigation into the potential that the NSA is or was in possession of data from his texts and/or email messages. 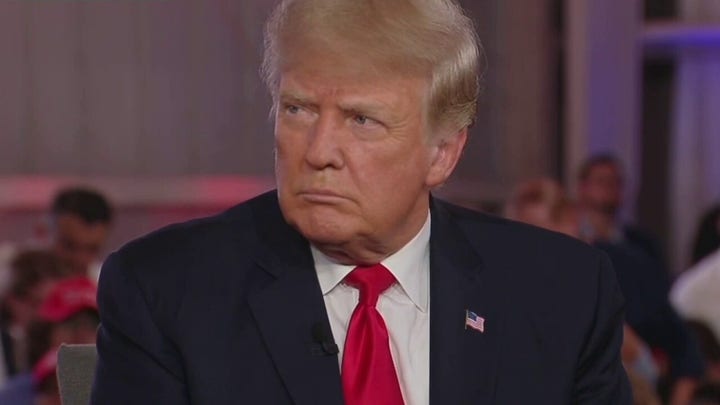 In a hearing chaired by Rep. Jerrold Nadler, D-N.Y., Gaetz called on the chairman to join him in calling for or establishing a special counsel investigation into reported NSA spying efforts involving Carlson.

“Amazingly the NSA has issued a statement that is so couched it is functionally an admission. And it’s not like the NSA has never lied to us. We were told that there was no collection of American data: Turns out, there were collection of America data,” Gaetz said, referring to a comment made by Obama’s Director of National Intelligence Jim Clapper.

During his show, Carlson added the NSA “are spying on a lot of people. It should stop,” adding that President Biden himself once lamented the far-reaching authority of the national security state to spy on American citizens, when he was a senator.

“I don’t have to listen to your phone calls to know what you are doing. If I know every single phone call you made, I am able to determine every single person you talk to. I can get a pattern about your life that is very, very intrusive,” Biden told CBS News in 2006.

Biden said at the time he would explicitly not trust that “the president and the vice president … were doing the right thing” – referring to Republicans George W. Bush and Dick Cheney.

“It never is justified except in cases when national security is threatened – Liberals used to understand that,” Carlson said in characterizing Biden’s then-moderate view on the issue.

However, Carlson compared that to today’s reality when the 78-year-old ultimately controls the national security state as president – and appeared to key into an announced plan by Attorney General Merrick Garland to eradicate what the administration defines as “domestic extremists” – which many believe includes Donald Trump’s supporters and aligned political factions.

“Joe Biden is in charge of the national security apparatus, and his administration has it turned on Americans who he has redefined as combatants domestic terrorists, and White supremacists. Where does this go from here?” Carlson said. “We think we know and we are deeply concerned about it”

Greenwald, who reported on the Edward Snowden saga in 2013 – when the now exile-in-Russia leaked sensitive NSA documents relating to its spying efforts, said that “liberals loved that reporting so much, they gave us every award that they had to offer.”

“Now, here we are after the Trump years in the Democratic Party and journalism, in general, has aligned with the CIA, NSA, and FBI … and so in response to the resort you did, they would think other journalists – just out of self-interest even if they dislike ideology and you – would say we want to know using your powers in order to spy on journalists they dislike,” said Greenwald.

“Instead they mocked it. Oh, [Carlson] has to be paranoid in order to think this.”