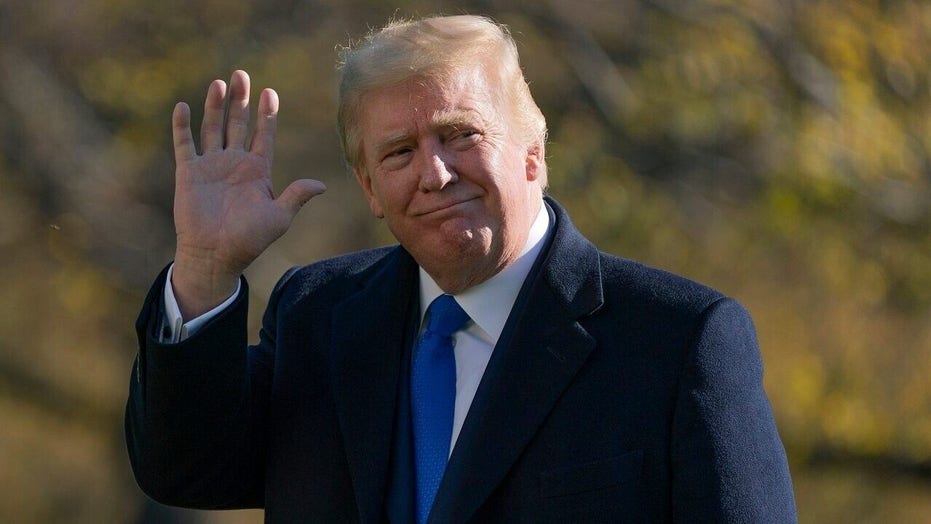 “They have the declassification order,” Trump said of the Justice Department. “And they should declassify, absolutely, especially in light of what has just happened and what has just been revealed.”

Trump was referring to Durham’s Feb. 11 court filing in which he alleged “Tech Executive-1” and his associates, including a lawyer for Hillary Clinton’s presidential campaign, “exploited” internet traffic pertaining to a “particular healthcare provider,” Trump Tower, Trump’s Central Park West apartment building, and the Executive Office of the President of the United States in order to “establish ‘an inference’ and ‘narrative’” to then bring to federal government agencies tying Trump to Russia.

Trump, in May 2019, following the completion of former Special Counsel Robert Mueller’s investigation, told then-Attorney General Bill Barr to begin a declassification process of records related to surveillance of the Trump campaign in 2016.

Mueller’s investigation yielded no evidence of criminal conspiracy or coordination between the Trump campaign and Russian officials during the 2016 presidential election.

“We did declassify, and people saw them, and I think you’ll see some big stuff,” Trump told Fox News.

Trump, calling on the Justice Department to release records to the public, said there is “tremendous dishonesty and corruption.”

“They should release them,” Trump said.

A White House statement on Trump’s declassification order in 2019 said that, “at the request and recommendation of the Attorney General of the United States, President Donald J. Trump directed the intelligence community to quickly and fully cooperate with the Attorney General’s investigation into surveillance activities during the 2016 Presidential election.”

The order gave the attorney general the “full and complete authority to declassify information” pertaining to the investigation, “in accordance with the long-established standards for handling classified information.”

“Today’s action will help ensure that all Americans learn the truth about the events that occurred, and the actions that were taken, during the last Presidential election and will restore confidence in our public institutions,” the White House statement from May 2019 read.

Trump’s comments come after Republican Sens. Chuck Grassley and Ron Johnson on Tuesday wrote a letter to Attorney General Merrick Garland, saying he has “failed” to follow Trump’s order to declassify all records related to the FBI’s original Trump-Russia probe. The senators demanded that Garland “produce those records to Congress and the American people without improper redactions.”

Grassley and Johnson wrote that it is “incumbent upon the Department to determine which records are covered by the declassification directive,” and said it is “clear” from a letter Garland sent to the senators last month that “after more than one year” the DOJ “has yet to get the job done.”

“When the Department is able to (1) identify with certainty the records subject to the declassification directive; (2) confirm the records are not those that have already been reviewed by our staff; and (3) agree that no improper redactions will be placed on those records, our staff stand ready to review in camera prior to production to Congress,” they wrote. “Absent those conditions, our staff should not have to spend potentially multiple days and countless hours in the Department’s classified facility only to play a guessing game with the Department about what document may or may not be covered by the declassification directive and potentially review records that have already been produced to Congress.” 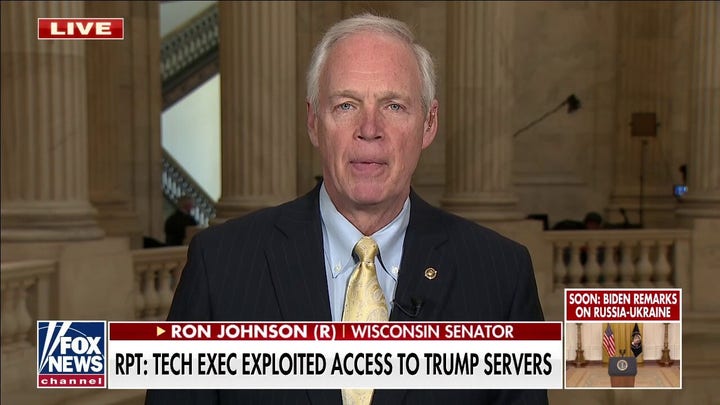 They added: “Our oversight efforts are based on our unyielding belief that the American people deserve to know the complete truth about the Crossfire Hurricane investigation.”

Grassley and Johnson also questioned Garland on what actions the Justice Department is taking to determine which records fall under the scope of Trump’s declassification directive, the number of records identified to-date, and the extent to which the identified records will be declassified. 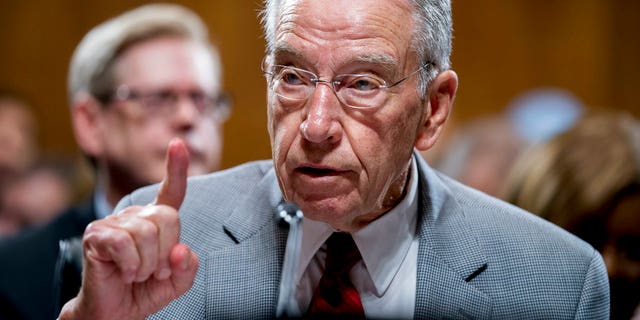 “We request a detailed response with respect to those questions and a commitment to the aforementioned conditions no later than March 1, 2022,” they wrote.

It is unclear how many records could be left to be declassified and produced to Congress.

The Justice Department did not immediately respond to Fox News’ request for comment.

Declassification of Trump-Russia origins documents ramped up in 2020 when Ric Grenell served as acting Director of National Intelligence, and continued when John Ratcliffe was confirmed and sworn in as DNI.

Documents declassified to-date included more than 6,000 pages of transcripts of interviews from the House Intelligence Committee’s Russia investigation, which revealed, among other things, that top Obama officials acknowledged they had no “empirical evidence” of collusion or conspiracy between the Trump campaign and Russia in 2016. Fox News first reported on the transcripts.

Another declassified document was an email that then-National Security Adviser Susan Rice sent to herself on Trump’s inauguration day, documenting a Jan. 5, 2017, Oval Office meeting with Obama and others, during which the former president provided guidance on how law enforcement needed to investigate Russian interference in the 2016 presidential race.

The declassified email revealed that former FBI Director James Comey suggested to Obama that the National Security Council might not want to pass “sensitive information related on Russia” to former White House national security adviser Michael Flynn, due to the fact that he had been “speaking frequently” with the Russian ambassador. 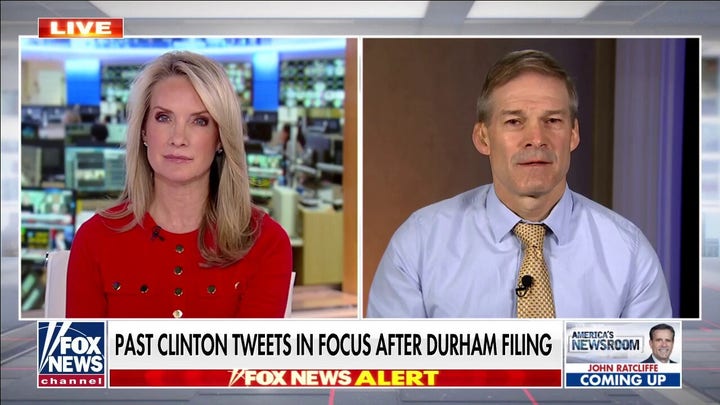 The Trump administration also declassified a list of Obama-era officials who requested to unmask the identity of Flynn in intelligence reports during the presidential transition period.

Officials, however, can determine the U.S. citizens’ names through a process that is supposed to safeguard their rights. In the typical process, when officials are requesting the unmasking of an American, they do not necessarily know the identity of the person in advance.

“The following information is provided for the exclusive use of your bureau for background investigative action or lead purposes as appropriate,” the CIA memo to Comey and Strzok stated.

“Per FBI verbal request, CIA provides the below examples of information the CROSSFIRE HURRICANE fusion cell has gleaned to date,” the memo continued. “An exchange [REDACTED] discussing US presidential candidate Hillary Clinton’s approval of a plan concerning US presidential candidate Donald Trump and Russian hackers hampering US elections as a means of distracting the public from her use of a private email server.”

Despite its declassification, the memo is heavily redacted.

Ratcliffe also declassified then-CIA Director John Brennan’s handwritten notes that suggested he briefed then-President Obama on Hillary Clinton’s purported “proposal from one of her foreign policy advisers to vilify Donald Trump by stirring up a scandal claiming interference by the Russian security service.”

“We’re getting additional insight into Russian activities from [REDACTED],” Brennan’s declassified notes, which were first obtained by Fox News in October 2020, read. “CITE [summarizing] alleged approved by Hillary Clinton a proposal from one of her foreign policy advisers to vilify Donald Trump by stirring up a scandal claiming interference by the Russian security service.”

Fox News first reported in October 2020 that Ratcliffe provided nearly 1,000 pages of material to the Justice Department to support Special Counsel John Durham’s investigation into the origins of the Trump-Russia probe.