Trump, who has been publicly accused of sexual misconduct by nearly two dozen women, was asked during a news conference in New Delhi whether “justice was served” in Weinstein’s case. Jurors in New York City on Monday found Weinstein guilty of two felony sex crimes, including third-degree rape. He was acquitted on two charges of predatory sexual assault and one charge of first-degree rape.

“I was never a fan of Harvey Weinstein,” Trump said during his visit to India. “In fact, he said he was going to work hard to defeat me in the election. How did that work out by the way? I’m trying to figure that out. … I knew him a little bit ― not very well. I knew him because he was in New York. Not a person that I like.” 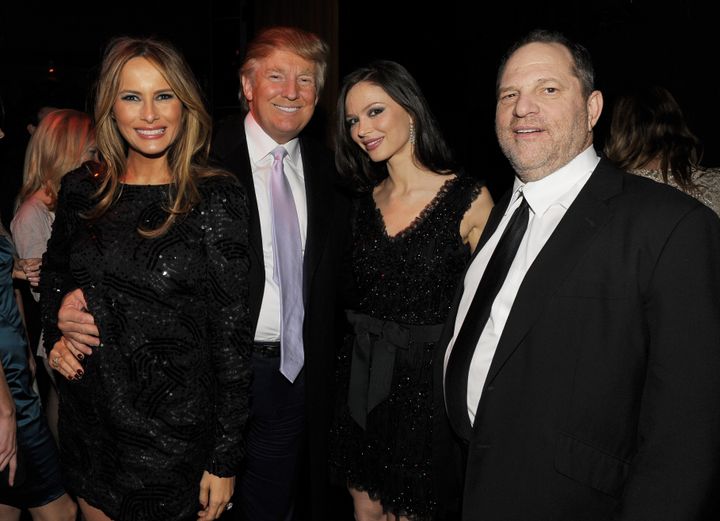 Trump added that he isn’t too familiar with Weinstein’s trial but that he knows Democrats have accepted money from him and questioned whether they would give it back in light of the conviction. (Many high-profile Democrats announced they would return political contributions they received from Weinstein following the flood of sexual assault allegations against him in 2017.)

Another reporter chimed in to say that Weinstein’s conviction is being viewed as a “milestone for the Me Too movement” and asked Trump what message he, as president, can send to women who are still afraid to share their stories of sexual harassment and assault.

At least 20 women have accused Trump of sexual harassment or assault, including forced kissing and unwanted groping. Author E. Jean Carroll alleged Trump raped her in the dressing room of a department store in Manhattan in the mid-1990s. Trump has denied any wrongdoing.

Carroll filed a lawsuit last month seeking a sample of Trump’s DNA in an effort to determine whether his genetic material is on a dress she wore during the alleged sexual assault. Trump’s legal team has sought to delay the request.

As Weinstein was removed from the courtroom in handcuffs on Monday, some wondered whether Trump would ever be prosecuted for similar allegations made against him.