The fate of one man, a loyal Trump supporter, Roger Stone, hangs in the balance as a federal judge refuses to postpone his sentencing – all while his lawyers push for a new trial amid evidence of clear anti-Trump bias from the jury. Is justice even possible in this political, polarized world in which we now live?

The president made his opinion known – this was and is not right.

The president telling reporters, “I think it was a very, very rough thing that happened to Roger Stone.” He goes on to say, “somebody has to stick up for the people.”

The president says that, while separately, the attorney general initiated an intervention of his own.

Now, more than 1,000 former Department of Justice staffers, including now analysts at MSNBC and CNN – in an overtly political move – are calling for the resignation of Attorney General Willam Barr. 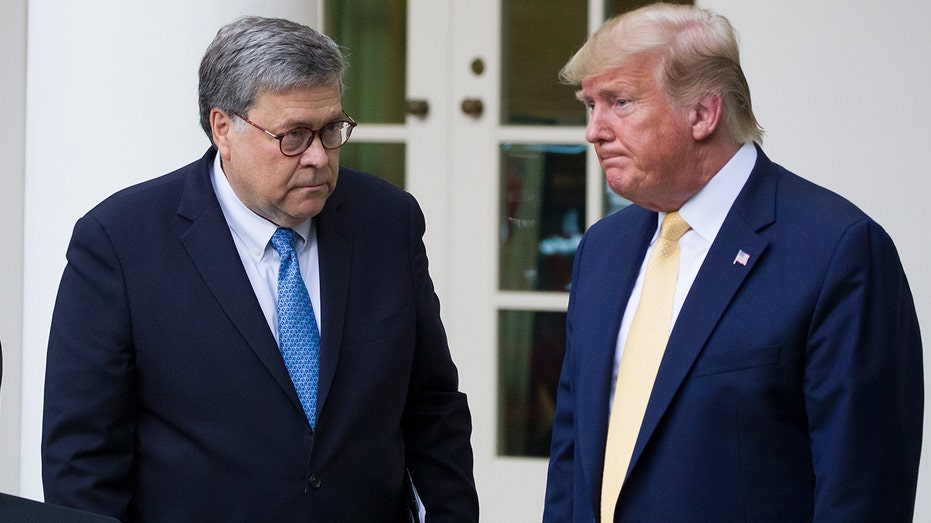 In this July 11, 2019, file photo, Attorney General William Barr, left, and President Donald Trump turn to leave after speaking in the Rose Garden

As this is going on, we are seeking the truth. For the truth, you need context.

Roger Stone is the man facing up to 50 years in prison. He is a Republican political operative. Let’s face it: that alone is enough for some people to send him to jail.

During the Mueller investigation, Roger Stone lied to federal investigators and allegedly pressured one potential witness. Not good. Never good.

You cannot and do not lie – and you especially do not lie to federal investigators.

However, and I’m not making excuses, but I need you to remember these were no ordinary federal investigators. And, this was not a normal investigation.

A team of Democrats and even former Clinton people made up Robert Mueller’s prosecutorial team, and they were out for blood. 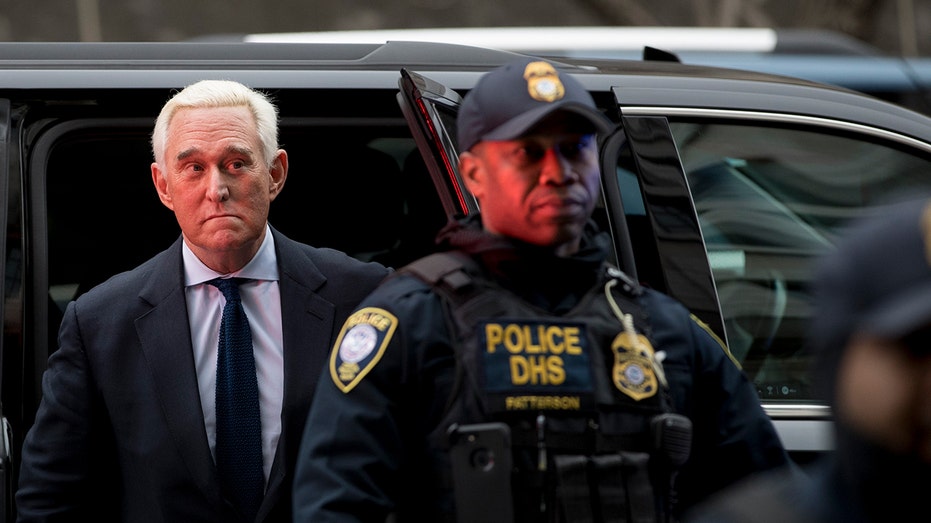 Their goal, need I remind us? Their goal was to prove that the president of the United States was an agent of Russia.

Think about how insane and wild that was – and yet, that’s what they were determined to prove courtesy of unproven, false opposition research bought and paid for by the Hillary Clinton campaign.

It’s important to remember the context surrounding all of this. Roger Stone screwed up. But, he screwed up in an investigation that never should have taken place to begin with.

Former Trump deputy national security adviser KT McFarland said on "Trish Regan Primetime" last week, "This was a set-up from the very beginning by people who didn't think Trump would win, and once he won, didn't want him to govern." She went on to say, "All of this started from the poisonous fruit of people in the intelligence community who decided they were going to get Trump, and the weak link was Mike Flynn, let's start there."

A witch hunt it was – almost as though the deep state insiders were determined to punish anyone and everyone caught in the now president’s orbit. Roger Stone was one of them.

So, when former FBI Deputy Director Andrew McCabe lies to the FBI, nothing happens, yet when a Trump supporter lies? He risks having the book thrown at him? Again, lying is never okay – but, in this case, does the crime fit the punishment? A first-time offender in his 60s? Heading to jail for a decade?

Stone’s lawyers are asking for a new trial. And on this, we should be unanimous, he deserves one.

The jury was biased. I’ve shown you the evidence. The foreperson was out there tweeting how all Trump supporters are biased. Juror Tomeka Hart laughed on social media about Roger Stone’s arrest. The very guy she was supposed to decide on.

That’s not justice. Justice has not been served.

Roger Stone deserves a new trial with a fair jury (if that’s even possible these days.)

And, remember this: The president of the United States of America has the power to either commute, meaning reduce, a sentence – or pardon.

So that we’re all aware: Obama pardoned 212 individuals and commuted more than 1700 sentences. He freed former Army intelligence analyst Chelsea Manning – who was guilty of spilling national security secrets! This was full-on espionage stuff!

The president may need to commute Roger Stone's sentence or pardon him – but let’s hope it doesn't get that far and justice prevails. Let’s hope he gets a new trial. And let’s hope the judge and jury are fair. Because fairness is part of what and who this country is.