The liberal media is defending the indefensible and trying to find some justification for Senate Minority Leader Chuck Schumer’s threats to our Supreme Court Justices.

Meanwhile, Schumer, himself, finally made a very weak attempt at an apology.

Oh yeah? Because that’s exactly what Schumer did. He even smiled as he threatened the Supreme Court Justices.

Who is this guy? He’s supposed to be the minority leader of the United States Senate. I’m setting the record straight — Chuck Schumer is nothing but a political animal who symbolizes all that’s wrong with American politics.

Schumer is trying to shrug off his outrageous, dangerous, hateful comments he made on the steps of the Supreme Court. 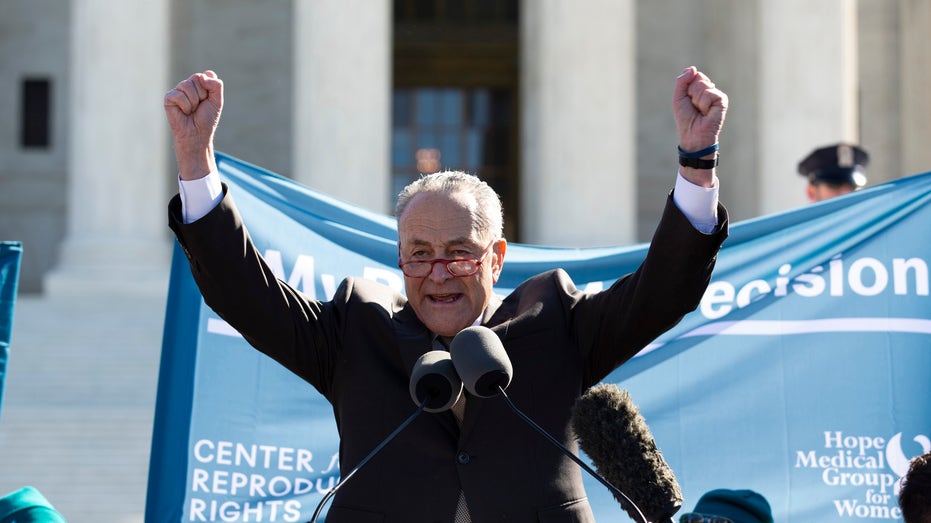 It was a shoddy move by Schumer. He knew exactly what he was doing and to then smile about it? What kind of sick thoughts were going through his head to induce a smile at a time like that? With comments like that?

And, no excuses from him last night — no apology.

SCHUMER'S SPEECH ABOUT SUPREME COURT JUSTICES WAS A THREAT IN A MORAL SENSE: JUDGE NAPOLITANO

Supreme Court Chief Justice Roberts was forced, for the sake of our country, to issue a rare takedown — writing: “Threatening statements of this sort from the highest levels of government are not only inappropriate, they are dangerous. All members of the court will continue to do their job, without fear or favor, from whatever quarter."

And yet Schumer’s team doubled down writing: "Sen. Schumer’s comments were a reference to the political price Senate Republicans will pay for putting these justices on the court, and a warning that the justices will unleash a major grassroots movement on the issue of reproductive rights against the decision."

To be clear: Schumer was referencing the justices, not the Republican Party. The spokesman should've looked at the tape.

To be clear, there is a big difference between Schumer threatening our Justices and the president saying maybe they should recuse themselves. No comparison whatsoever — even though the liberal media tried to make the exact same argument.

This is why we are setting the record straight. Trump didn’t start this. This entirely un-American, pathetic act was started by a shoddy excuse for a senator — Schumer — who has a history of this nonsense.

And yet in typical fashion, the liberal media blames Trump because he defended Roberts, Gorsuch and Kavanaugh from the Schumer onslaught.

They say Trump never should have said that about Schumer. Excuse me. Schumer started this mess. 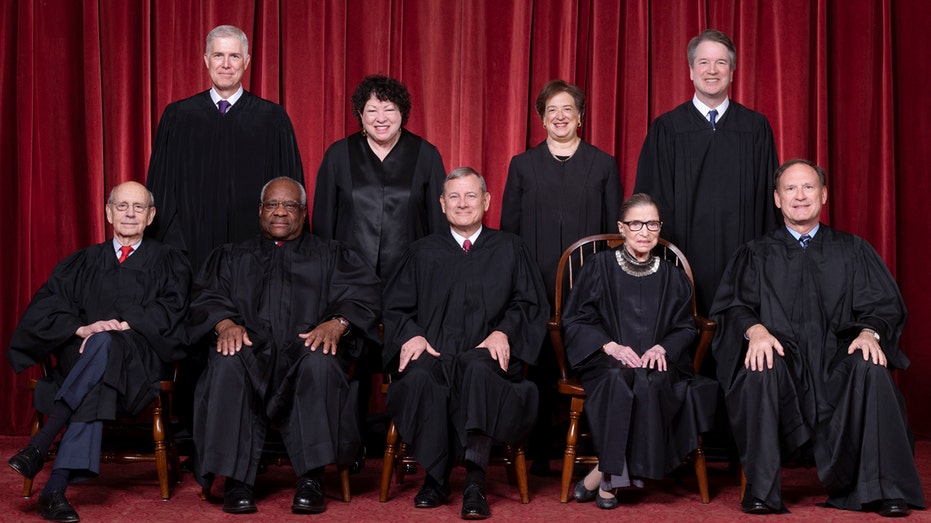 And it wasn't until Senate Majority Leader Mitch McConnell, R-Ky., called Schumer out that he was willing to admit in any way that his actions, his words, were wrong.

You know what? I’m tired of it, and you should be tired of it too. The GOP has been harassed and threatened repeatedly. The GOP has even been shot at — Rep. Steve Scalise, R-La., is proof of that.

And yet, the left wants to encourage hate, mobs and violence?

Is the goal to empower the Antifa and Bernie Sanders thugs to harass our Supreme Court Justices outside their work, just like these thugs did to a woman running as a Democrat for Congress because they don’t like her position on health care?

You see, by issuing threats like that, Schumer, you are encouraging violence. And what kind of American does that?

Schumer is proving himself to be no better than the thugs he’s trying to encourage. So, an apology? Sen. Schumer … if we can even call it that? Apology not accepted.