It’s a unique piece of memorabilia that combines the worlds of classic cars and movies stars. 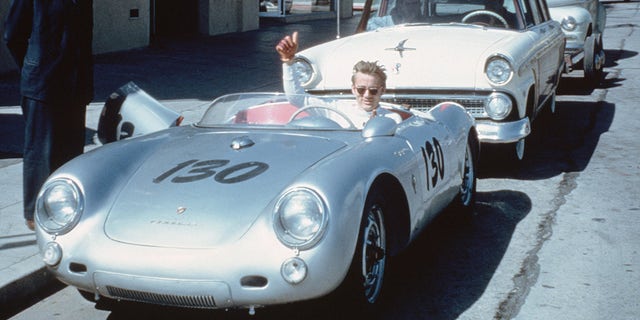 The four-speed transaxle from the Porsche 550 Spyder that James Dean fatally crashed in on Sept. 30, 1955 has been listed for auction on the Bring A Trailer website.

The part was one of several that were scavenged from the wreck to be reused in other cars and possibly the only one that still exists. 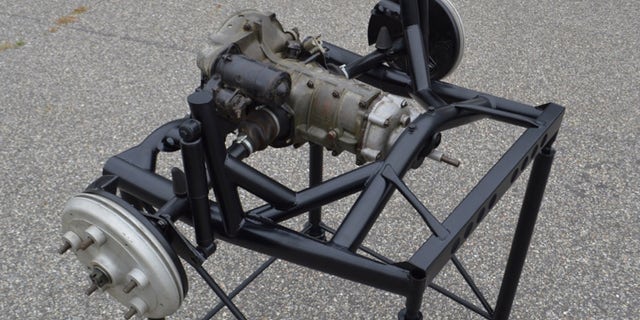 The transaxle has been mounted on a display frame.
(Don Ahearn/BringATrailer)

Dean was on his way to take part in a race in Salinas, Calif., with his mechanic, Rolf Wütherich, in the passenger seat when he collided with a Ford Tudor driven by Donald Turnupseed at an intersection in Cholame.

Turnupseed was only mildly hurt, but Dean and Wütherich suffered serious injuries in the low-slung roadster. They were taken to a hospital by ambulance and Dean passed on the way and was declared dead on arrival. 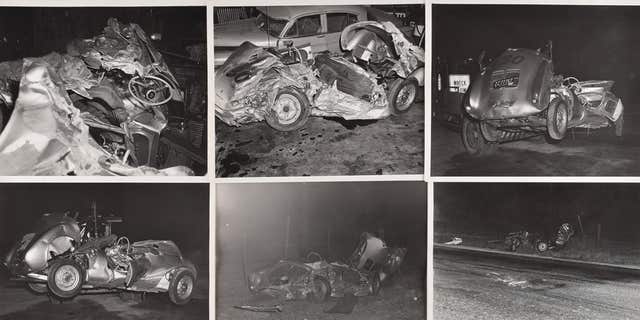 Photos taken at the scene of James Dean’s fatal crash were recently put up for auction.
(RR Auctions)

After the investigation was complete, Dean’s insurance company wrote off the Porsche and sold it to another racer, Dr. William F. Eschrich, for $1,092. He pulled a few useable parts off of the car, including the transaxle, then sold the rest of it to famed car customizer George Barris, who would later loan it to the National Safety Council for promotional events.

Eschrich never got around to using the transaxle, but did install the Porsche’s engine in another race car and loaned a few of its parts to fellow racer Troy McHenry for his car. Both crashed in the same race in 1956, McHenry losing his life. It was one of several incidents tied to the Porsche that feed into a myth that it was “cursed.” Lee Raskin, author of “James Dean: On the Road to Salinas,” told Fox News Autos that McHenry’s crash was the result of his not tightening four bolts on the steering mechanism, which was unrelated to the Porsche parts.

The transaxle was sold several times over the years and spent a few decades in storage before it was discovered last year by Porsche restorer Don Ahearn while he was looking for parts for another classic model. The well-maintained and documented unit has been mounted to a display frame that replicates how it would be installed in the 550 Spyder.

The whereabouts of any other surviving parts are unknown, ore at least not public, including the crumpled body, which Barris in 1960 reported had been stolen from a shipping container on its way back to California from an event in Miami.

The online auction for the transaxle runs through 2 p.m. ET on May 29 and the high bid was over $275,000 at the time of this story was published, which is approximately twice what it would be worth without its Hollywood history.

The story has been updated with the latest auction information