The US Supreme Court is hearing arguments Tuesday in key voting rights cases out of Arizona that will test the limits of a provision of the Voting Rights Act that prohibits discrimination against minorities in voting.

In the two lawsuits, Brnovich vs. Democratic National Committee and Arizona Republican Party vs. DNC, which are being consolidated for Tuesday’s arguments, the court will determine whether two Arizona voting restrictions violate Section 2 of the Voting Rights Act.

Section 2 bans “any voting standard, practice, or procedure that results in the denial or abridgement of the right of any citizen to vote on account of race, color, or membership in a language minority group.” In 1982, Congress expanded the scope of Section 2 to cover not just intentional discrimination, but cases where voting policies resulted in discriminatory impacts in the “totality of the circumstance of the local electoral process.”

This case is an important test of the Voting Rights Act, which suffered a major blow with the Supreme Court’s 2013 ruling in Shelby County v. Holder. In that decision, the Court struck down the coverage formula used to determine which states needed to seek approval, or preclearance, from the federal government before enacting new voting policy changes under Section 5 due to histories of discrimination.

The stakes of this decision are elevated by lawmakers in dozens of states introducing over 100 bills aimed at restricting voting in 2021 legislative sessions. Many of those bills have been filed in battleground states like Arizona, which President Joe Biden won in November by a margin of only .3% of the total votes.

The Shelby decision rendered Section 5 unenforceable, freeing Arizona from the preclearance requirement, and leaving Section 2 as one of the most powerful tools for plaintiffs to challenge discriminatory vote-dilution schemes and voting policies.

“We are concerned that the Court could issue a ruling which would weaken or limit Section 2,” Sean Morales-Doyle, deputy director of the Voting & Elections Program at the Brennan Center for Justice, recently said on a call with reporters. “We simply cannot afford harm to Section 2 of the Voting Rights Act as we are entering a new redistricting cycle and we’ve seen a wave of restrictive voting laws introduced in state legislatures around the country.” 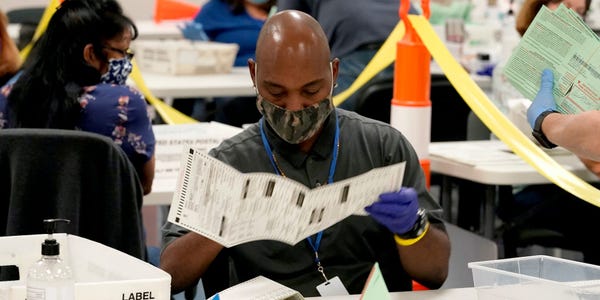 The cases began in 2016, when the DNC sued Arizona under Section 2 of the VRA over two voting restrictions passed by the state legislature: a law prohibiting provisional ballots that a voter cast in the wrong voting precinct from being counted in part or in full, and another barring third-party groups from returning voters’ mail ballots to election offices, sometimes referred to as “ballot harvesting.”

While a US District Court sided with Arizona, the 9th Circuit overturned that ruling.

The appellate court found that both laws violated Section 2 and discriminatory impacts against Black, Latino, and Native American voters in Arizona. Applying a two-part results part, the Court found that the plaintiffs proved that the laws “imposed a significant disparate burden” on minority voters, and resulted from “social and historical conditions” that fostered hostile conditions for minorities’ voting rights.

The 9th Circuit further ruled that the ban on third-party ballot collection was enacted with discriminatory intent, citing the state’s “long history of race-based voting discrimination,” the legislature’s prior attempts to restrict ballot collection, the increase in Latino and Native American voter turnout, false claims of fraud used as a basis to pass the law, and racially polarized voting patterns in the state.

Reservations are divided into chapter houses, or distinct communities within the reservation led by a chapter president. Chapter house boundaries, however, do not always align with the precinct boundaries set by the state, leading some voters to wrongly believe they could vote at their chapter house, a mistake that may force them to cast a provisional ballot.

Under Arizona’s out-of-precinct policy, even votes for statewide races at the top of the ticket like president, US senate, and governor, cast in the wrong precinct are not counted. 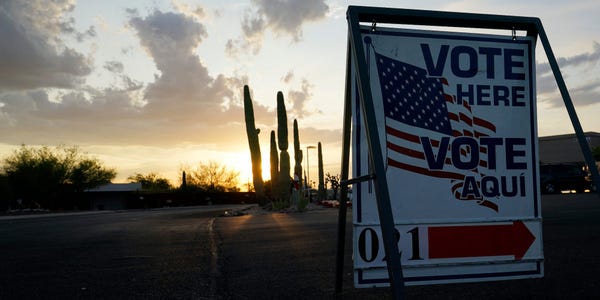 The Supreme Court hasn’t been the friendliest arena for voting rights advocates in recent years, and is poised to be even less so now with a 6-3 conservative majority.

In addition to reversing the 9th Circuit, the Arizona attorney general, the Arizona GOP, and its allies have filed amicus briefs in the case seeking changes to how Section 2 is applied in the future.

Some of the respondents and their amici have asked the Court to further narrow Section 2’s reach, including by limiting Section 2 lawsuits to cases of intentional racial discrimination, and restricting the provision to challenge only racial gerrymandering and vote dilution, not to voting policies.

“This case doesn’t have to approach anywhere close to the impact of the Shelby County decision if the Court does the right thing, and that’s what we’re hoping for here,” Morales-Doyle said.