President Donald Trump’s plane, a Boeing 757 decked out with 24-karat gold fixtures and seatbelt buckles, has been sitting unused and in need of repair at a New York airfield, according to reports.

CNN on Saturday published pictures of the plane sitting at Stewart international airport, an hour outside New York City. It said the plane hadn’t been flown since President Joe Biden’s inauguration.

The news follows reports that Trump’s net worth has fallen by as much as $700 million since he was a candidate. In the wake of the January 6 Capitol insurrection, some businesses cut ties with The Trump Organization. It’s been reported that Trump left office facing debts totalling more than $400 million.

During Trump’s 2016 presidential campaign, his plane earned the nickname ‘Trump Force One.” Trump held many of his rallies in airport hangers, using the plane — emblazoned with “TRUMP” — as a backdrop. 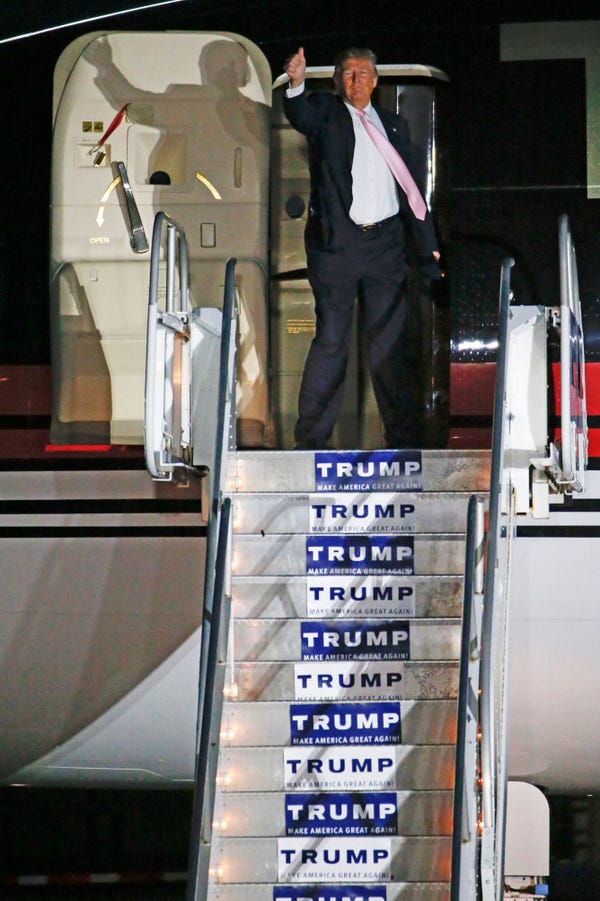 CNN reported that the plane’s left engine appeared to have been removed. Engine repairs could apparently cost hundreds of thousands of dollars.

The 757 had been a source of pride for the Trump Organization long before Trump ran for president. The company in 2011 posted a video tour of “Mr. Trump’s luxurious new 757,” giving viewers a taste of what it was like to travel “Trump style.”

The plane’s interior had been redone to Trump’s specifications, adding gold details throughout, according to the video. Its headrests and pillows carried Trump family crest.

Since 2010, the jet’s been registered to DJT Operations I LLC, according to Federal Aviation Administration (FAA) registration data. It’s a 1991 Boeing 757-200 series, with the call sign N757AF. It has a pair of Rolls-Royce RB211 turbofan engines, according to the FAA.

In March 2016, the plane’s wing was “clipped” by another plane at LaGuardia airport, according to The Associated Press.