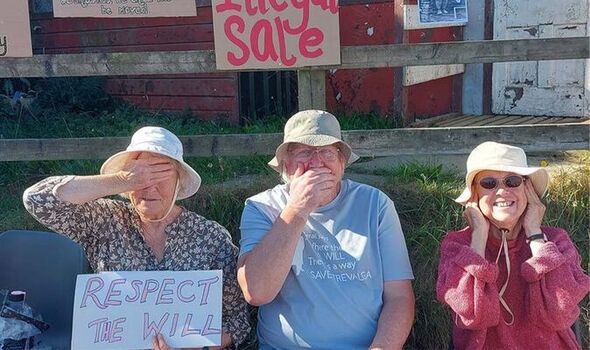 Trevalga is a tiny hamlet and estate nestled between Boscatle and Tintagel, in Cornwall. Tenants of the 1,200-acre estate recently had their worlds turned upside down when they received a letter saying that the area would be put on the market, with a guide price of £15,750,000. The tenants kept quiet initially, believing their tenancies would stand with a new owner after being told the sale was “inevitable”.

However, when the listing for the estate finally appeared, there was no mention of keeping the shorthold tenants in their homes, some of which are families who have lived there for generations.

“I know I am lucky to live where I do,” shared resident, Serena Partitrick. Speaking to CornwallLive, she expressed her fear about the future of her home, where she has lived her entire life. “I know this is a privilege. But we do not drive fancy cars, or have expensive clothes. We cannot afford to send our children to public schools, or even buy the houses we live in. But why must you have money to live somewhere beautiful?”

The tenanted estate of Trevalga was placed in a will trust more than 60 years ago when Mr Curgenven, owner of the estate until his death in 1959, left the hamlet in trust to Marlborough College. The trust was created so the estate could be preserved and improved “and as far as possible not sold or broken up”.

It consists of six let farms and 17 further houses and cottages, some of which are vacant, together with a range of miscellaneous property including barns with planning potential. The chapel was sold privately some years ago.

Previously, in 2010, the college tried to sell the estate after receiving legal advice that the trust was invalid because it did not have an end date or ultimate beneficiary. The sale was halted after residents received their own legal advice suggesting the college’s position was wrong. 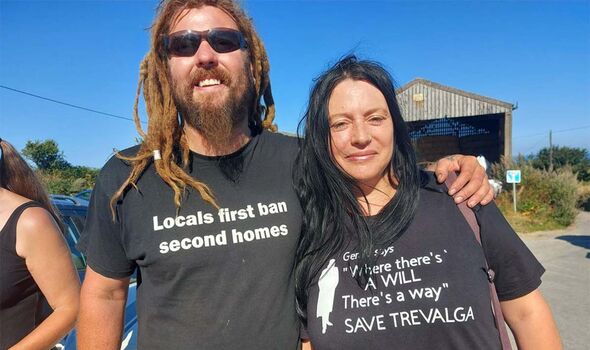 The trust was then formally registered with the Charity Commission as the Gerald Curgenven Will Trust. It has since been run by three trustees and tenants believed the estate was safe from any future sale until now.

Once tenants heard about the sale, they began to fear the possibility of a no-fault eviction if the estate entered the wrong hands. The listing describes the estate as “a remarkable, private ring-fenced estate on the north coast of Cornwall with varied income streams and a myriad of leisure, amenity and redevelopment opportunities.”

Serena Partrick, Trevalga resident and chief campaigner, has been leading protest efforts. She said: “There are so many questions that need answering, and we have so little time, money or power. They hold all the cards, and people in the village are terrified of what is to come. As am I. For my sister, my nephews, my community, me.

“Many people these days talk of the death of God leaving a vacuum in modern life, but what about the loss of community? Modern families are dispersed all over the world, where people used to share a street with them for their whole lives. People barely know their neighbours.

“I have known the majority of people in Trevalga from before I could talk. They are as familiar as the sky, and just as comforting. This is my home. This is our home. And I will do whatever I must to protect it.” 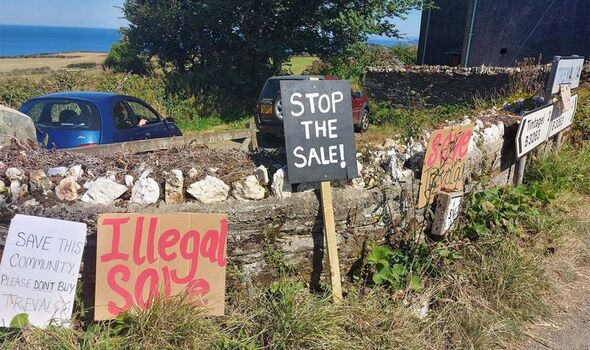 A spokesman for Marlborough College has explained that the sale is being handled by the trustees, who are liaising with Savills, and says that it is nothing to do with the college.

A Savills spokesperson said: ‘The sale is subject to all existing tenancies with the security of tenants remaining unchanged. The trustees have explored thoroughly the future of the estate within the trust structure that binds them and have concluded it is time for there to be a new owner not so constrained.”

A petition has been launched by residents fighting to have the sale reflect the “true intentions” of the late Gerald Curgenven, who left the estate to the college as he had no children or heirs.

The petition can be viewed and signed here. 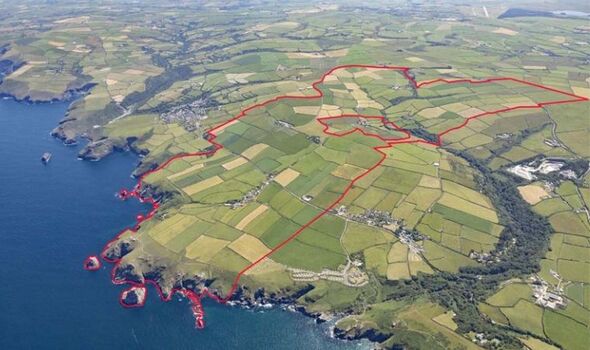 It reads: “There are no second homes in Trevalga, no holiday cottages, no properties emptied of tenants to establish Airbnbs. Few Cornish villages can say the same. However, in more recent years the trustees started to use short hold tenancies and now many people in Trevalga are vulnerable to eviction should the sale go ahead.

“We are a thriving, diverse, rural community, and this sale will devastate us. It is incredible that the trustees would do this during a national housing crisis, with over 21,000 people in Cornwall on our housing waiting list.”