When it comes to deflecting criticism, U.S. Sen. Ted Cruz has moves like Jagger.

Cruz responded on Twitter this week after Mick Jagger, the longtime frontman of the Rolling Stones, took a jab at the Texas Republican during a concert Tuesday at the Cotton Bowl in Dallas.

The senator downplayed the remark, referring to it as a “shout out.”

“Of all the things I never imagined would happen, a shout out from @MickJagger may be near the top of the list….” Cruz tweeted cheekily Wednesday after Jagger joked about Cruz’s Cancun vacation debacle during Texas’ deadly winter storm earlier this year.

“Now we’re going to do our lockdown song … that Ted Cruz so enjoyed in Cancun!” Jagger had told concertgoers before the band played “Living in a Ghost Town.”

Cruz took heat from all sides in February when his family flew to the Mexican resort town while their power – and that of many millions of other Texans – was out because of a power grid failure amid the storm. Cruz flew back to Texas after one night following a storm of negative media attention. 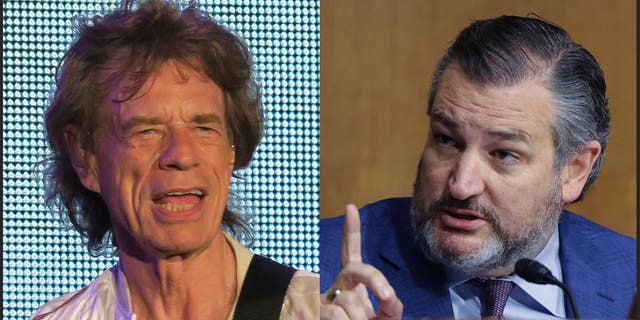 Some people defended Cruz’s trip, saying there was little a senator could do during a storm.

Cruz said in a statement at the time he was just trying to be a “good dad” by taking his daughters to the resort.

The storm left more than 200 people dead, according to FOX 29 in San Antonio.