Massive retailing conglomerate Wesfarmers has revealed a fresh bout of worker underpayments, with the Perth-based company saying it had underpaid Target staff by $9 million.

Announced in the company's half-year earnings on Wednesday morning, Wesfarmers noted it had uncovered further payroll errors after discovering underpayments at its Bunnings and Industrials division. 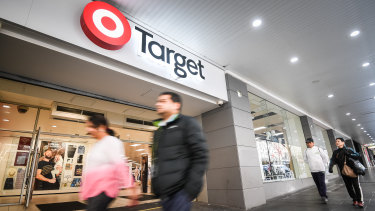 Target workers have been underpaid by $9 million.Credit:Justin McManus

A total of $9 million in provisions were booked relating to Target staff who had been underpaid by the multi-billion dollar retailer.

The fresh underpayments come months after Wesfarmers revealed it had also underpaid staff at its hardware division, Bunnings, and its Industrials companies, Blackwoods, Workwear Group, Coregas and Greencap.

"Immediate steps are being taken to rectify identified issues, notify and repay affected team members, including interest, and ensure accuracy in the future through a robust program of auditing and monitoring," chief executive Rob Scott said.

The company says it has not identified any other underpayments at its businesses, which include department store Kmart and office supplies company Officeworks.