Home » World News » Taking the Bezos out of Amazon

Amazon is Jeff Bezos. The company is built on his ideas and ideals, and its strategy reflects his numbers-obsessed brain. Bezos is the oracle behind a set of principles and mechanisms that govern his company. They are called “Jeff-isms” for a reason.

Now after 27 years, the company’s founder is taking the Bezos out of Amazon. The company announced on Tuesday that Bezos would hand off the chief executive job in a few months. He will still have a hand in Amazon’s big decisions, but this is the end of an era for Amazon and a milestone in the technology industry that worships founders — Bezos most of all. 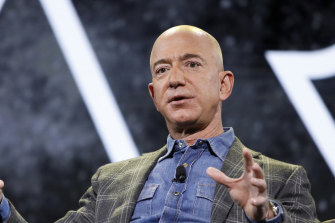 It’s hard to predict what a less Bezos-y Amazon will become.Credit:AP

Here are a few thoughts about what happens next:

First, a moment of appreciation. In 1994, Bezos was a Wall Street finance nerd who bet that the internet would be a big deal and that books were the best place to get started. To put it mildly, he was right. And then he was right again a lot after that.

The company he made in his image is worth $US1.7 trillion ($2.2 trillion), or more than four Walmarts. Amazon re-imagined what shopping means, remade industries from groceries to computer chips, hired people at a rate likely unmatched in history and is feared in just about every industry on the planet. Bezos himself is an internet meme and a tabloid fixture, the subject of fascination and obsession in corporate boardrooms and (some days) the world’s richest person.

It was a stunning first quarter-century for Amazon. But being Bezos was bound to get messier. Like other Big Tech companies, Amazon is confronting tough questions about whether the company cheats to stay on top, takes more from the world than it gives and is seeding a generation of subpar jobs. 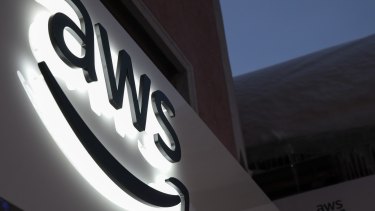 Not as well known as its retail arm, Amazon’s cloud computing business AWS is everywhere.Credit:Bloomberg

It’s AWS time. I’m going out on a limb but here goes: Amazon’s most disruptive force is not in shopping but with Amazon Web Services, the 15-year-old cloud computing business that has been led since it started by Amazon’s next chief executive, Andy Jassy.

Most people never use this behind-the-scenes technology, but it is the railroad tracks on which the online world chugs along. AWS popularised a novel model of computing that effectively lets anyone rent the digital power and expertise of Amazon.

This course that Amazon charted remade how internet services and corporate technology operate. Without AWS, there would be no iPhone age.

Bezos is so widely admired that he has been able to dabble in side projects like space travel, buy a newspaper, grab a role in a “Star Trek” movie, play competitive badminton and run Amazon however he wished. (One of those I made up.)

With Jassy in charge of Amazon, AWS could become even more important to the company. Already, the business is responsible for nearly 60 per cent of Amazon’s profits before taxes. And Bezos predicted years ago that AWS revenue could surpass that of Amazon’s e-commerce business. (It’s not even close yet.)

Sucharita Kodali, an e-commerce specialist at the research firm Forrester, told me that Amazon might now focus even more on AWS and fighting its muscular competitors in cloud computing, as well as technology-heavy parts of the company like digital advertising and hardware gadgets. It might focus less on groceries or fashion. “CEOs have favourite children,” Kodali said.

Bezos is still a power on the throne but …Bezos isn’t going to sit at home and eat potato chips. His new job title starting mid-year, executive chairman of the board, implies that he’s still going to play a big role in the company, and Amazon said he would have a hand in major decisions. Jassy is steeped in Bezos’ brand of Amazon, and institutions often have inertia that persists no matter who is in charge.

But make no mistake: This is a changing of the guard, as my colleague Karen Weise wrote. Companies don’t stay the same when their founders stop being in charge. Amazon might still be Bezos’ company, but I would bet it gets less so over time. 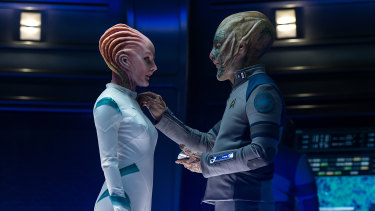 Star Trek fanatic Bezos, right, as a Starfleet official in Star Trek Beyond.

Goodbye or the long goodbye? There are two ways to hand off the CEO job: The former boss sticks around — at least for a while — to smooth the transition and provide advice, or he disappears. Amazon is doing the former, as did Disney and Oracle. Uber did the latter, and Microsoft has done one of each.

It’s hard to know which path is better, but founders do cast a long shadow. Arguably, Google suffered when its co-founder Larry Page stuck around for years as an amorphous boss above bosses after he gave up the CEO post in 2015. When Satya Nadella took over at Microsoft, it looked like his predecessors, Steve Ballmer and Bill Gates, would still have a hand in decisions. It was better for him and Microsoft that they quietly stepped back instead.

Why now? Bezos is so widely admired that he has been able to dabble in side projects like space travel, buy a newspaper, grab a role in a “Star Trek” movie, play competitive badminton and run Amazon however he wished. (One of those I made up.) Bezos says he wants to devote more attention now to futuristic projects and his other interests, but Elon Musk has done that and stayed the CEO of Tesla.

Amazon with Bezos at the helm has been one of the world’s most ambitious companies — and in my mind the most interesting one. It’s a window on nearly every industry, the economy and the future of jobs.