(CNN Business)Facebook on Wednesday announced that it had taken action against the so-called “disinformation dozen,” one month after the White House singled out the twelve people and argued that they were responsible for a majority of coronavirus misinformation.

In making the announcement, Monika Bickert, vice president of content policy at Facebook, pushed back against the narrative that the twelve accounts were primarily responsible for the spread of vaccine misinformation, writing that focusing on them “misses the forest for the trees.”
But, Bickert said, “Any amount of COVID-19 vaccine misinformation that violates our policies is too much by our standards — and we have removed over three dozen Pages, groups and Facebook or Instagram accounts linked to these 12 people, including at least one linked to each of the 12 people, for violating our policies.”

Bickert added that Facebook had “also imposed penalties on nearly two dozen additional Pages, groups or accounts linked to these 12 people” and “applied penalties to some of their website domains.”

The “disinformation dozen” was initially identified in March by the nonprofit Center for Countering Digital Hate which called on Facebook (FB) to shut down pages operated by those people.

The White House seized on that report and hammered the platform in July for allowing the people identified in the report to remain on its platform.
“There’s about 12 people who are producing 65% of anti-vaccine misinformation on social media platforms,” White House Press Secretary Jen Psaki said at the time.
On Wednesday, after Facebook’s action against the “disinformation dozen,” a White House spokesperson continued to strongly criticize the company.
“In the middle of a pandemic, being honest and transparent about the work that needs to be done to protect public health is absolutely vital, but Facebook still refuses to be straightforward about how much misinformation is circulating — and being actively promoted — on their platform,” a White House spokesperson told CNN Business. 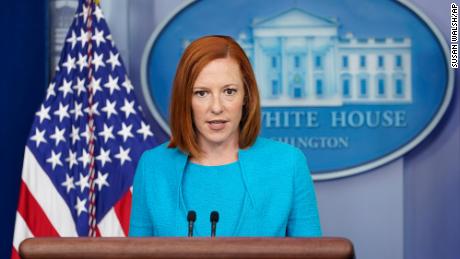 “It’s on everyone to get this right so we can make sure the American people are getting accurate information to protect the health of themselves and their loved ones — which is why the Administration will continue to push leaders, media outlets, and leading sources of information like Facebook to meet those basic expectations,” the spokesperson added.
Facebook said in July that it had taken some action against pages associated with the “disinformation dozen.” But the company would not offer more specificity at the time.
Facebook has still not removed every account linked to the group.
Bickert said Wednesday that “the remaining accounts associated with these individuals are not posting content that breaks our rules, have only posted a small amount of violating content, which we’ve removed, or are simply inactive.”

One of those pages not taken down belonged to Robert F. Kennedy Jr., a prominent anti-vaccine figure, who was previously booted from Facebook-owned Instagram, but not Facebook.
At the time, a Facebook spokesperson told CNN, “We don’t automatically disable accounts across our apps, because the accounts may post about different things on our different services.”
Source: Read Full Article