On Thursday morning investors were bracing themselves for impact. Two of Australia’s most coronavirus sensitive companies – Qantas and casino operator The Star Entertainment – released earnings updates.

Both provided a shock but neither was rude.

And both companies’ share prices surged by about 6 per cent and 5 per cent respectively in morning trade. 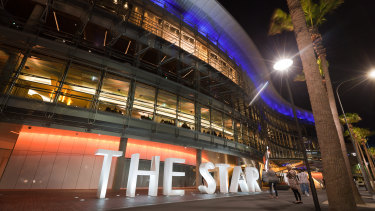 The Star's chief executive Matt Bekier looked unusually relaxed. He flummoxed analysts with the news that in the first six weeks of this quarter the casino's VIP revenue is up despite visitations being down.

It seems those who left Asia before the Lunar New Year have been stuck and have continued to play at the casino.

(It makes one wonder why Crown’s VIPs aren’t in the same position and if they are why management didn’t mention it.)

As for Star’s domestic mass market performance, visitations fell in the last week of January and the first week of February but since then numbers have started to increase and in Queensland these numbers are back to normal. Bekier expects the Sydney mass market visitation rates to be back to normal by the end of the month.

(So much for the virus-inspired fear that shopping centre owner Vicinity warned was keeping people out of the malls.)

Eventually, however, the VIPs will either be tapped out or will find some way to get back to China, Bekier conceded.

Thus if the borders have not been opened within a few months The Star will start to feel some delayed pain.

On the positive side, VIP represents a smaller part of Star’s overall business when compared with its rival Crown.

Equally, there is an expectation that when the viral catastrophe has run its course, there will be plenty of VIP’s looking to travel so there could be some catch up for Crown and Star to look forward to.

The same can be said for Qantas which could experience a burst in international demand when the crisis is passed.

Having said that, the impact on Qantas was large – a hit to earnings of between $100 million and $150 million for the full 2020 year, the parking of 18 planes and capacity cuts across Asia, the Tasman and the domestic market. All of which will impact 700 jobs, although at this stage none will be shed. 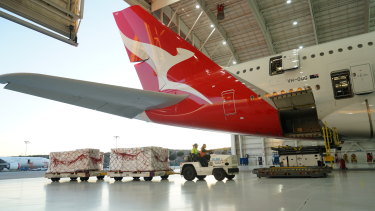 Qantas will be parking some planes for a while.

And the jump in Qantas's share price needs to be viewed against its weakness since January. There was quite a bit of relief in that rally.

If Qantas boss Alan Joyce was worried he wasn’t letting it show.

Despite the first-half profit to December dipping slightly, Qantas increased its dividend and announced a new share buyback – not the response from a board that is worried about medium-term profitability.

Qantas’ coronavirus-related damage had been exhaustively modelled by investors and analysts over the past couple of weeks.

In the meantime for casinos and airlines, it is all about mitigation. Qantas has offered some generous incentives to its frequent flyers, cut capacity and there is an expectation that customers could receive some cheaper fares to stimulate demand.

Meanwhile, Star’s relatively upbeat delivery of its December 2019 half-year results appeared in stark contrast to those delivered on Wednesday by Crown.

Star’s normalised earnings before interest and tax improved by 8 per cent (and hit at the higher end of consensus) against Crown’s 14 per cent decline.

Star’s VIP turnover was up 2 per cent where Crown’s was down 34 per cent. Star’s VIP earnings were marred by bad debts resulting in an 18 per cent fall in earnings before interest tax depreciation and amortisation.

Crown had a flat performance in the mass market segment while Star gained market share in electronic gaming machines.

But while Star seems to have comprehensively won this round of reporting, the real test begins in about 10 months when Crown opens its Sydney casino.

That will be game on.