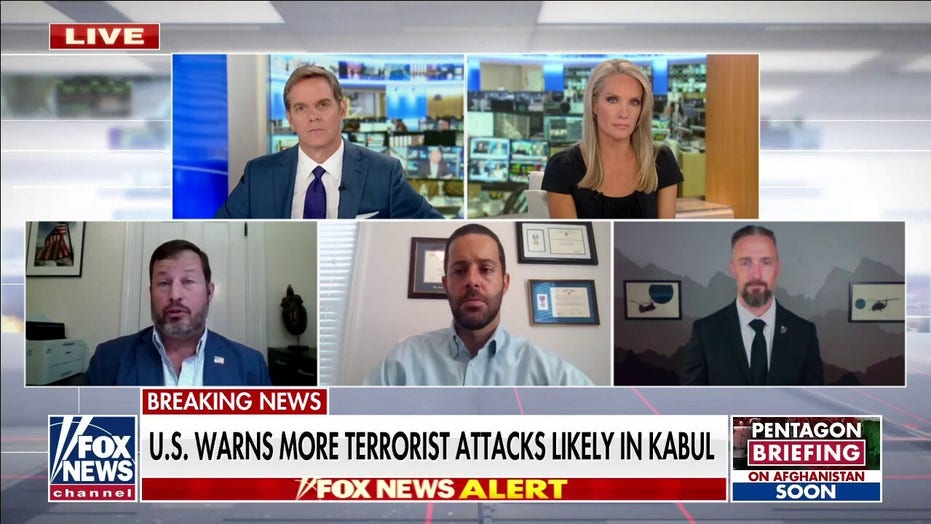 Veterans Alex Plitsas, Greg Stube, and Matthew Griffin blasted the administration for its military operations, suggesting there will be ‘domino effects’ and hardships that lie ahead.

Rep. Jeff Duncan has cosponsored articles of impeachment against President Biden due to a “foreign policy failure” in Afghanistan.

Duncan, R-S.C., is lending his support to articles filed last week by Rep. Marjorie Taylor Greene, R-Ga. In a statement, Duncan said it was time to remove the sitting president after his “gross negligence” led to the Taliban’s takeover of Afghanistan and “resulted in a grave humanitarian crisis.”

“I am heartsick at the President’s failure to fulfill his duty that has resulted in American deaths and thousands of Americans and Afghan allies being abandoned at the risk of being tortured, captured, held hostage, or killed at the hands of the Taliban or other terrorist forces,” Duncan wrote. “Our Commander-in-Chief showed reckless disregard for both American citizens and allies in neglecting to secure their safe evacuation from Afghanistan once he withdrew our troops.”

“The President promised to preserve, protect, and defend the Constitution of the United States, but it is evident the President has failed to fulfill this charge,” he added.

Duncan insisted he did not make the decision lightly and that it “saddens” him to take such drastic action.

Greene applauded Duncan’s support, saying it was “time for Congress to hold this administration accountable.”

Greene last week introduced a trio of impeachment resolutions calling for Biden’s removal from office over a number of issues, including the withdrawal of the U.S. military presence from Afghanistan.

The freshman congresswoman accused Biden of “dereliction of duty” following the Taliban’s takeover, alleging he “failed to secure the extraction of thousands of American civilians and Afghan Allies” and “armed our enemies” by leaving U.S. military equipment in the country.

The articles initially seemed unlikely to gain any traction in Congress, but the suicide bombing in Kabul on Thursday appeared to have changed the tune for some leaders.

Sen. Josh Hawley, R-Mo., on Thursday called for Biden to resign following what he called a “sickening” event, and Sen. Marsha Blackburn, R-Tenn., joined him by saying that Biden – along with Vice President Kamala Harris, Secretary of State Antony Blinken, Secretary of Defense Lloyd Austin and Joint Chiefs of Staff Chairman Gen. Mark Milley “should all resign or face impeachment and removal from office.”

Rep. Jeff Duncan’s office did not respond to a Fox News request for comment.