The chief executives of two of the nation's largest retail employers have blamed incorrectly configured software as a key cause of staff underpayments, arguing this issue also often leads to businesses overpaying workers.

Rob Scott, who heads up Bunnings, Kmart and Target owner Wesfarmers, and Anthony Heraghty, the managing director of Rebel Sport's parent, Super Retail Group, both pinpointed software bought from offshore vendors and not configured for Australia's relatively complex labour environment as a key factor in staff being underpaid. 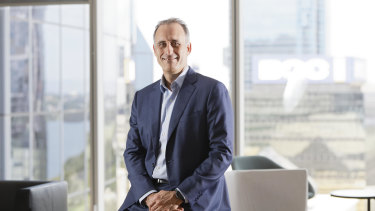 Wesfarmers chief executive Rob Scott has said incorrectly configured payroll software is at “the heart” of many underpayment issues.Credit:Trevor Collens

"At the heart of a lot of the issues is whether the detail and specifics of various enterprise agreements are configured in the system the right way," Mr Scott said.

When Wesfarmers identified historic cases of overpayment, the company "takes [it] on the chin", he said. "We don't seek to claw that back from people … but clearly if there's been an underpayment, that needs to be rectified."

Wesfarmers has in recent months disclosed that it underpaid thousands of workers by upwards of $30 million over the past decade. The Perth-based conglomerate is also a major shareholder in Coles, which on Tuesday said it had also underpaid staff by $20 million across its supermarkets and liquor businesses.

On Thursday, Super Retail Group, which also owns Super Cheap Auto, said it had identified an additional $8 million in underpayments for its staff members, relating to additional workers who had been underpaid overtime entitlements. It brings the company's underpayment total over the past eight years to $60 million.

'Where there's an individual that's got an [overpayment], we never, ever drag it back. If it's an [underpayment] we fix it as quickly as possible.'

The chief executives' admissions come amid a wave of increased scrutiny from the government and customers over recent wage scandals, which have prompted numerous high-profile retail and hospitality businesses to reveal underpayments in recent months.

On Tuesday, Attorney-General Christian Porter told businesses to "get their house in order" or face the wrath of new legislation from the Morrison government, which may impose criminal penalties in ‘wage theft’ cases.

Mr Heraghty echoed Mr Scott's comments, telling The Age and The Sydney Morning Herald his company also identified regular cases of overpayment. "[Employees] keep the money. Where there's an individual that's got an [overpayment], we never, ever drag it back. If it's an [underpayment] we fix it as quickly as possible," he said.

Major Australian companies typically use a range of global payroll and workforce management systems, including SAP, Kronos and Infor off-the-shelf, meaning they are not set up to interpret Australian awards. 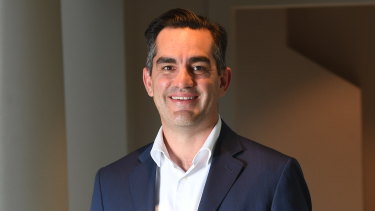 They require configuration and regular updating as awards and enterprise agreements change, a process which is either done by consultants or the company itself, payroll industry software experts say.

Mr Scott said one example of these incorrectly configured systems was where one company's enterprise agreements had an overtime rate which kicked in after 19 days of work within a one-month period.

"But the software didn't capture that appropriately. So when we went through in our detailed analysis, we identified the overtime rates were not loading properly, which needed to be fixed," he said.

Mr Scott accepted it was the responsibility of his company to monitor and rectify such errors, noting it had put additional checks and balances in place, but said while humans and software were involved, "errors will happen".

Asked how many overpayment cases Wesfarmers had encountered Mr Scott said: "I couldn't tell you."

Mr Heraghty said his company's underpayments had occurred due to an "underinvestment in computer systems" and a failure to implement processes and policies to ensure the systems accurately accounted for "complexities" in wages.

The company is in the midst of a 12-month process to refit its outdated time monitoring and attendance systems, which will be finished just before Christmas and involve "a sea of auditors" and checks to ensure system compliance.

"It's expensive, but it's what's required to deal with this complexity," he said.

Wesfarmers was unable to confirm how much it had overpaid staff. Super Retail did not respond to a request for comment by deadline.