Home » World News » Should you stay in your car during a tornado? 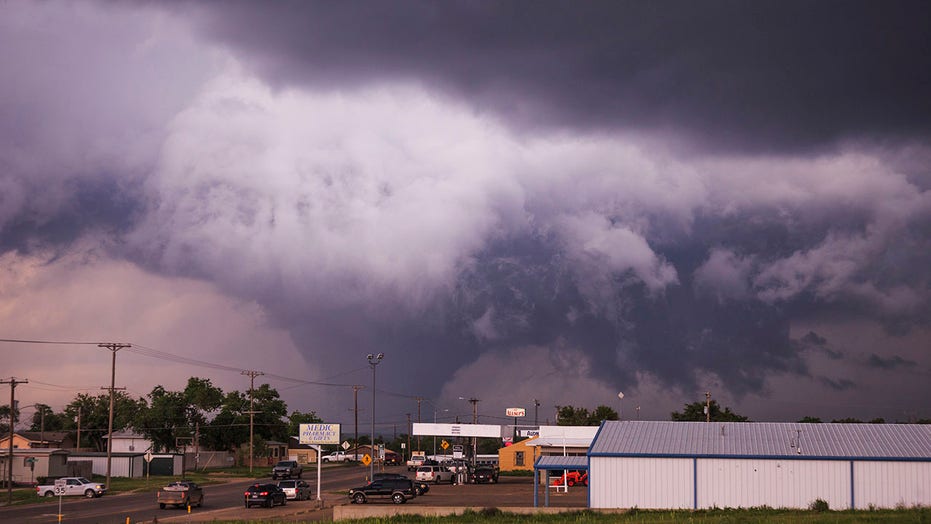 Getting caught in a tornado is one of the most terrifying things someone can experience, especially if they’re away from shelter. 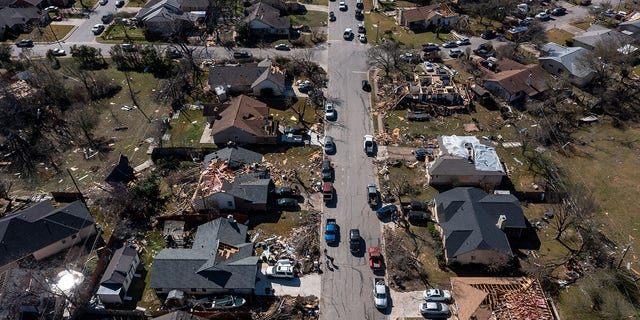 Vehicles are at particular risk during a tornado.
(Jordan Vonderhaar/Bloomberg via Getty Images)

Vehicle occupants are at particular risk as even relatively mild tornadoes can push or flip cars and trucks, while an F4- or F5-rated event can pick them up and toss them through the air, according to the National Weather Service (NWS.) 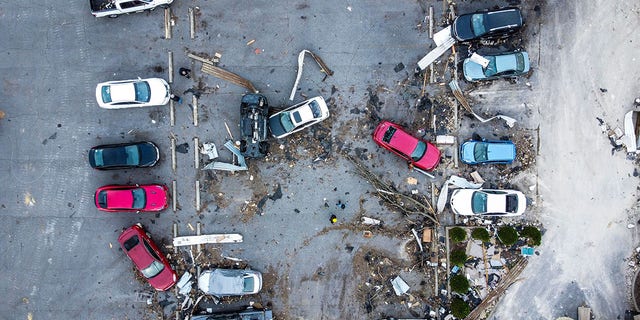 Vehicle can be pushed around and even thrown through the air.
(Chandan Khanna/AFP via Getty Images)

Drivers and passengers in the path of a tornado are often faced with the question of what to do. Unfortunately, none of the options are ideal. 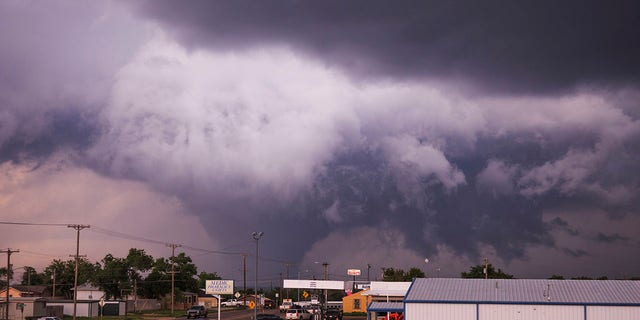 Experts say it is unwise to try to outrun a tornado in your vehicle.
(Marko Korosec/Future Publishing via Getty Images)

The NWS and Department of Homeland Security agree that you should never try to outrun a tornado that’s threatening as they can travel at great speeds and their paths are hard to predict, especially from the driver’s seat. 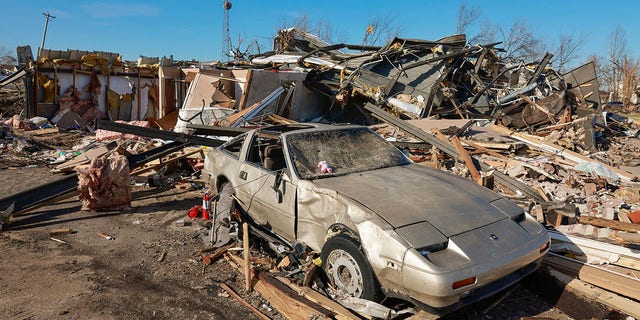 The body and safety equipment in a vehicle can provide similar protection during a tornado as they do in an accident.
(Jeremy Hogan/SOPA Images/LightRocket via Getty Images)

If a strong building or shelter is nearby and time permits, they say you should abandon the vehicle and get inside. If such cover is not available, the NWS suggests finding a ditch or ravine to lie down in.

If it’s not possible to do any of the above, your best bet is to park the vehicle out of the traffic lanes and away from bridges and stay inside to take advantage of its safety features, according to the National Oceanic and Atmospheric Administration. Leave the engine running, so that the airbags remain active, keep seatbelts buckled, duck and cover with your arms and put a coat or blanket over you to protect against broken glass and debris.