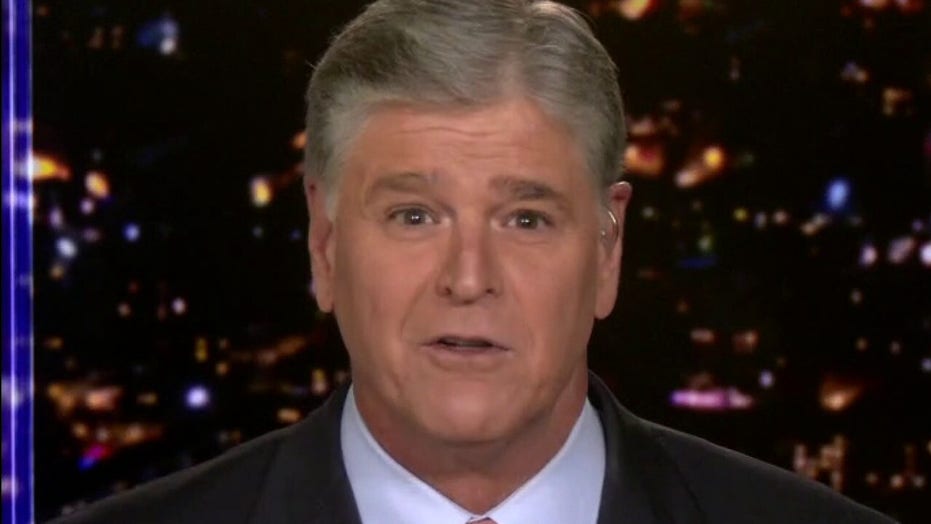 Breaking down Kamala Harris’ far left agenda as the media labels her a ‘moderate.’

"I think she [Harris] memorized her lines and delivered them quite well when she confronted, well, the ever-forgetful Joe, the corrupt Joe, about his work with segregationists and opposing integration and so much more," the "Hannity host said.

"Did you forget about that?" Hannity asked Harris. "Do you no longer care about this conduct? Did you evolve, as you say?"

The host then ticked off a laundry list of criticisms of Biden, some of which were brought up by Harris at the very first Democratic primary debate last year.

"What about Biden's work with segregationists to slow school integration? Remember he worked with the former Klansman, the guy that actually filibustered the historic Civil Rights Act and didn't support the Voting Rights Act," said Hannity, referring to the late Sen. Robert Byrd, D-W.Va.

"You that desperate in this case to be vice president of the United States?" asked Hannity before rounding on the mainstream media for painting Harris as a moderate.

"She's to the left of 'Bolshevik' Bernie Sanders along with her vow to, oh yeah, confiscate guns via executive fiat … And her support of, oh yeah, Medicare-for-all with zero chance of you having your own health care provider. No choice. I thought liberals were pro-choice," Hannity said. "Then there's sponsorship of the New Green Deal. She's a co-sponsor in the U.S. Senate. You know the plan to ban fracking. Pennsylvania, Ohio, Michigan, you watching this? … Ban [plastic] straws, limit red meat. That's all moderate. Sure."