Schumer vows to push filibuster vote he knows will fail

Congressional correspondent Chad Pergram has the details from Capitol Hill on ‘Special Report.’

The bill is designed to provide health care and resources to veterans who suffer from health issues related to toxic exposure during their military service in Iraq and Afghanistan.

“Enough is enough. Veterans deserve a hell of a lot better,” Schumer said at the press conference. 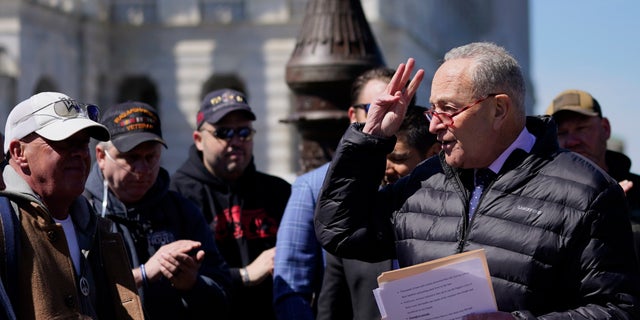 Gillibrand also spoke in support of the bill saying, “This is the cost of war.”

Veterans and loved ones of service members who have developed health issues since serving were also present and spoke alongside the senators. 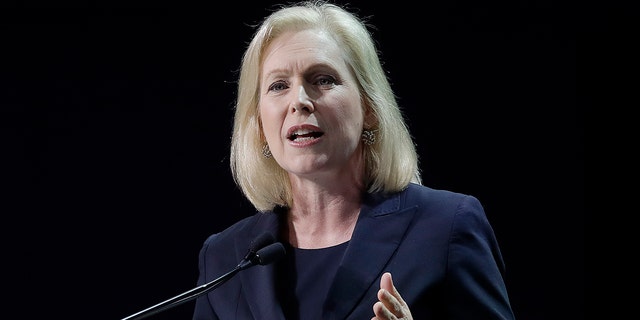 Schumer highlighted the fact that only 10 Republican votes would be needed for the bill to be passed in the Senate.

Isiah James of the Black Veterans Project had a message to senators ahead of the vote: “America is watching.”

On March 3, the bill was passed the House of Representatives with bipartisan support. Thirty-four Republicans joined Democrats to send the bill to the Senate.

However, some Republicans took issue with HOPA because House Democrats failed to get behind another bill, the Health Care for Burn Pit Veterans Act.

In a press release following the passage of the bill in the House, Reps. Mariannette Miller-Meeks, R-Iowa, and Mike Bost R-Ill., both veterans, explained why they voted against it.

Miller-Meeks said the Health Care for Burn Pit Veterans Act, which passed unanimously in the Senate, would have better provided “life-saving care to toxic-exposed veterans in a responsible and sustainable way,” rather than HOPA.

The congresswoman slammed the House for using “valuable floor time debating and voting on a partisan bill that will not become law in its current form.”

“I come from a long line of veterans. I am a veteran, and my son and grandson serve now. I know the physical and mental impacts of war. Because of that, I refuse to make empty promises to the very community I am honored to be a part of,” Bost said in his statement against the bill.

In addition, other Republicans were skeptical about the massive spending that would generate from the bill.

The Senate has not yet set a date for a vote on the bill, but Schumer promised a vote on it “this Congress.” If passed, it would head to President Biden’s desk to be signed into law.