Rep. Ron Wright, R-Texas, died Sunday at age 67 two weeks after being hospitalized with his wife Susan after testing positive for COVID-19, his office said Monday.

Wright, who had battled cancer for years, announced Jan. 21 that he was experiencing “minor” COVID-19 symptoms. He had been admitted to Baylor Hospital in Dallas.

He is survived by his wife Susan, his children Derek, Justin and Rachel, his brother Gary, and nine grandchildren, according to his office, which said he will be “remembered as a constitutional conservative.”

“He was a statesman, not an ideologue,” his office said. “Ron and Susan dedicated their lives to fighting for individual freedom, Texas values, and above all, the lives of the unborn.”

“His wife Susan was by his side and he is now in the presence of their Lord and Savior,” the Monday statement said. 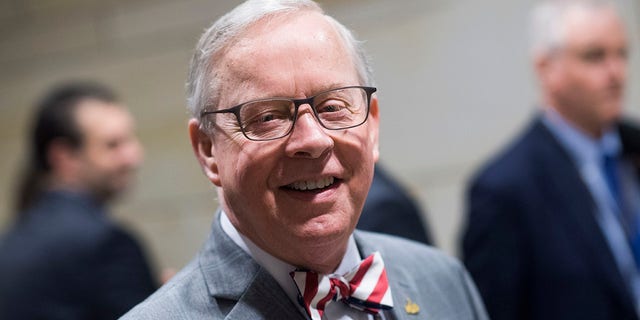 Wright was hospitalized in September due to complications with his cancer treatments, which his office described as “painful, sometimes debilitating.” He was first diagnosed with lung cancer in 2018 and described it as a “kick in the stomach” to the Fort Worth Star-Telegram.

“As friends, family and many of his constituents will know, Ron maintained his quick wit and optimism until the very end,” his office said. “Despite years of painful, sometimes debilitating treatment for cancer, Ron never lacked the desire to get up and go to work, to motivate those around him, or to offer fatherly advice.”