THE REMAINS of a giant sloth creature have been found in Ecuador.

Dubbed the 'South American yeti', the ancient animal is thought to have roamed the inter-Andean valleys thousands of years ago. 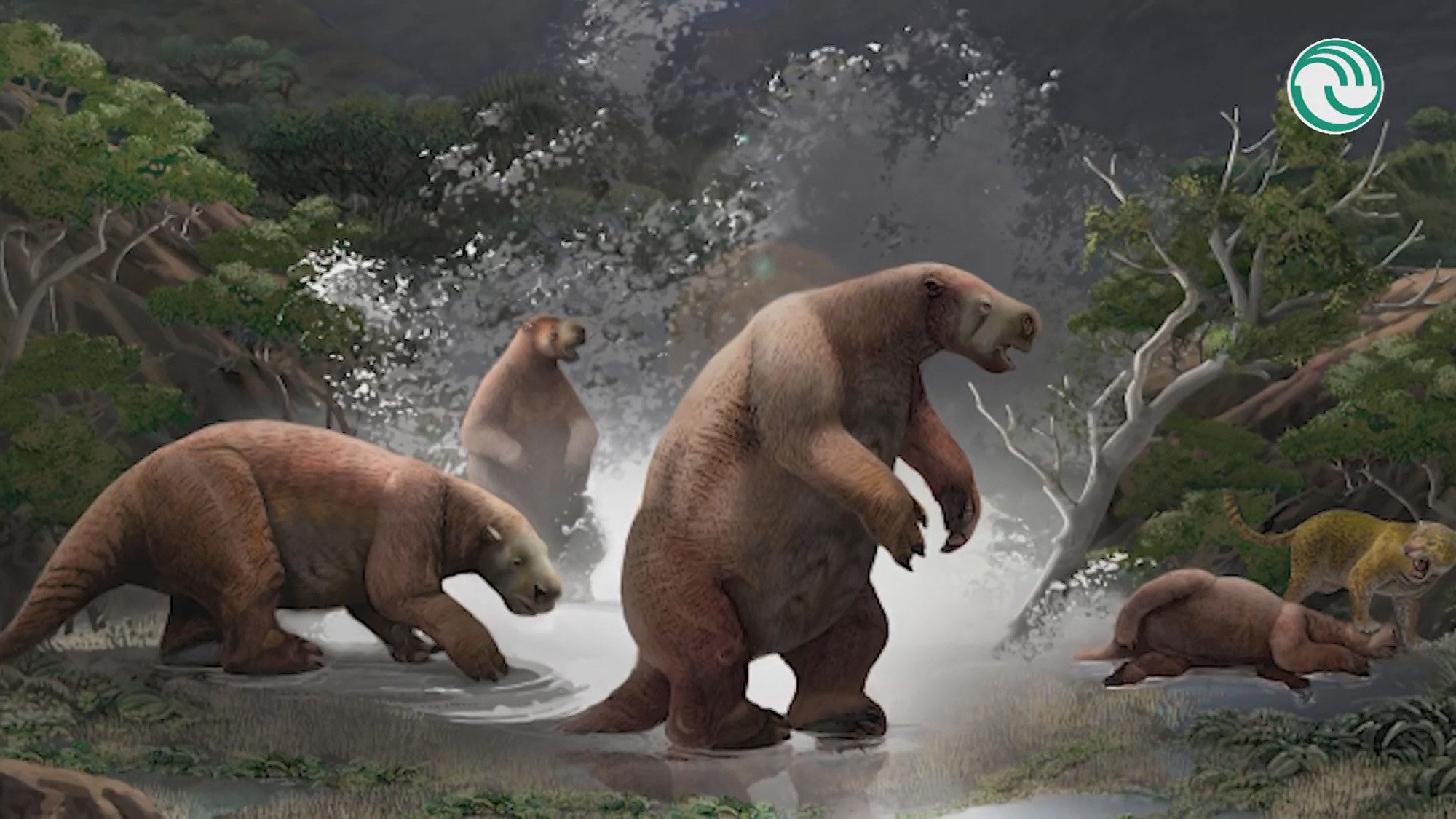 A team of palaeontologists found the 'yeti' in a mountainous area 2,500 metres above sea level.

They think it weighed around one tonne and had huge claws.

Its snout was likely adapted to withstand low temperatures and high altitudes.

When it roamed the Earth between 10,000 to 40,000 years ago it likely lived in grassland areas a few degrees warmer than they are today. 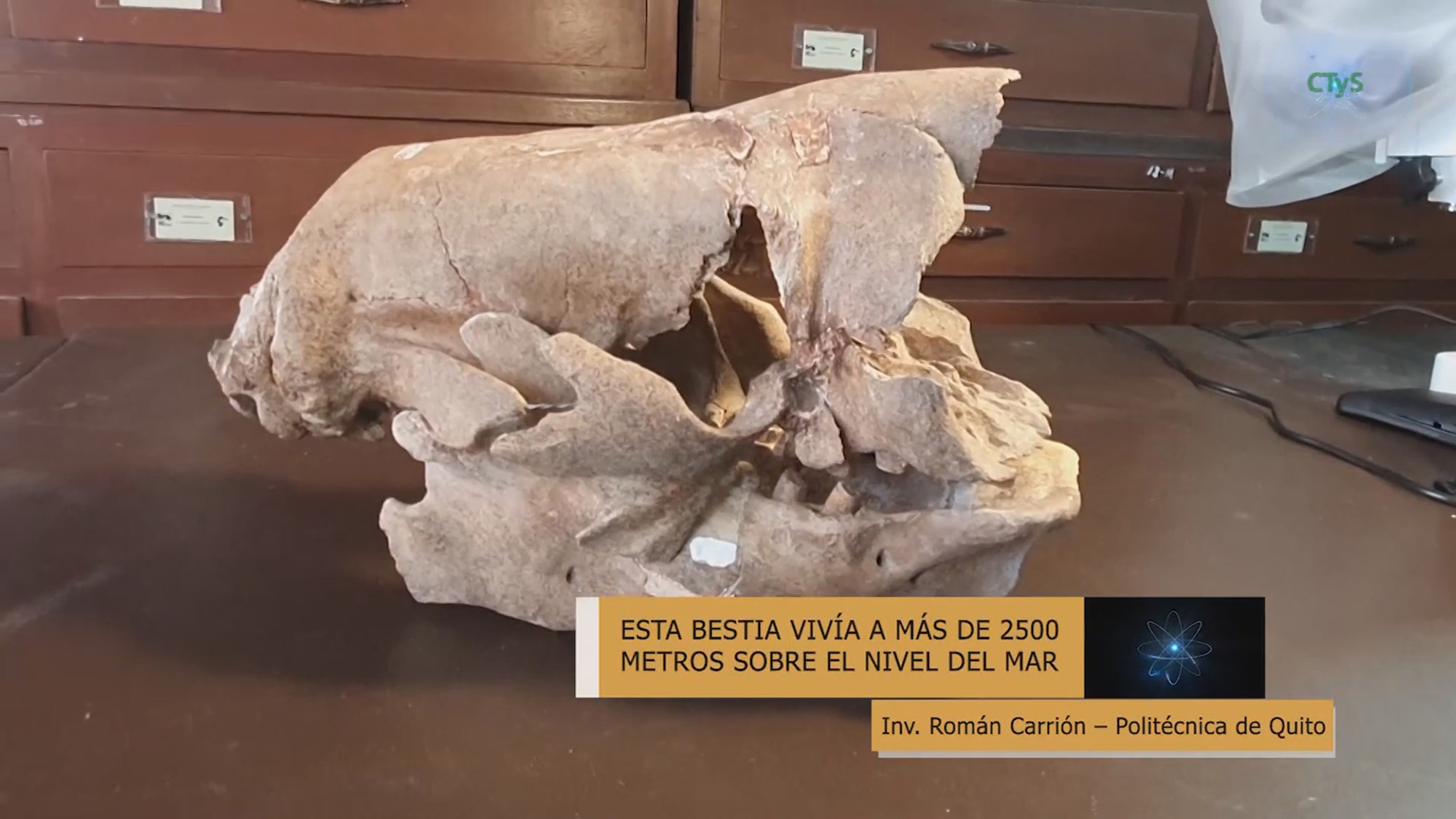 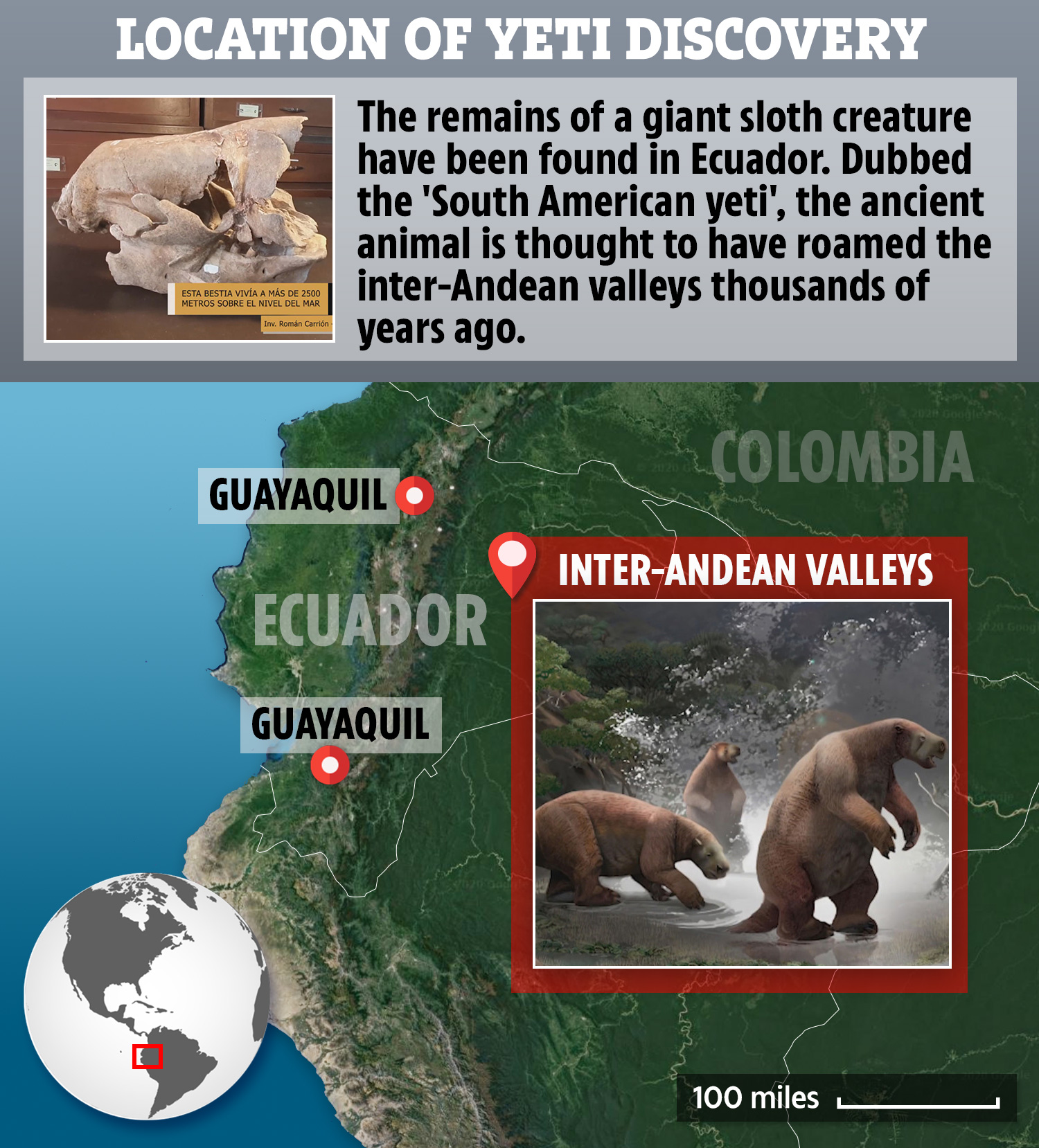 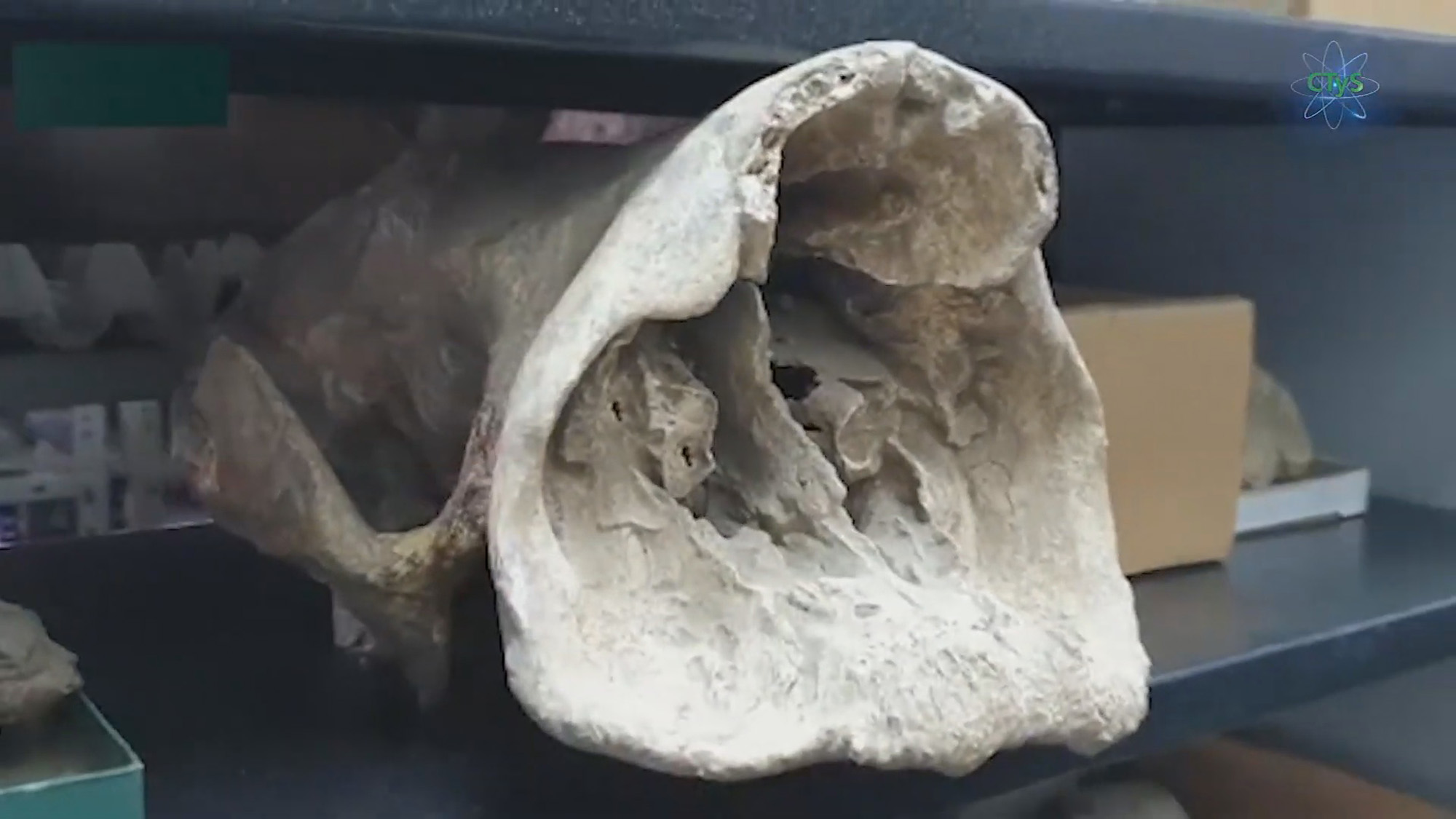 The scientific name of the ancient animal is Oreomylodon wegneri, or mountain mylodon.

Enough remains were found to build an almost complete body of the creature.

Bones of this giant beast have been being discovered in Ecuador for over 100 years. 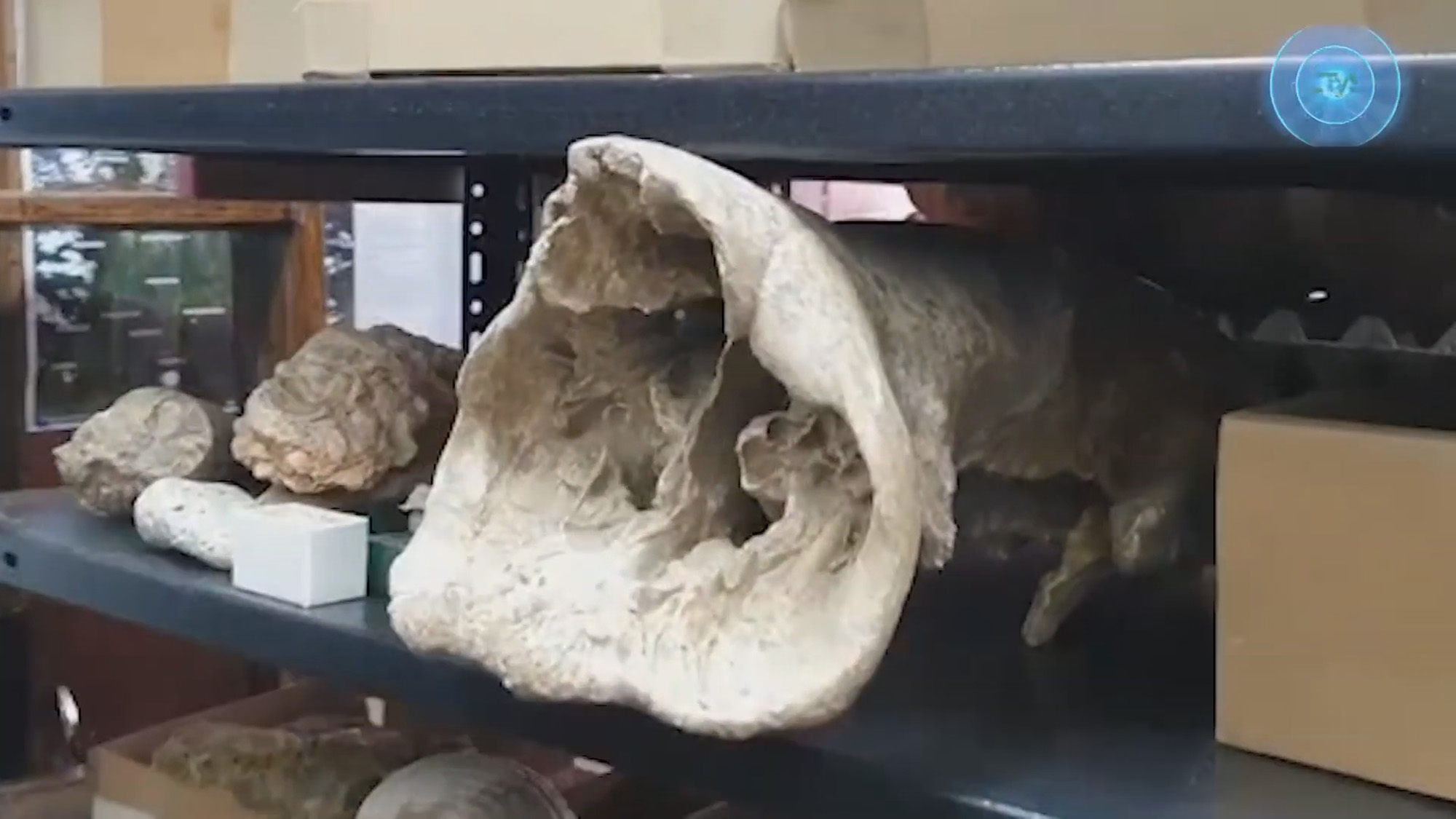 The species has been confirmed as a unique type of ancient sloth that lived in higher grounds.

The Argentinian and Ecuadorian research team may have found a lot of remains but they still think more details need to be discovered.

They did find out interesting facts like the creatures claws were located on both its back and front legs.

Lead author of the research Román Carrión of the Polytechnic School of Quito said to research agency CTyS: "The finding of three examples in the same place makes us think that these animals lived in herds, a completely new fact for all terrestrial sloths."

It's also thought the creatures were herbivores with a strong sense of smell.

The history of the planet in years…

In other archaeology news, the world's smallest dinosaur has been discovered by scientists.

Ostrich egg beads were used as ‘ancient Facebook likes’ by our long-dead ancestors.

And, after 3,345 years resting in the Valley of the Kings, Tutankhamun is about to move home.

What do you make of this 'yeti' creature? Let us know in the comments…