Now, in place of what an archived webpage shows — a community of tens of thousands of subscribers with the header "President Donald Trump – Election Defense Task Force – Stop The Steal!" — is a red gavel with the caption "This community was banned due to a violation of Reddit’s rules against inciting violence."

A Reddit spokesperson told Fox Business that r/donaldtrump had committed "repeated policy violations in recent days regarding the violence at the U.S. Capitol.” 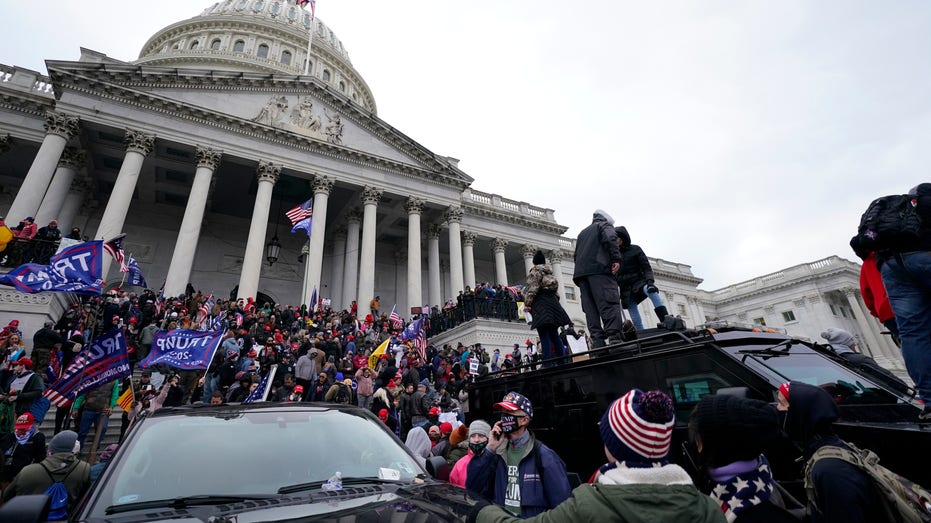 Trump supporters stand on top of a police vehicle, Wednesday, Jan. 6, 2021, at the Capitol in Washington. (AP Photo/Julio Cortez)

"Reddit's site-wide policies prohibit content that promotes hate, or encourages, glorifies, incites, or calls for violence against groups of people or individuals," they said. "In accordance with this, we have been proactively reaching out to moderators to remind them of our policies and to offer support or resources as needed." 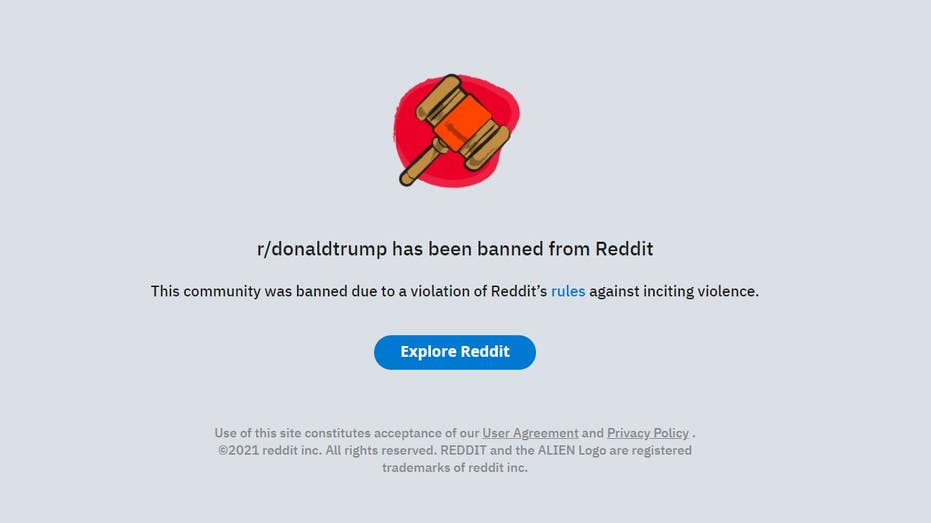 In the summer of 2019, Reddit also banned the controversial subreddit "r/The_Donald," in addition to 2,000 other subreddit groups and users that violated new content policies.

The message board site is not the only tech platform to block or suspend access to an account related to the president.

Twitch and Snapchat have reportedly made similar moves, and Axios reported Friday that TikTok and YouTube have both committed to more tightly enforcing their content following Wednesday's siege on the U.S. Capitol by many of Trump's supporters.

In response to Twitter's Friday removal of @realDonaldTrump, President Trump released a statement first using the official @POTUS handle — a post that was soon taken down — and then sent the same text out in a statement to White House reporters, criticizing Twitter as an opponent of free speech and teasing the creation of a potential new social media platform in the future.

Attempts by Fox Business to reach the White House for further comment on Saturday were unsuccessful.