Reality Winner, the National Security Agency whistleblower who was imprisoned for leaking classified information on Russian interference in the 2016 presidential election to the press, is seeking clemency from President Donald Trump.

The former U.S. Air Force intelligence specialist and her supporters filed a petition on Monday to the Office of the Pardon Attorney, an arm of the Justice Department, requesting her early release from jail.

Winner, now 28, was sentenced in 2018 to five years and three months behind bars. She has since served about 30 months of her sentence.

She pleaded guilty to breaching the Espionage Act by smuggling a top-secret report about Russian hacking attacks out of an NSA office in her pantyhose, The New York Times reported. She then shared the report with a news outlet, widely reported to be The Intercept.

Winner said in court in August 2018 that she took “full responsibility” for the “undeniable mistake I made.”

“I would like to apologize profusely for my actions,” she told U.S. District Court Judge J. Randal Hall. ”My actions were a cruel betrayal of my nation’s trust in me.” 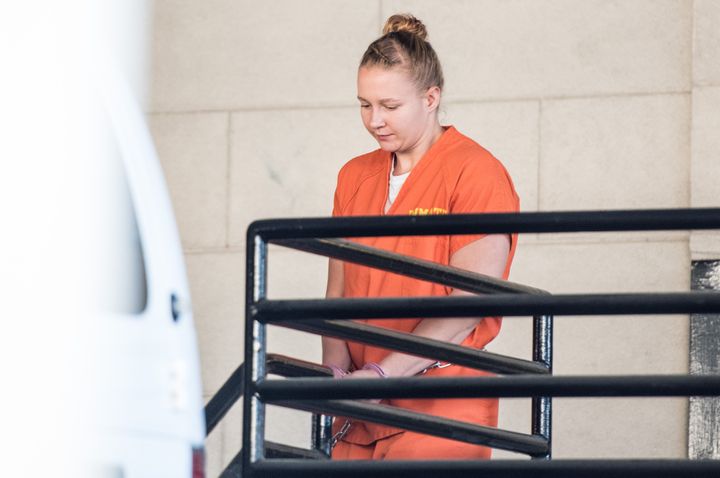 In her clemency petition, Winner’s incarceration was described as “costly, unnecessary to protect the public, burdensome to her health and wellbeing, and not commensurate with the severity of her offense.”

“Our country was attacked by a hostile foreign power,” Alison Grinter, Winner’s attorney, said at a Monday press conference in Dallas. “Our national healing process cannot begin until we forgive our truth tellers and begin the job of rebuilding what was taken from us ― election security, accountability for those who endeavor to undermine our democracy, and safeguarding the American right to government by and for the people.”

“None of this can begin in earnest while we are still punishing those who tell us the truth,” Grinter added, noting that she’d submitted 4,500 letters of support for Winner as part of the clemency application.

As The Intercept noted this week, Winner’s prison sentence is the longest sentence ever imposed in federal court on a journalistic source under the Espionage Act.

Though the Trump administration has yet to respond publicly to Winner’s petition, the president has spoken of the whistleblower’s case in the past.

He said in a 2018 tweet that Winner’s sentence had been “unfair” for someone who was “small potatoes” compared to his earlier political rival Hillary Clinton. Winner’s petition refers to Trump’s tweet.

“This president has been willing to use his pardon power without regard to many of the conventions that have been put together to guide and advise a president on pardons and commutations,” Grinter told the Times this week of Trump.

“We know the president pays attention to Twitter and media, and we are hoping that the president sees this for what it is and that is an opportunity to put right a great injustice,” she continued.