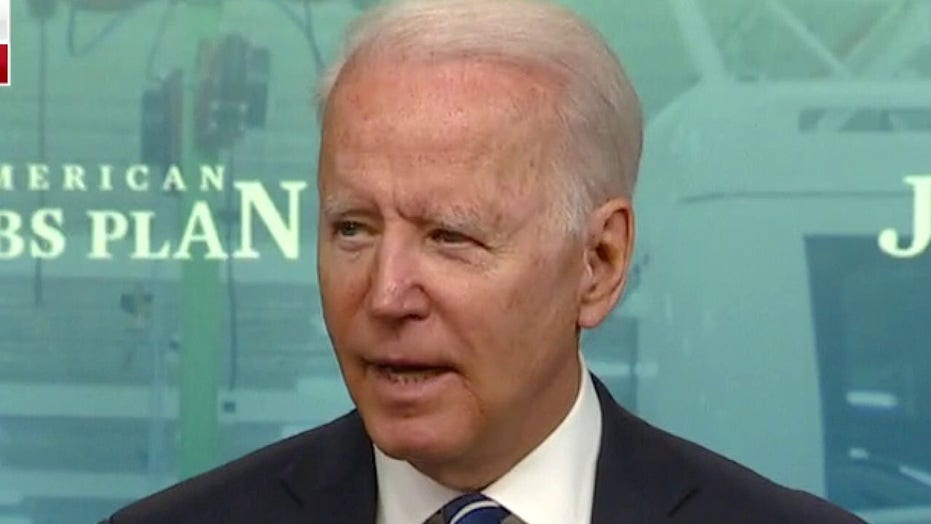 Biden gets tired of ‘negative’ Afghanistan questions: ‘I’m not going to answer anymore’

President Biden gets tired of getting questions on Afghanistan heading into the Fourth of July weekend.

White House press secretary Jen Psaki said that President Biden snapped at reporters questioning him on the Afghanistan drawdown because he was “ready to be done answering questions.”

As U.S. forces withdraw from the region after 20 years, reporters questioned the president on Friday about the potential of an Afghan fall to the Taliban.

“I’m not gonna answer any more questions about Afghanistan,” Biden said. ” Look. It’s 4th of July. I’m concerned that you guys are asking me questions that I’m gonna answer next week…I’ll answer all your negative questions, not negative, legitimate questions.”

“I want to talk about happy things, man,” the president said.

“I think what trying to convey he is heading into the July 4th weekend, a weekend for family, a weekend to celebrate America, he was ready to be done answering questions,” Psaki told reporters who pressed her to clarify the president’s dodging.

“I think people are a little over-reading into his response,” she added later, saying that he’d already answered three questions on Afghanistan.

Psaki reiterated that the president doesn’t think the war in Afghanistan could be won “militarily,” and the U.S. will continue to engage in diplomatic negotiations.

She also said that the administration has identified a group of Special Immigrant Visa (SIV) applicants who served as interpreters for the U.S. military and whose lives are now in danger as they’re targeted by the Taliban. She said that group will be relocated outside Afghanistan before troops withdraw.

The Islamist group has gained momentum in the region since Biden’s announcement that all troops would be gone by Sept. 11. In recent weeks, nearly a quarter of Afghanistan’s districts have fallen to the Taliban.

A recent U.S. intelligence assessment, first reported by The Wall Street Journal, concluded that the government of Afghanistan could fall within six months of the U.S. departure.

“The decision of President Biden has been a strategic decision,” the Afghan leader said as he visited Washington to meet with Biden and leaders in Congress.

“We’re going to stick with you,” Biden promised Ghani at the time. Hours earlier, the U.S. had launched two drone strikes aimed at Taliban strongholds in northern Afghanistan.