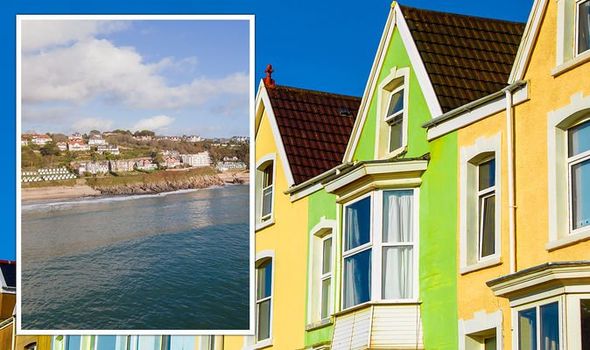 A new study has crowned Gower in Swansea, Glamorgan in Wales as the most “up-and-coming” property hotspot in the whole of the UK. The study analysed more than 600 areas across the UK and found that the town had everything prospective buyers are looking for. The small Welsh town has remained relatively unknown until recently, however it was actually named the UK’s first ever Area of Outstanding Natural Beauty back in 1956.

Glamorgan’s Gower, famous for its beautiful beaches and abundance of countryside, took the crown, thanks to its recent increase in house prices, the number of schools in the area, low crime rates and a 20 percent increase in people searching for a move to Gower on Google, in just the last three months.

The study, which was commissioned by newly launched property portal Boomin, looked at everything from house prices, quality of schools and increased searches in people looking to move there.

Despite having a population of just 76,000 and being remaining largely under the radar, Gower pipped a plethora of picturesque towns to the post.

Interestingly, the top 20 locations across the country which have been branded the most “up-and-coming” were dominated by locations in Wales and the North. 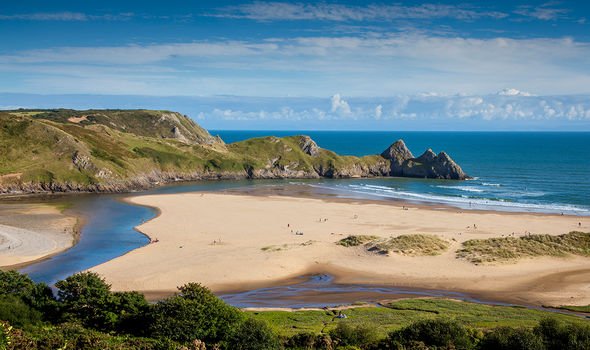 Areas in the North West such as Wigan, Oldham and Leigh, have proven popular while southern locations haven’t made the cut.

Central Manchester has become a hotspot for Londoners looking for a cheaper alternative to bustling city life.

Meanwhile, Wigan has seen a 13 percent increase in house prices since 2017.

More affordable homes, a greener quality of life and more people working from home outside of city locations has seen buyers gravitate away from the south.

Welsh towns have been particularly desirable in 2021, with half of the top 10 spots located in Wales.

The top 20 most up-and-coming property locations in the UK:

Ards and North Down, Norther Ireland

However, for buyers looking elsewhere, the study also detailed the locations that are becoming property hotspots in their own regions.

Romford, a market town in East London, takes the top spot for the capital.

The location is close to central London and has seen a 113 percent spike in Google searches for moves to the area. 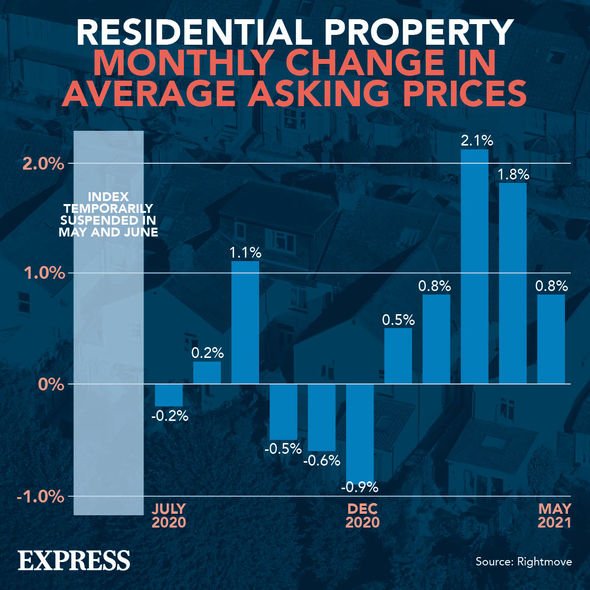 Other notable areas to watch include Tunbridge Wells and Hexham, a town based in Northumberland close to Hadrian’s Wall.

These are the most up-and-coming locations per region:

Northern Ireland – Ards and North Down

It comes as UK house prices increased by 13.4 percent in the last 12 months – the fastest pace since November 2004, according to Nationwide’s latest house price index.

All parts of the country saw a rise in house prices in the second quarter of 2021.

However, Northern Ireland and Wales experienced the largest year-on-year increases of 14 percent and 13.1 percent respectively.