Newly appointed oOh!Media chief executive Cathy O’Connor told staff on Thursday she expects to sell the publication before the end of the year after five years of ownership, bringing the billboard company’s investment in digital publishing to a conclusion. 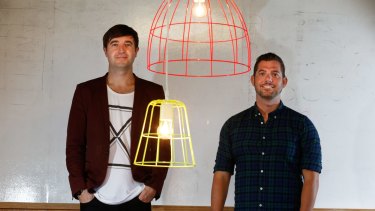 “The review was really about saying – where do we win? My view is that we have a lot of great upside in focusing on the core out of home assets,” Ms O’Connor told The Sydney Morning Herald and The Age. ”We’ve been proud owners of Junkee but the online publishing side of it is not core to that journey for us.

“Digital publishing needs to contemplate new things – does it leverage… things like audio, go after video strategies – and as the CEO of oOh!Media, I just feel that those things that Junkee rightly should contemplate are not core to our strategy.”

Junkee Media runs a range of websites including Junkee, Punkee and Qantas-backed AWOL.

The announcement comes a day after the publisher announced a new content deal with Facebook. It struck a deal with Google for use of its news content four months ago.

oOh!Media bought 85 per cent of the publication from its founders Neil Ackland and Tim Duggan in 2016 for $11.1 million, before buying the remaining 15 per cent several years later. Junkee was sold a year after Nine Entertainment Co (owner of this masthead) bought a 60 per cent stake in its rival, Pedestrian TV. OOh!Media’s acquisition was part of a digital strategy that aimed to link mobile, social media and billboard advertising.

But a lot has changed for the industry since 2016, particularly in the last 18 months. Outdoor advertising companies like oOh! Media suffered the most from an advertising exodus as COVID-19 lockdowns kept audiences at home, away from the CBD and unable to travel.

OOh!Media launched a $167 million emergency capital raising early on in the pandemic to strengthen its balance sheet as earnings started to topple. The impact of COVID-19 was shown earlier this year when the media company swung to a net loss of $23.9 million. Earnings before interest, taxes, depreciation, and amortisation (EBITDA) fell from $125.3 million in 2019 to $59.9 million for the calendar year.

At its latest half-year results, revenue from “other” media – digital media assets such as Junkee and digital printer Cactus Imaging – declined 12 per cent. oOh!Media booked a $2 million writedown on the value of Junkee.

Ms O’Connor, who started at oOh!Media in January, said the company is in the process of appointing advisors to conduct the sale, and Junkee should be sold in the second half of this calendar year. Its creative studio – which delivers advertising solutions for clients – will not be included in the sale. Junkee co-founder Mr Ackland, who is oOh Media’s chief content, marketing and creative officer, will remain with the company. There are about 60 people employed at Junkee.

“It’s important to say that there’s an aspect of the Junkee business we’re not selling and that’s the Junkee Studio – essentially a digital content creative arm,” Ms O’Connor said.

She declined to comment on the price she hoped to achieve in the sale, but indicated there could be several parties interested in acquiring the online publication.

“It’s a great business, it’s got a loyal audience…and a really good media brand,” she said. “We’re pretty confident that there is interest, probably from a range of operators, possibly for different reasons.”

She did not rule out any potential acquisitions for oOh! Media in the broader industry, but said the immediate focus was growing the company’s market share in outdoor advertising.

The Market Recap newsletter is a wrap of the day’s trading. Get it each weekday afternoon