Australian-listed oil and gas producer Oil Search and its partners in a plan to dramatically expand Papua New Guinea's gas fields have flagged a desire to revive negotiations with the country's new government after talks were abruptly suspended this month. 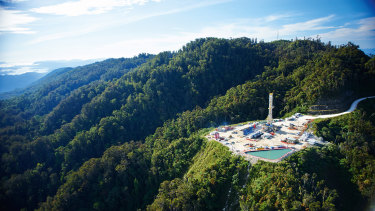 The P'nyang deal was one of two needed in the plan to double the Pacific nation's LNG exports over four years. The government sealed the other agreement – the Papua LNG pact – with Total SA and Oil Search in September.

Oil Search's outgoing managing director, Peter Botten, on Tuesday said lengthy talks for part of the expansion had "disappointingly" failed to reach agreement, but indicated its partners had signalled a willingness to return to the negotiating table with the PNG government.

"Both ExxonMobil and Total have indicated their support for renewed discussions with the government," Mr Botten said.

"All project proponents, including Oil Search, believe that the existing proposed three-train development is the most efficient way to develop Papua LNG and P'nyang and creates the most value for stakeholders, including the PNG Government and the people of PNG." 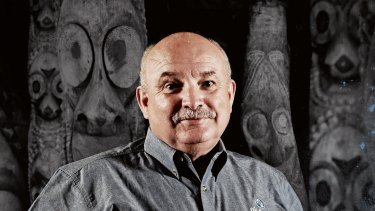 Mr Botten, who handed over the CEO role to Oil Search's Keiran Wulff this week, said the protect partners were "largely ready" to progress into the front-end engineering and design phase once the P'nyang gas agreement was finalised. Oil Search was "encouraging all parties to continue discussions and finalise acceptable terms"and said joint venture meetings were planned "over the next month to discuss ways forward".

The comments come as Oil Search on Tuesday reported an 8 per cent fall in its full-year profit to $US312.4 million ($473 million), falling short of analyst expectations of $US340 million, largely on the back of softer prices for LNG and oil throughout the year.

Oil Search said shareholders would receive a final dividend of US4.5¢ a share, bringing the total dividend for the year to US9.5¢, missing analysts' consensus of US10¢.

Analysts on Tuesday said there appeared to be "no further clarity" on the impasse with the PNG government, but were upbeat about the potential demonstrated by drilling at Oil Search's Alaska project.

"We continue to see Alaska as an important driver for Oil Search in terms of both upside value potential and portfolio diversification," RBC Capital Markets analyst Ben Wilson said.

"Having an operated asset in an oil-friendly political jurisdiction is a significant positive for Oil Search."