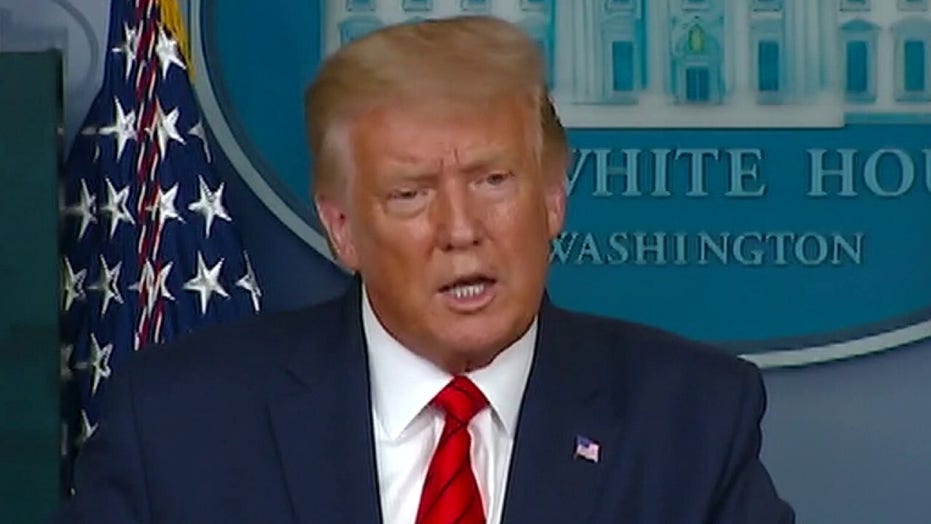 NPR was strongly criticized Tuesday after it claimed that President Trump had "no evidence" that Kyle Rittenhouse, the 17-year-old who shot three protesters in Kenosha, Wis. last week, acted out of self-defense.

"You saw the same tape as I saw," Trump said during a White House press briefing on Monday. "He was trying to get away from them, I guess, it looks like. And he fell, and then they very violently attacked him, and it was something that we're looking at right now, and it's under investigation, but I guess he was in very big trouble. He probably would have been killed but it's under investigation."

NPR responded on Tuesday by tweeting: "President Trump declined to condemn the actions of the suspected 17-year-old shooter of 3 [sic] protesters against police brutality in Kenosha — claiming, without evidence, that it appeared the gunman was acting in self-defense."

Rittenhouse currently faces multiple charges, including murder, for the shootings, which his lawyer says were acts of self-defense. Video footage taken that night shows Rittenhouse running from demonstrators before shooting two of them.

In footage obtained by The New York Times, one of those shot appears to try and attack Rittenhouse with his skateboard. Daily Caller reporter Richie McGinniss has claimed he saw Joseph Rosenbaum, the first shooting victim, pursuing Rittenhouse and trying to grab his gun.

"There is no legitimate argument for @NPR to exist as a taxpayer-funded entity," Media Research Vice President Dan Gainor tweeted. "It is ridiculously leftist and biased against the right. #DefundNPR".

"This is poorly done propaganda @NPR You guys realize millions of people have watched multiple videos of the attacks on Kyle and his response? In court that’s called …. 'evidence,'" Rep. Paul Gosar, R-Ariz., tweeted.

NPR did not immediately respond to Fox News' request for comment.

This isn't the first time the outlet, which has received taxpayer-funded grants, has been criticized for its coverage of ongoing unrest. It previously suggested that Portland authorities might be racist in labeling violent demonstrations as "riots."

The outlet's headline read: "Police Declare Portland Protests A Riot But This Definition Could Be Rooted In Racism."