The funds manager – which counts the similarly named heavyweight South African-listed Growthpoint REIT as its main security holder – said above average rental growth in Sydney and stable vacancy rates in Melbourne's metro office markets saw its net property income surge 9.1 per cent to $121.4 million, in the six months to December 2019. 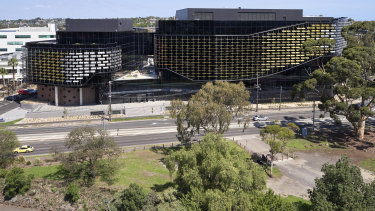 Growthpoint has finished construction of Botanicca 3 in Melbourne’s Richmond ahead of schedule.

Funds from operations – the earnings measure preferred in the property sector because it excludes fluctuations in portfolio values – were up 11.8 per cent on the previous period.

As a result, Growthpoint has reaffirmed its 2020 financial year guidance of funds from operations per security around 25.4¢ and distribution per security of 23.8¢, a rise of 3.5 per cent over the previous year.

Growthpoint, based in Melbourne, is an ASX-listed company managing a $4.2 billion property fund. Those properties gained significant value, 5 per cent, over the first half of the financial year off the back of positive property revaluations. 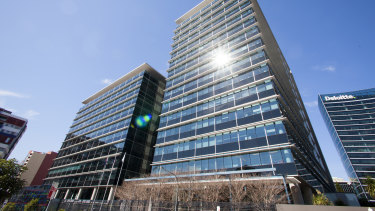 The fund owns and manages 26 high-quality office properties – about 69 per cent of its total portfolio value, with the remainder made up of industrial and development assets.

"It's been another strong start to the year," managing director Timothy Collyer said.

"We've leased more than 110,000 square metres across our portfolio, and I'm pleased that our tenants are increasingly choosing to renew their lease agreements, reflecting the strength of our relationships," he said.

Occupancy was at 98 per cent, in part because of the NSW Police Force's December decision to sign a 25-year lease over 32,000 square metres in Growthpoint's Curtis Cheng Centre in the Sydney office hub of Parramatta.

That deal was Growthpoint's longest lease agreement to date.

Its portfolio strength hinges on the fringes of Sydney, Melbourne and Brisbane's business districts where markets have performed strongly for a number of years.

The group's weighted average lease expiry, occupancy and reduction in debt were a "strength" and the company was making "good progress on developments," he said.

Analysts from Moelis Australia said the result "looks solid with no surprises."

Growthpoint has finished construction of the A-grade Botanicca 3 development in Melbourne's Richmond ahead of schedule and was on target for a return on income of between 7.5 and 8.5 per cent for the project.

However, the completed tower has no tenants as yet.

"There was a couple of proposals that we thought would go ahead late last year. They didn't occur, but certainly there is momentum, inquiry, inspections and proposals going forward. The first couple of months of 2020 have certainly been encouraging and positive," Mr Collyer said.

The building had wide corporate appeal with interest from major health care, aged care, retail, IT, engineers and service providers, he said.

Growthpoint, which has a broad mandate, has ruled out investing in today's retail sector. Earnings growth will come from development projects, but the business was also "casting an eye" over other income streams like co-ownership models and funds management, he said.

"We are only just starting to look at it. Certainly, there hasn't been a full board consideration of it. We're just flagging to the market what are our thoughts at this point in time," he said.