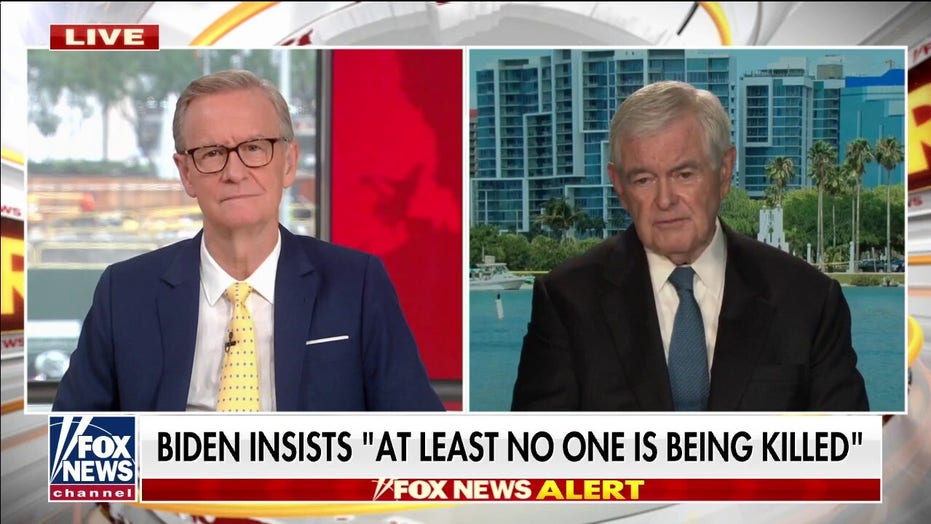 Former Republican House Speaker and Fox News contributor Newt Gingrich blasted President Biden’s handling of the Afghanistan crisis Thursday on “Fox & Friends.” Gingrich believes that Biden is merely trying to “endure” the fallout so he can get back to his left-wing agenda, calling for top military leaders to resign.

BIDEN SAYS ‘NO ONE’S BEING KILLED’ IN AFGHANISTAN, CAN’T ‘RECALL’ ADVISERS TELLING HIM TO DELAY WITHDRAWAL

NEWT GINGRICH: The damage he has done, I don’t know if it’s senility, ignorance or arrogance but I do know that the secretary of defense and the chairman of the joint chiefs should both resign. They accepted a plan that was militarily impossible. You don’t give up Bagram Airfield and think you’re going to keep the embassy. This is insanity.

I think President Biden has in his own brain blocked out any information which would challenge what he decided. Look, he’s got a bad problem. He made the decision to surrender to the Taliban. That decision is not working very well. He can’t walk it back. I mean, he can’t announce tomorrow morning that we’re going to send 40,000 troops to recapture Kabul and begin to destroy the Taliban, so he’s got, I think in his mind, he’s going to live through this horrible tragedy. We’ll come out the other end, and he’ll get to go back and talk about COVID and paying off the teacher’s union, and things passing a $3.5 trillion socialist big government bill. 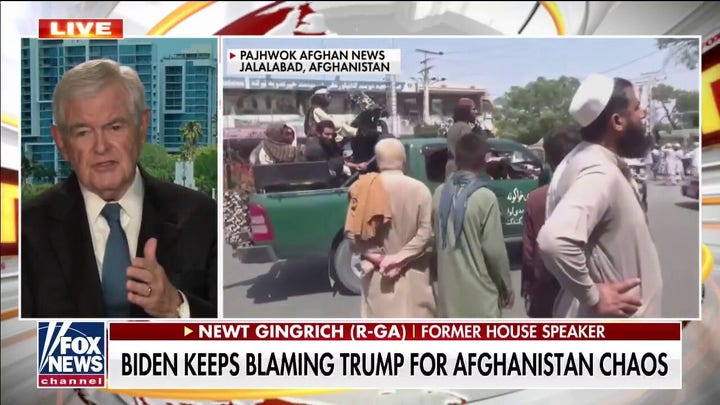