WHATSAPP is working on a secret self-destructing text feature that deletes photos and videos from the recipient's phone.

Normally you'd have to manually do this – but the new feature will let you set an automatic expiry, like Snapchat.

It's called Expiring Media, and will "unsend" the image after the recipient has seen the image and exited the chat.

This would help you keep your photos and videos private, rather than having them floating around in WhatsApp for all eternity.

The feature was spotted by WhatsApp super-sleuths at WABetaInfo, who regularly unearth upcoming updates for the app.

"WhatsApp has just submitted a new update through the Google Play Beta Program, bringing the version up to 2.20.201.1," the team wrote. 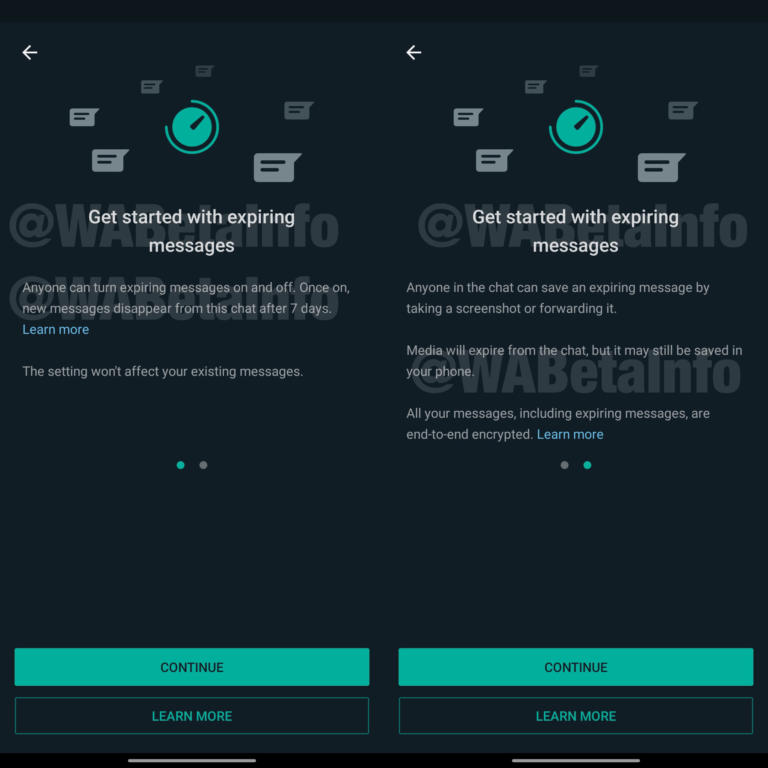 "When the user decides to send an expiring media – images, videos and GIFs – the media will disappear in the recipient's phone, once he leaves the chat."

You'll be able to activate the feature by tapping a new button next to the message box.

The image will vanish completely, although the recipient will be warned before they leave the chat.

WhatsApp is already said to be working on a similar self-destruction feature for texts.

Importantly, WhatsApp already lets you delete photos from someone else's phone after it's been sent.

It's called Delete For Everyone, and lets you "unsend" content for a limited time.

This works on Android phones, and most iPhones – unless the recipient has 'Save to Camera Roll' on.

If that setting is on, media is automatically downloaded to the recipient's phone – and can't be deleted by WhatsApp.

It's possible that this new feature may fall into a similar trap, due to Apple privacy settings.

The bad news is that there's no way of knowing when this feature will make it to WhatsApp – if ever.

WhatsApp regularly beta-tests new features to see if they work.

Sometimes they'll go on to the live version of WhatsApp, possibly with revisions.

And other times, they'll be scrapped completely without general users getting a chance to try it.

However, it looks likely that this feature will make it, given how far into the beta test it is.

Also, Facebook founder Mark Zuckerberg – who also owns Instagram and WhatsApp – has previously talked about his commitment to self-destructing messages.

In other news, a new WhatsApp update will let you log in to your account on multiple phones at once.

And the social media giant will ban political ads in the week before the US presidential election set to take place on November 3.