A union of workers at Google and its parent company Alphabet, which launched on Jan. 4, is condemning Google's investigation of an artificial intelligence (AI) ethics researcher.

Margaret Mitchell, who helped lead the company's ethical AI team before her email was suspended, was using automated technology to search through messages reportedly showing discriminatory language targeted at fellow AI ethics researcher Timnit Gebru before her exit, according to Axios.

The Alphabet Workers Union criticized Google's treatment of Mitchell and Gebru as an "attack on the people who are trying to make Google’s technology more ethical" in a Wednesday press release.

"Regardless of the outcome of the company’s investigation, the ongoing targeting of leaders in this organization calls into question Google’s commitment to ethics—in AI and in their business practices," the AWU said. "Many members of the Ethical AI team are AWU members and the membership of our union recognizes the crucial work that they do and stands in solidarity with them in this moment."

Google did not immediately respond to an inquiry from FOX Business.

A company spokesperson told Axios on Wednesday that it is investigating the reason why Mitchell downloaded thousands of files and shared them with people outside Google.

"Our security systems automatically lock an employee’s corporate account when they detect that the account is at risk of compromise due to credential problems or when an automated rule involving the handling of sensitive data has been triggered," the spokesperson said. 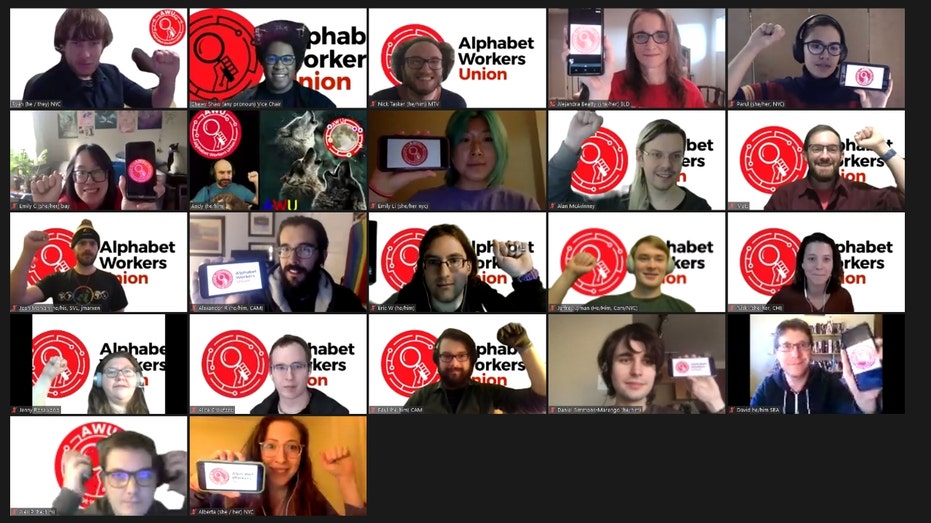 The spokesperson added that in Mitchell's case, Google's "systems detected that an account had exfiltrated thousands of files and shared them with multiple external accounts," and the company notified her on Wednesday.

In a December email to employees, Google CEO Sundar Pichai said the company would investigate Gebru's firing, according to Axios.

"I’ve heard the reaction to Dr. Gebru’s departure loud and clear: it seeded doubts and led some in our community to question their place at Google," Pichai said in the email. "I want to say how sorry I am for that, and I accept the responsibility of working to restore your trust."

Gebru has spoken publicly about Google's response to her exit and its investigation into Mitchell's email behavior on Twitter. She has alleged that Google censored and fired her while she was on vacation.

In a tweet posted on Dec. 2, the day before Gebru said Google fired her, she tweeted that Google employees who "harass women or threaten them you do not get fired."

"As far as I know I was the first Black woman ever to be hired as a research scientist there out of god knows how many RSs," Gebru tweeted on Dec. 8. "And man was it toxic. Whenever I talked to my friends about the latest issue I was dealing with, [people]…would wonder why I was still there."

AWU said it is "committed to supporting" its members "when they face harassment, retaliation, and discrimination."