The 2020 presidential election has been called and former vice president Joe Biden is set to move into the White House in January.

It didn’t take long for the local baseball team to come a-calling.

As Biden delivered his victory speech on Saturday night, the Washington Nationals posted an invitation for Biden to throw out the first pitch on opening day of the 2021 season.

The latter part of the Nationals’ statement, in which the team said it’s “excited to continue the long-standing tradition of sitting Presidents throwing out the first pitch,” might be the juicier part of the message, as it’s hard to ignore who interrupted that tradition.

With President Donald Trump’s time in the White House poised to end in January, he will become just the second president to not throw out a first pitch at an MLB game since Howard Taft started the tradition in 1910. The other was Jimmy Carter. 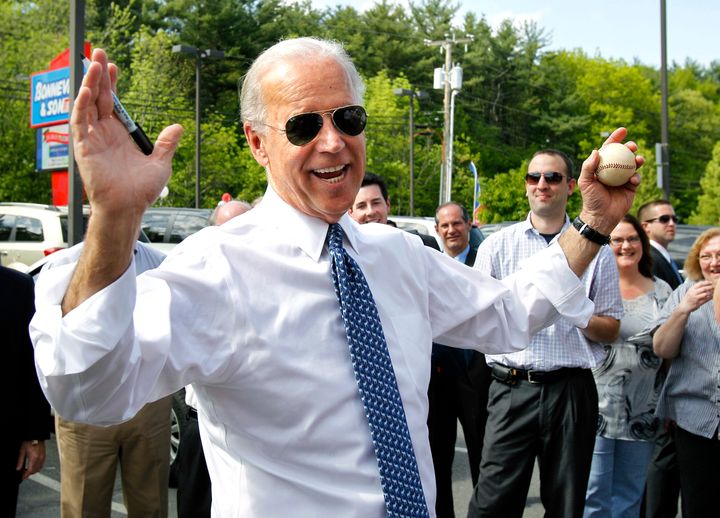 That’s a bit of a surprise given that Trump is a self-described “great baseball fan,” and it may not have been for lack of trying on both sides.

Trump’s team was reported to be looking into a first pitch at Nationals Park all the way back in 2017, but the White House later turned the team down citing a scheduling issue. Earlier this year, Trump essentially invited himself to throw one by announcing he had accepted an invitation from the New York Yankees, which was reportedly a surprise for the New York Yankees. That first pitch never materialized, and The New York Times later reported Trump only announced he’d throw it after watching Dr. Anthony Fauci receiving attention for throwing one.

There was also the time in 2019 when Trump attended Game 5 of the World Series at Nationals Park, but did not throw the first pitch out of security and logistical concerns. He instead watched Trump critic Jose Andres throw the first pitch, then got loudly booed when the Nationals showed him on the big screen.

Trump did throw first pitches before becoming president, perhaps most notably when he landed a helicopter at center field before taking the mound at a minor league game.