NASA is hunting for people to send to the space station, launch to the Moon, and possibly fly to Mars.

The US space agency has announced it will accept applications for its latest class of astronauts next month, the 23rd group to be selected over the past 60 years. 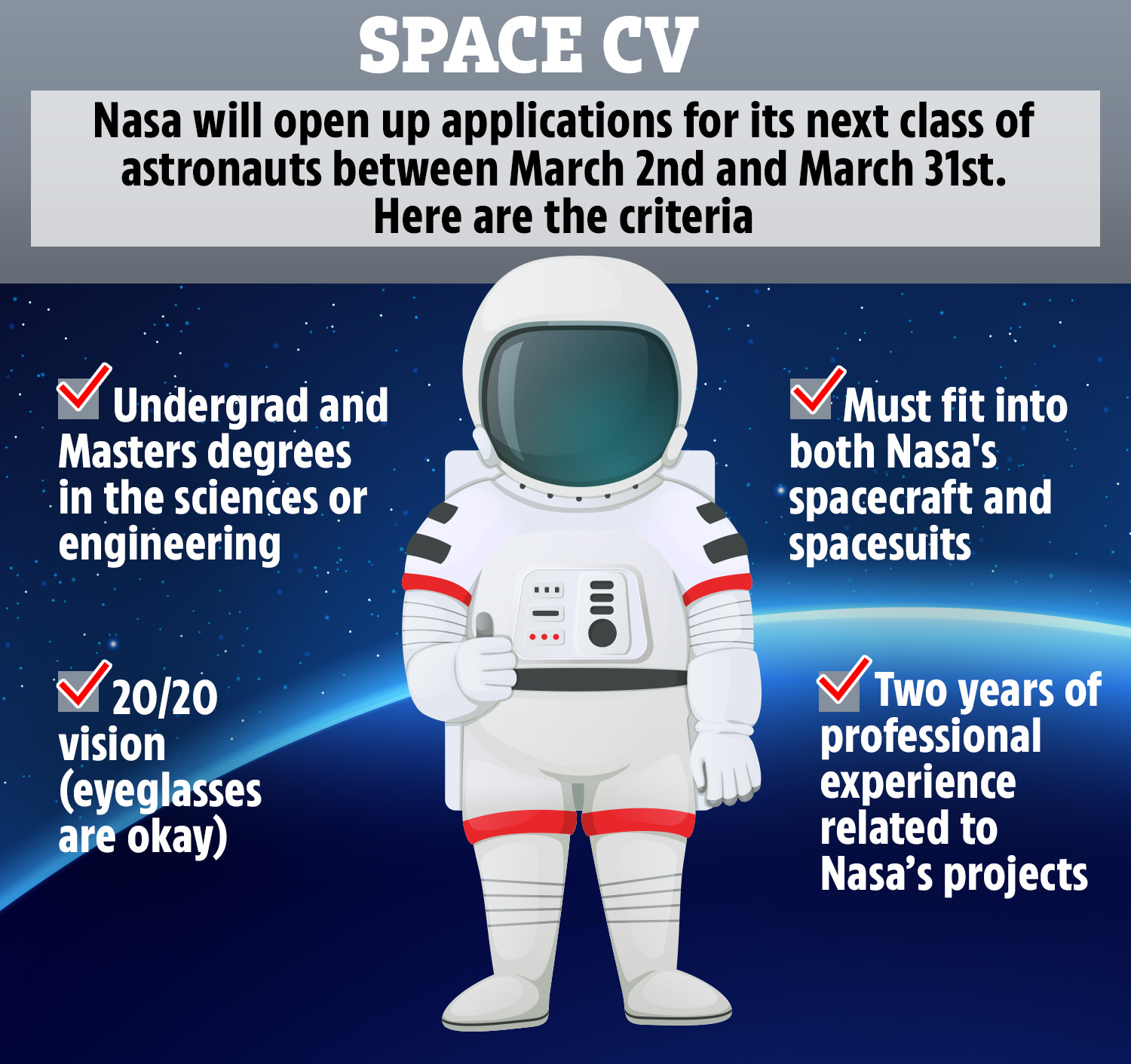 For the first time ever, Nasa will require wannabe spacefarers to have a master's degree in the sciences, maths or engineering.

Previously, applicants only needed an undergraduate degree in those subjects.

Nasa also demands that candidates have 20/20 vision (eyeglasses are okay) and fit into its spacecraft and spacesuits.

Successful applicants will have a chance to join Nasa's Artemis programme, which aims to land man (and woman) on the Moon as early as 2024. 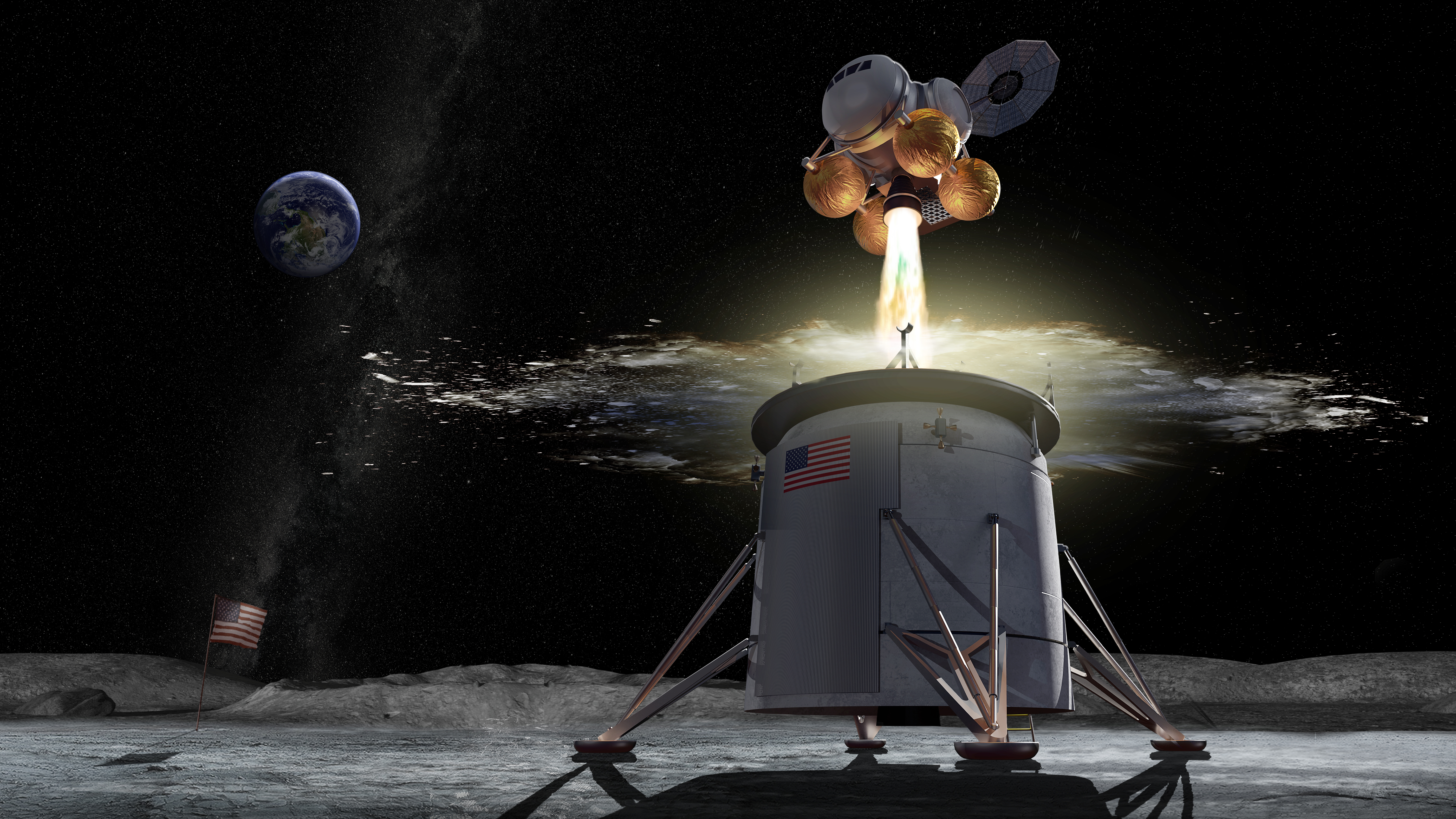 "We're on the verge of sending the first woman and next man to the moon by 2024," Nasa boss Jim Bridenstine said.

"For the handful of highly talented women and men we will hire to join our diverse astronaut corps, it's an incredible time in human spaceflight.

"We're asking all eligible Americans if they have what it takes to apply," he added.

Applications for Nasa's 2021 class of astronauts open March 2 and close March 31. Submissions will be accepted through the USAJobs website.

Here's everything we know so far…

Nasa was sent so many CVs during its last recruitment drive – more than 18,000 applied for the 2017 class – that it's made some changes this time around.

As well as upping its educational requirements, the space agency now asks candidates to complete a two-hour online screening before submitting applications.

This test will filter out grossly unsuitable candidates in a bid to give Nasa's hiring team a bit less of a headache.

As with previous classes, applicants must be United States citizens and pass a tricky physical test before they're accepted.

The recruiting push comes as Nasa plots more missions to the International Space Station and the Moon.

The agency's Artemis programme aims to send at least four manned missions to the lunar surface by 2030 with an eye on eventually landing astronauts on Mars.

"We target the number of people based on the missions that are planned," Nasa's Mark Geyer said.

"So you look at the missions that you have today, look at what the normal retirement rate is and then you figure out what all the jobs are — supporting the design folks, executing the plans, training and fly outs and still flying the space station 24/7. So we base it off of that."

In other news, Nasa recently revealed a surreal photo of Earth taken from 4billion miles away.

A space rock shaped like a snowman that formed 4.6billion years ago may have sparked life on Earth.

And, here are five times the world was supposed to end… but didn't.

Do you plan on applying for Nasa's job openings? Let us know in the comments!