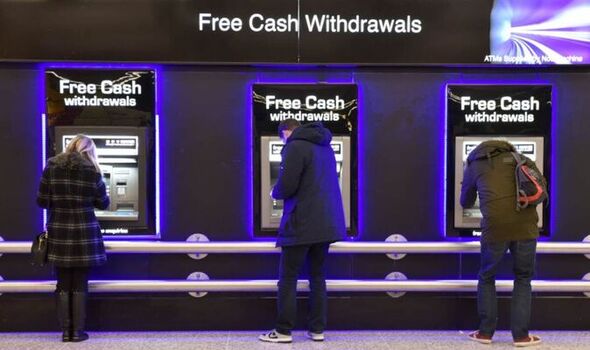 Despite the surging popularity of contactless payments, only a third (35 per cent) of people are not using an ATM machine monthly, new analysis of people’s banking behaviour shows.

Britons are still using cash with just over 80 per cent of people using an ATM over a three-month period.

And just five per cent of people have not taken cash out of an ATM in the last 12 months, according to research by the lender Abound.

Gerald Chappell, chief executive of Abound, said: “While going contactless and paying with smartphones, like Apple or Google Pay, has become the default at many businesses since the coronavirus pandemic, our data indicates that cash remains extremely popular – and in fact could be bouncing back.

“As the cost-of-living bites people’s incomes, it could be that people may be using cash to reduce their spending – as it’s much easier to see physically where their money is going, as well as a natural rebound as peoples’ lives return to normal following the pandemic.”

The large-scale analysis of ATM use by 50,000 people revealed insights into the cash habits of UK consumers.

Older generations – those aged 40-plus – continue to use ATMs frequently while those aged under 30 are 20 per cent more likely to use digital payment methods than use cash.

Londoners are 20 per cent more likely to be cashless than those people living outside the capital.

Almost four in 10 (37.5 per cent) of Londoners have not used an ATM in the last month vs. 31 per cent of people living outside.

Jenny Ross, money editor at consumer magazine Which?, said: “Millions of consumers rely on using cash every day to pay for essentials or to keep track of their spending during the cost of living crisis.

“However, people’s access to cash – through free ATMs or bank branches – has been severely reduced thanks to thousands of closures in recent years.

“To protect those who are not yet ready or willing to switch to digital payments, the government should pass the Financial Services and Markets Bill.

“However, new laws risk being undermined if getting hold of cash doesn’t remain free.

“Ministers should also hand the regulator the powers to oversee the cash system, with the ability to set a local community’s access to cash needs and ensure people won’t have to travel long distances to get it, before branches can be closed.”

As many as 587 bank branches have closed this year with another 75 set to be ripped out before the end of 2022 and 60 are scheduled for closure in 2023, lates Which? research found.