‘Baltimore HS student fails all but 3 classes over 4 years, ranks near top half of class’

‘A Baltimore high school student passed all but three classes over four years and still graduated near the top half of his class with a 0.13 GPA, according to Fox 45 Baltimore.’

Millions of Maryland taxpayer dollars are being spent on educating students who are not in school, according to a local report.

Maryland schools received an average of $15,148 per student in 2019, which adds up to a total of nearly $93 million spent to educate students who weren't in class across the state and nearly $606,000 at a single Baltimore high school, according to FOX45. 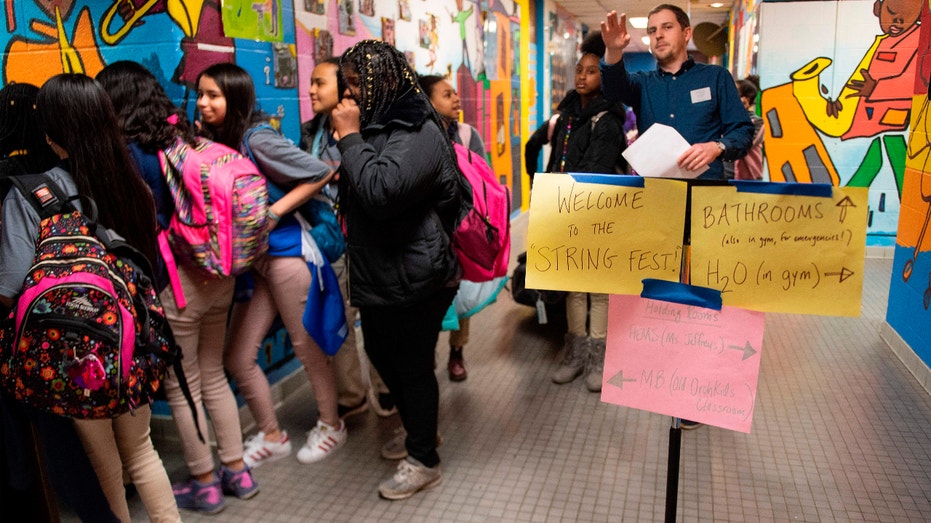 A teacher directs students to their rooms to get their instruments for the Baltimore Symphony Orchestra’s OrchKids program during the String Fling concert at the Lockerman Bundy Elementary School in Baltimore, Maryland, on March 12, 2019. (JIM WATSON (Getty Images)

"Ghost students," or students who are enrolled in school and remain on a school's roster even if they do not show up for class, can increase a school's funding, the report notes. Students are counted on Sept. 30 each year.

Maryland Comptroller Peter Franchot, who is running for governor, suggested the problem of excessive education funding in Maryland has existed for decades in an interview with the outlet.

"I lived through the Thornton era years ago," he told FOX45. "They promised us this is all paid for, and by the way, it's billions of dollars, and it's going to absolutely transform the system. It didn't." 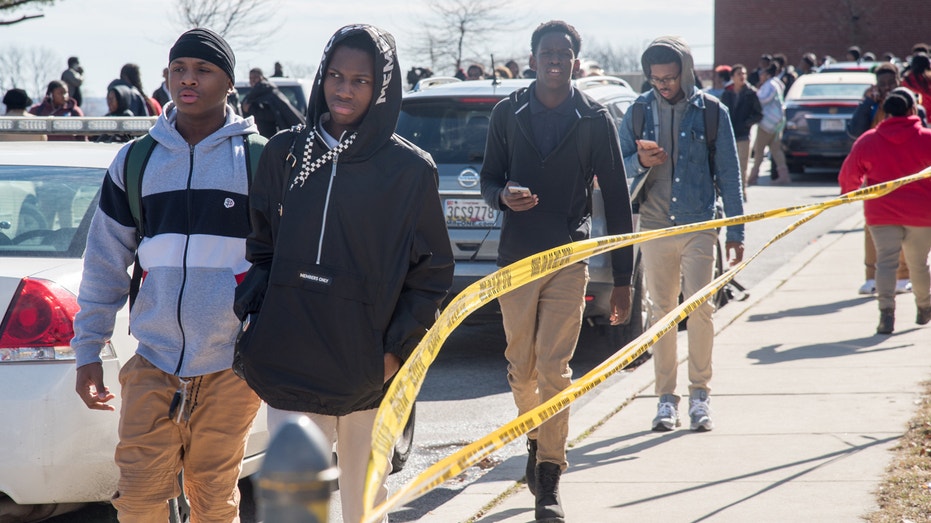 Students at Frederick Douglass High School were dismissed early after a 56-year-old staffer was shot inside the building on February 7, 2019. (Ulysses Munoz/Baltimore Sun/TNS) (Getty Images)

He added that schools should be counting students every month rather than once a year on Sept. 30.

"The fact that we're funding students whose whereabouts are unknown and not a small number, thousands, and it adds up to tens of millions of dollars, that's something that needs to be looked at," he said.

BALTIMORE HS STUDENTS FAILS ALL BUT 3 CLASSES OVER 4 YEARS, RANKS NEAR TOP HALF OF CLASS

Baltimore's Augusta Fells, which came under fire after earlier this year Project Baltimore published an investigation that found scores of students at the school were failing, gets $5.3 million from taxpayers each year, the outlet reported at the time. The investigation prompted questions about how the city's education funds are being spent. 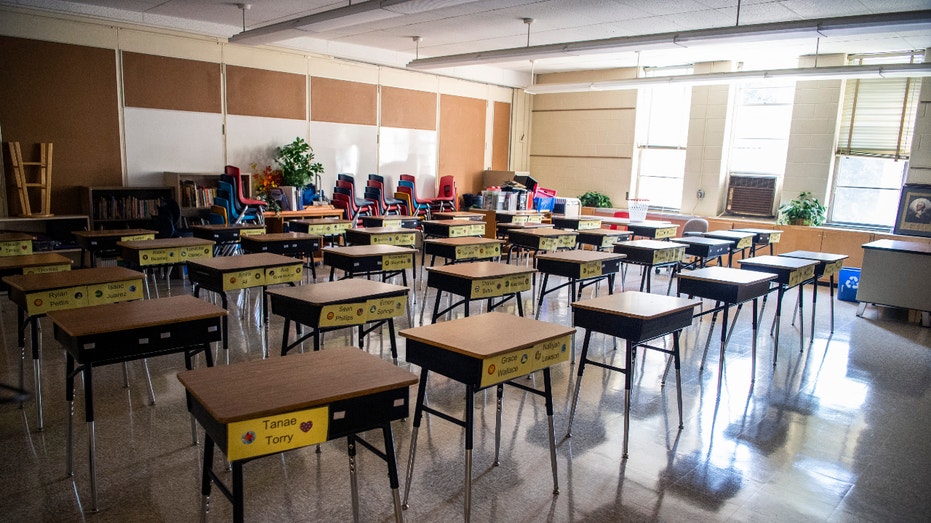 An empty classroom is pictured at Heather Hills Elementary School as officials conduct a materials distribution for parents to pick up for distance learning in Bowie, Md., on Wednesday, August 26, 2020. (Photo By Tom Williams/CQ Roll Call) (Getty Images)

The Baltimore public school district ranks No. 3 for the most money spent per student — $17,493, on average — in the state, according to a 2019 report from the Maryland Department of Legislative Services.

The legislation was based on recommendations from the Kirwan Commission, a 26-member group that prescribed huge increases in school spending. That spending, totaling upwards of $30 billion, became mandatory for state and local governments. The bill will increase state education spending per pupil from more than $7,000 in 2022 to $12,138 by 2033 and spending per pre-K student from $10,094 in 2023 up to $19,526 in 2033.