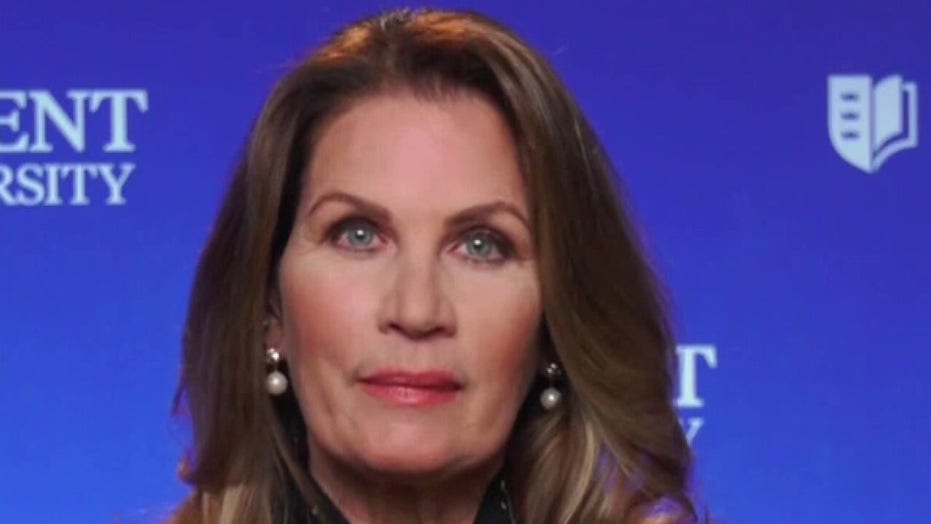 Bachmann revealed on “Fox News Primetime” that she was praying in the Capitol chapel when she was notified that the building had been breached by force.

“I was there because I wanted to be there to pray,” she told host Mark Steyn. “That was a big day, to certify the election results. And actually, when I left and walked through the Rotunda, I think some of the people had actually already breached the building, but I did not see them. I walked out and couldn’t get out because we were locked in. I was locked in for about five hours after that.”

Bachmann decried what she described as the mainstream media’s “absolutely sick” portrayal of the incident and the events that lead up to it, accusing them of “trying to destroy the names, the legacy of all the people who voted for Donald Trump for a second term.

A staunch Trump supporter, Bachmann praised the former commander-in-chief as “the greatest president in my lifetime.

“What he achieved on a public policy level is incomparable to any other president. And yet, he’s been made toxic in the last month, and we are being made toxic if we even admitted we voted for him the first time or the second time,” she said. “That is the objective, to destroy Donald Trump’s name, business, finances and political legacy and political future, and destroy any of us who admit to supporting his agenda.”

REP. CHIP ROY CALLS ON AOC TO APOLOGIZE FOR TWEETING CRUZ ‘ALMOST HAD ME MURDERED’

Bachmann said the Senate impeachment trial which begins on Tuesday will prove to be little more than “bad political dinner theater.

“The first purpose is to destroy Donald Trump, destroy any opportunity that he would have … [at] a political future. They also want to send the signal that anyone who deviates from present-day groupthink is going to be gonesville in the future,” she argued.

” And third, the other thing they want to do, is to make sure that they can distract from what is happening in the White House.”