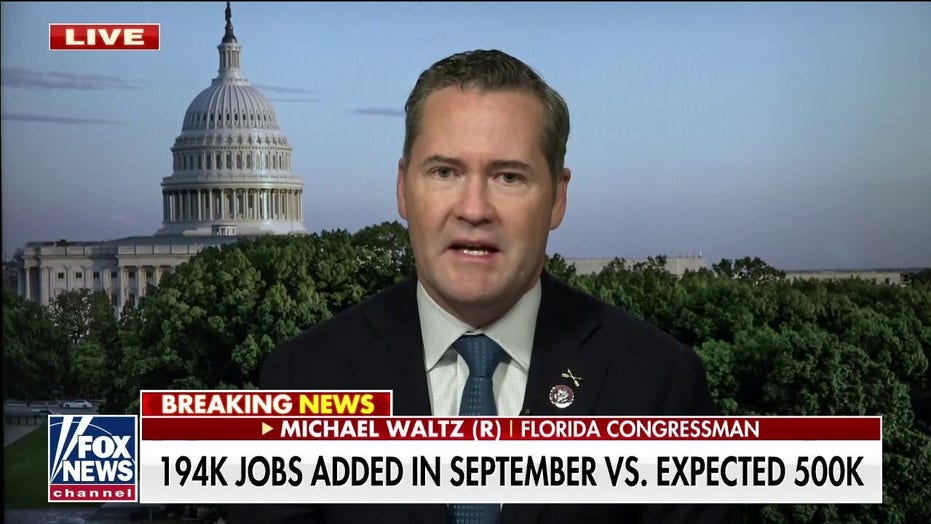 Rep. Michael Waltz, R-Fla., on 194K jobs being added in September instead of the expected 500K.

Rep. Michael Waltz, R-Fla., told “Fox & Friends” on Friday that the September jobs report points to an “anemic and flat economic recovery” in the United States, likening the economic picture to the Obama years.

MICHAEL WALTZ: I think what we are going to see is a repeat of the Obama years where we have this long, slow, anemic kind of flat recovery. I can tell you, the small businesses, even some of the large corporations that I’m talking to out there, everyone is afraid of the hammer that is going to drop from Washington, D.C. in raising their taxes and they’re afraid to make investments. They are sitting on the sideline and instead of investing in new buildings, new jobs, new growth, everyone is waiting to see what kind of hammer comes from D.C. and this massive tax and spending bill. 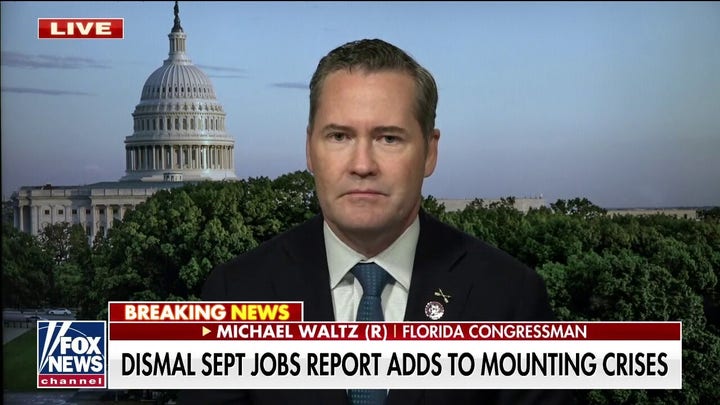