The people who spoke to CNN Business said that they believed the Examiner’s editor in chief, Hugo Gurdon, handed down the order because he was afraid such stories would lead to the network blacklisting Examiner staffers. Prior to January 1, the Examiner had published some stories critical of Fox News. But since then, the stories have been almost uniformly positive for the network, including several articles touting Fox News’ ratings success. A rare exception was a recent story which quoted Trump criticizing the network. 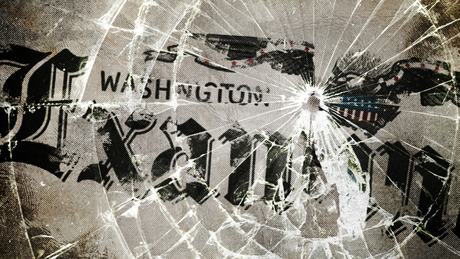 The directive from Gurdon illustrates the influence Fox News wields over conservative media organizations. Such organizations know that if they antagonize Fox News their reporters and editors might no longer be invited on the network, and they’d lose a valuable opportunity to promote their work and drive traffic to their websites.

Neither Gurdon nor a spokesperson for the Examiner responded to multiple requests for comment.
It’s not unprecedented for a conservative media organization to direct staff to avoid criticizing Fox News. In 2015, when Tucker Carlson worked as a contributor for the network while simultaneously serving as The Daily Caller’s editor in chief, Carlson made such a policy clear to his staffers. Carlson said in an interview with Real Clear Politics that reporters couldn’t “go after Fox” because he worked at the network and it presented a “conflicted situation.”

Jon Nicosia, a former breaking news editor at the Examiner who was fired in February, but who has said he believes the outlet was wrong to do so, was one of the people who spoke to CNN Business. Nicosia said that Gurdon gave the order directly to him in January.
“We could not write negative stories about Fox News because it jeopardized people getting on TV,” Nicosia said.
The second person familiar with the matter, who requested anonymity to discuss internal workings at the paper because they were not authorized to do so, told CNN Business that Gurdon told certain staff that the Examiner should not put Fox News in an unflattering light.
“Hugo said not to cover Fox negatively,” the person said.
To stay in Fox News’ good graces, the Examiner went so far as to have a story about the network’s history of sexual harassment removed from its website, Nicosia said.
The now-deleted story was about former Fox News host Megyn Kelly and the YouTube video she posted about the movie “Bombshell,” a film about some of the sexual harassment that took place at the network.
In Kelly’s video, the former Fox News host reacted to the movie and spoke about the sexual harassment she and others had dealt with at the network.
Kelly said in the video that Roger Ailes, the late Fox News chief who was forced out of Fox News over sexual harassment allegations, had made her “twirl” for him.
The Examiner published a story, written by reporter Mike Brest, on Kelly’s allegation. It was headlined, “Megyn Kelly says Roger Ailes forced her to ‘twirl’ for him.”
Then Brest’s story vanished from the Examiner’s website. The URL now directs users to a 404 website. No editor’s note was left in its place explaining why the story was removed.
Brest did not respond to requests for comment, but a person familiar with the matter said he had been unaware the story had been deleted until CNN Business asked him for comment. CNN Business was able to review the story in question because a copy of it was cached by Google.
Removing stories without offering an explanation to readers goes against traditional journalistic ethics.
Nicosia told CNN Business that Gurdon told him to have the story removed from the Examiner’s website shortly after it was published.
“I was called into his office about the Fox issue,” Nicosia said. “He asked how long [the story] had been up and I said, ‘Just a few minutes.’ He said to take it down.”
A Fox News spokesperson said the network did not reach out to the Examiner about that specific story, but did not respond to additional requests for comment by the time of publication.
Nicosia also told CNN Business that Gurdon had at one point directed him to write an email to Fox News’ public relations team assuring them that the Examiner would not cover certain stories related to the network.

The Examiner has had a turbulent start to the new year. In February, the conservative news organization parted ways with its managing editor after audio secretly recorded by Nicosia revealed that the managing editor had privately made sexist and homophobic comments about staffers.
After severing ties with the managing editor, the Examiner’s parent company said it would have a third-party conduct an investigation into the outlet’s workplace culture.
Source: Read Full Article